Improving Oil, Gas and the Environment

While some companies in the oil and gas industry are solely in the business of chemical products, Coil Chem is committed to creating full, performance-enhancing solutions that are better and safer for the environment. Under the experienced leadership of industry veteran Jerry Noles, Coil Chem develops innovative, laboratory-tested drill out, frac, and completion chemicals, high volume water treatment products, specialty chemicals, and an exclusive line of SoilChem environmental cleaning solutions.
~
Headquartered in Washington, Oklahoma and with four service centre locations, Coil Chem operates interactively through licensed partners, providing clients with a broader reach, and creating a greater market presence in most shale bases in the United States and internationally. Over 75 percent of the company’s operation footprint is currently centered in the U.S. – namely Texas, Oklahoma, and New Mexico – to support areas with the highest levels of drilling and fracking.

A Decade of Dedicated Service
With a top-notch executive management team, Noles – a veteran of the oil and gas industry with over 30 years of experience – continues to lead Coil Chem into the future. As company Founder, Owner, Chief Executive Officer and Technical Director, Noles is a recognized leader in the Coiled Tubing Industry. Having Developed and patented several tools which became industry standards, he created Coil Chem in 2009. The company focused on frac operations until 2013 before growing the chemical side of the business, followed by water treatment equipment, and providing clients with a rich range of products and services.

On the threshold of its tenth anniversary, Noles says Coil Chem is the busiest it has ever been. “Well, that’s one celebration!” he says, proud of his team. “This year has been the culmination of all the work we’ve done up to this point, where it’s really started to manifest itself with the level of activity that we have.”

Coil Chem dedicated its early years to research, developing and establishing performance baselines for chemistry and other work. It first introduced those products to the market in 2014-15. A cycle within the market delayed the rollout of some materials, but the market recovered and gained traction in 2017-18.

“This year will probably be the largest year we’ve had since we’ve been in business,” says Noles. Opening a new office and yard in Midland to better serve the area, the company’s staff of about 50 is expected to double – at a minimum – by the end of the year, and double again in the next 18 to 24 months.

Cleaner Water for Fracking
Coil Chem is more than just a chemical company – it also provides on-site testing, customer chemical training, and 24-hour support. From frac to drill out and completion chemicals, its products reduce time on location, and bridge the gap between crosslink and slick water operations. Under the auspices of Dr. Sangjoon Kim, chemical engineer, Vice President of Manufacturing and R&D Director, Coil Chem continues to dedicate resources to research and development, continually improving the company’s innovative products and solutions.

And Coil Chem earns its industry-wide reputation for quality products and customer service – testing quality at all locations, providing further assurance the best and most appropriate chemicals are being used for all applications.

The oil and gas industry, in its early years, was not always concerned with overall performance and efficiency – as long as it got the job done. However, as climate awareness and environmental impacts become more and more important, Coil Chem recongnizes the need to not only improve the overall performance of oil and gas industry chemicals, but to find ways to minimize the application of chemicals, and they are not shy about investing in the research to do so.

“A lot of the work we’ve done is process-driven,” states Noles. “We treat water and improve water quality, and by the sheer nature of that, we can reduce some of the chemical requirements associated with water to bring it to an acceptable level. And that’s primarily being done within re-used water. Much of the water industry is currently using to hydraulically fracture wells has been produced from existing or pre-existing wells, so instead of taking that water and disposing of it, industry is taking that water and using it as part of the hydraulic fracturing process.”

Comparing water being stored in large reservoirs or tanks to water found in swimming pools, Noles illustrates that the more contaminated the water, the more it must be chemically-treated to bring it to acceptable levels and reduce bacteria and contaminants for fracking. The water starts off fresh at one point, yet becomes contaminated with bacteria and algae — the same holds true for produced water. “Part of the process we are pushing is actually using mechanical elements to clean that water, remove those contaminants, and minimize the chemicals being applied,” he says. “That’s elevating not only the performance of the material in the performance of the chemistry, but at the same time, it reduces requirements and needs for chemistry.”

By providing process control, equipment, and components to help reduce the application of chemicals within the oil and gas sector, and using more environmentally responsible chemicals in combination with mechanical methods to remove contaminants, Coil Chem is setting performance benchmarks and a level of expectation industry-wide. In fact, major oil and gas companies are focused on reducing the amount of chemicals they are applying, being more environmentally responsible, minimizing the amount of water used, and making efforts to reuse and recycle water, rather than fresh water.

In its frac division, Coil Chem became the first company to data-log 100 per cent of the water being pumped into reservoirs during the course of fracking, and is developing a sizeable database. While many companies spot-check and record values of water, they don’t log the entire volume of water. By logging all water being injected during fracking operations, Coil Chem is establishing baseline performance values, iron content, control variables, and knowledge of how operations are affected. “That’s where collecting this data allows the industry as a whole to really start driving the decision-making process based on known values, not just spot-checks and sporadic information,” says Noles. “Collecting that is one of the key drivers behind what we do.”

The company is also improving the environment is through another one of its businesses: Soil Chem, which engineers soil stabilization, dust control, and water remediation solutions. Along with products such as StabiZyme™ – a long-term soil stabilizer binding and strengthening product for unpaved road surfaces made from natural enzymes and through fermentation – the company manufactures fertilizer. Developed for no-till application on pasturelands where erosion is a concern and soil cannot be disturbed to introduce fertilizer into it, liquid fertilizers are sprayed on the surface to increase nutrient uptake for plants.

Creating Awareness
Representatives from Coil Chem have spoken at mining conferences, and been asked by local chambers of commerce and organizations like the Lions Club to discuss development within regionalized areas. They also give lectures and participate in various platforms in and out of the oil and gas industry, preparing technical articles and working to elevate the level of awareness of the industry. Coil Chem has also been, highlighted on Fox Business Network’s Manufacturing Marvels, and the company has appeared on the Smithsonian Channel’s reality program Boomtowners.

“We had a role in that back several years ago, and that really reached a broad area of the overall population,” says Troy Bishop, Vice President of Sales and Marketing. “We used that platform to really educate the general population as to what our industry is doing, and some of the good things we are doing to help reduce water consumption, help facilitate water re-use, and change public perception.”

Based on current workload and opportunity, Coil Chem anticipates much more growth in the next couple of years, and have actually instructed staff not to sell any more work for the time being. “The opportunities just within our current market setting gives us the opportunity to increase our workload easily by a factor of four,” says Noles. “The market has really started to embrace a lot of work we have done, and present tremendous opportunities for us. We are growing, but we’re trying to do it in a measured format, not to grow too quickly.”

With the company’s biggest driving force being “improving the performance and the perception of the oil and gas industry,” Noles says many of us tend to disassociate the cars we drive, the fuel we use, and the natural gas that heats and powers our homes from reality, and often remember only disasters involving oil and gas.

“The public doesn’t see all the work that goes on behind the scenes to really improve the industry,” he says. “For the first time in recent history, we have become energy-independent, and a lot of it happened in early 2000 when the first wells were actually hydraulically fractured within the Barnett Shale. Natural gas was at a cost of $15 per thousand cubic feet; now, natural gas is below three dollars per thousand cubic feet. And what has really driven that has not been the level of consumption – which continues to increase – but the efficiency at which the oil and gas industry has been able to extract that material, to find new resources, and ways to improve overall efficiency. That has really driven that price down.

“And although the general population may not give much consideration to it, we have some of the cheapest energy in the world right here within the U.S. And part of the reason we have some of the cheapest energy is because of all of the work that the oil and gas industry is doing behind the scenes to improve efficiency, and focus on new ways to extract materials from the ground, even with older and mature wells, and finding new ways to be much more efficient and reduce the environmental impact while doing so.” 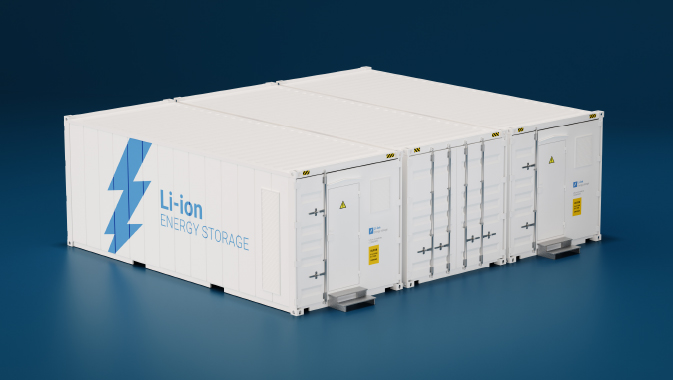 Improving Oil, Gas and the Environment