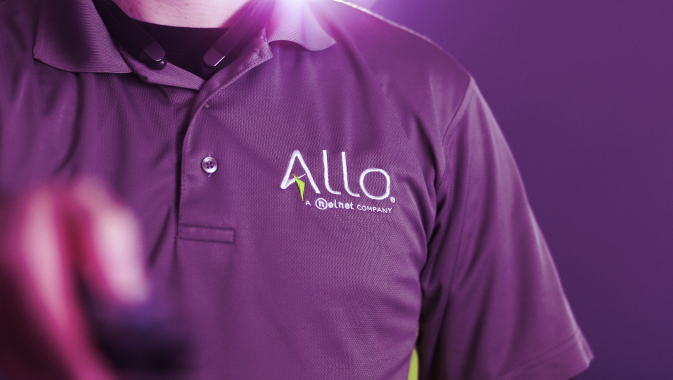 Access to the internet has gone from being viewed as a privilege to a human right debated on the national and international stage. Even in North America, many communities lag technologically. ALLO Communications is working to bring the Midwestern United States into the twenty-first century with high-speed internet delivered through cutting-edge fiber optics.

We first profiled ALLO in July of 2018. Over the past thirteen months, the company has continued its expansion into new markets while retaining its signature personalized customer service.

ALLO was created over fifteen years ago to bring high-speed fiber optic telecommunications to communities across the Midwest and Rocky Mountain states and is rapidly becoming the premier telecommunications provider to the region. Fiber optics are faster than traditional methods such as digital subscriber line (DSL) and allow much higher data transfer rates with negligible signal loss, even during peak periods. The technology is the next step in telecom development and is capable of transmitting phone, television, or internet signals.

From its headquarters in Imperial, Nebraska, the fledgling company soon extended its service area and its services. It began with business installations and added residential service in 2011. In 2015, the company was acquired by Lincoln-based financial services company Nelnet, ensuring a steady business stream. In more recent years, ALLO launched in more communities throughout Nebraska and Colorado.

Today, it is both looking for new areas to serve and has plans to strengthen its current commitments to communities throughout the region. The company’s staff numbers have more than quintupled to accommodate new contracts, and it has the experience and capital to service large-scale customers.

One of the company’s crowning achievements has been its expansion into Lincoln, Nebraska, helping the state capital create a broadband infrastructure that will attract new business to the area and enhance its residents’ quality of life. ALLO’s impact is self-evident; Lincoln rose from an internet speed ranking of twenty-eighth in the state in 2015 to sixth out of the top one hundred American cities in 2018, according to Ookla.

“Looking back, I can’t believe how fast and how high-quality the project was,” comments Founder and Chief Executive Officer Brad Moline, elaborating that it was also extremely safe with little municipal disruption, not an easy feat in a city of nearly 300,000 people. Over one thousand contracted employees worked on the Lincoln project, making this ALLO’s largest work to date.

As the company grows to meet increasing demand, it has been scrambling to recruit new talent. “We had a hundred employees in December 2015,” Moline says, “and today we have 550.” The company is working hard to adequately train new hires to accommodate its particular brand of localized customer service and has embarked on extensive training programs, ensuring employee efficiency and customer satisfaction.

“We work a lot at making sure we have people doing the right skills that match their personality,” he remarks. ALLO’s recent success means that the company always has new hires in need of training. “That’s a constant challenge, but it’s a good challenge.”

In late 2017, it purchased the assets of a company that was developing the business district of the Nebraska town of Hastings, one hundred miles west of Lincoln, and it anticipates completion of the project later this year. The company was also contracted as a telecom provider for Breckenridge, Colorado late last year.

Moline credits the company’s growth to its advanced products, lower rates, and, above all, superior customer service. One of the company’s core philosophies is a desire to remain local, and its personalized customer service allows this. Despite moving into multiple communities, it retains a decentralized approach.

“ALLO adapts to the community,” he states. “We don’t expect communities to adapt to ALLO.” Eschewing a central customer service group, the company builds self-sufficient networks for each community.

Moline says this approach ensures greater connectivity between ALLO’s employees and its customers. “We make sure our workforce acts the same as the people we’re going to serve,” he says. In his view, employees are customers’ peers and neighbors, rather than unseen faces in a faraway call center. “You’re not local if your leadership and service platform are centrally based,” he says.

Despite this approach, ALLO also avoids the disconnect between headquarters and field offices sometimes found in large, sprawling companies. Naturally, the company is a user of its own top-of-the-line video conferencing equipment to maintain steady communication. As an accountant and former chief financial officer, Moline recognizes the temptation of centralizing services for efficiency and affordability. But in the end, he says, “what you end up costing yourself is customer experience and therefore market share.” This bottom-up approach ensures greater autonomy within ALLO’s smaller communities. It also serves to improve communities as a whole, rather than merely build a telecom network.

While he is undeniably a businessman first and plainly cites the primary goal of gaining dominant market share, Moline also states that the company can change a community. When examining potential communities in which to invest, “We look at the long term,” Moline notes. The company evaluates a community’s potential growth over a thirty-year period. “We’re not looking to do anything quick.”

ALLO establishes redundancy to ensure minimal service gaps. The company’s expansion plans must be regional and controlled, as Moline fears a “shotgun approach,” across too many communities will leave it overextended. “So far, we’ve got more communities on our list that could be built than we have time to build,” he admits.

Instead, it is fully devoted to its customers’ long-term growth. However, while it will provide the tools necessary, ALLO will not tell its customers how to run their towns. “If the entire community is covered by broadband,” Moline advises, “let’s let the community figure out how best to use it.”

Regardless, the possibilities cannot be denied, and ALLO is in the unique position to work with communities on next-generation civic management. Moline reveals an “evolving situation” for additional community-owned networks but says the company is not yet ready to make any formal announcements.

“When you have fiber [optics] everywhere, that becomes something that not a lot of communities can say,” he says. ALLO is already working with communities to automate and monitor certain civic functions like traffic flow. “I think a fiber network allows for so much more.”

He believes quality internet access is a necessary step in any community’s development. “High-speed broadband, no matter how it comes, is as important as the electrification of the United States in the early 1900s,” he says. “It’s so important for that ecosystem.”

He envisions ALLO as a company capable of serving all communities, not merely those that can afford the expense of fiber optics. “We’re focusing on those communities that may have been left behind a little bit, even though they’re very successful communities,” he explains. “Lincoln was like that.”

With ALLO firmly committed to providing superior, cutting-edge technology and equally superior customer service, the company’s future is strong. “We are a disruptor,” Moline declares, “so we go into communities and make a community better.”

Through its proven model of local activism, ALLO is helping its customers build better lives and grow together as communities. But above all, Moline credits the company’s employees for their role in growing ALLO into what it is today. “Those associates know that, when they come to work, they’re making a difference every day,” he states. “Not every job allows you to go home at the end of the day and say, ‘hey, I made a difference.’” 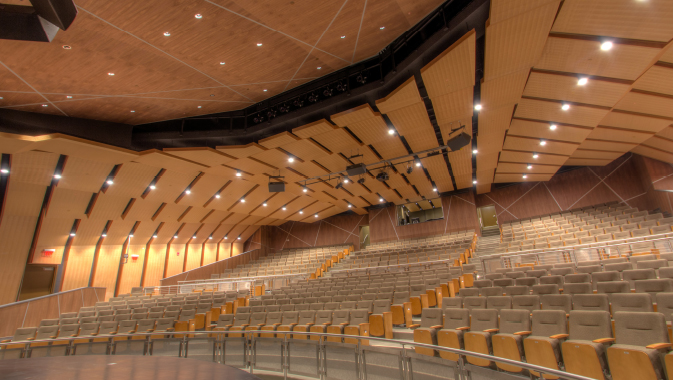