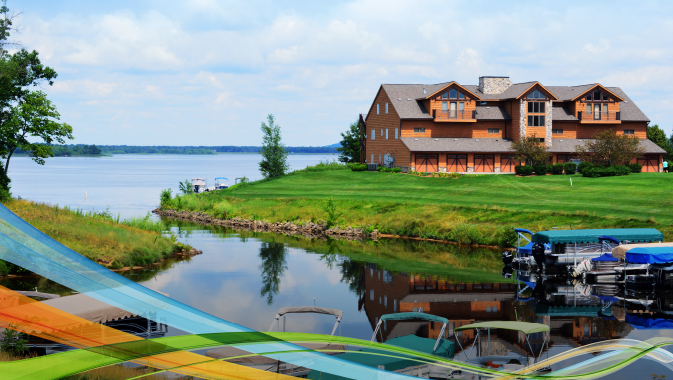 Adams County, with an approximate population of 20,000, is a beautiful rural area located in Central Wisconsin, twenty three miles from the distinctive Wisconsin Dells. Clean air and ample bodies of water make it a popular spot for tourists, but it is the quality of life found there that truly makes it so special.

Before the 1990s, agriculture was Adams County’s main industry, and today, it is not uncommon to find third-, fourth-, and fifth-generation farms. “We have some century farms and family farms in the county that are well over one hundred years old,” says Adams County Economic Development Corporation Executive Director Daric Smith. “At one of our bigger farms, the gentleman in charge is the sixth generation to farm that land. We’ve had farmers and agriculture here since the beginning, and that certainly isn’t going to change.”

The county has also built a reputation for being a fantastic destination for enjoying the great outdoors. Between its abundance of nature and wooded areas, lovely vistas, rivers, and close to fifty lakes, including Petenwell Lake and Castle Rock Lake, respectively the second- and fourth-largest lakes in the state of Wisconsin, the area is beloved by outdoor enthusiasts and for those who appreciate nature, regardless of what time of year it is. “We really embrace an outdoor lifestyle,” says Smith. “There are lots of opportunities for people who like doing things outdoors.”

Adams County has at least six golf courses, including one that is presently under construction. The Sand Valley Golf Resort has returned everything to its natural state of sand dunes and native cacti. “There are many golf courses in Wisconsin, but you’re not going to find a lot of counties with as many good courses as Adams County,” says Smith.

In 2018, tourism numbers for the county went up nearly ten percent. “That is roughly twenty million dollars in direct visitor spending in the county,” says Smith.

Of course, the great outdoors is only one of the attractions found here. “We also have a wonderful school system,” says Smith. “We have a great population of folks who really take pride in our community.”

The fact that Adams County is centrally located in the state of Wisconsin – three hours from both Twin Cities and Chicago – also gives its business owners a unique advantage. The location is especially ideal for manufacturing companies as there is plenty of land available for development as well as business parks and easy shipping. “It’s easy to get everywhere,” says Smith.

Since 2015, the county has had nearly forty new business projects and start-ups, most of which are small, hometown businesses, but for a community of this size, the number is impressive.

Like many other areas, Adams County is dealing with an ageing population caused by the migration of its youth to other areas for careers, so the county has started to take a closer look at that dynamic and work toward finding solutions to help reverse the trend.

One of the things it has done is to implement programs in workforce development with a view of showing local school kids, teachers, and parents the career possibilities that exist.

“We’ve recently taken a stance that we need to make a much stronger effort to keep our young people in the community,” says Smith. “So, we’ve worked some money into our budget that allows us to do some business tours with local students. It also allows me to be in the schools more often talking to students, to send students to business camps, and things of that nature,” he shares.

“We didn’t have much presence in the schools a few years ago, and now, our goal is to have a pretty heavy presence there. We’re not where we need to be yet, but we will be within the next year or two,” says Smith. “There was a time where there was a big push to send as many young people as possible to a four-year college to get a degree, and there is still a big push. A lot of people, parents and children, have a certain view of manufacturing and other jobs that don’t require a four-year degree; they refer to them as the three Ds: dumb, dirty, and dangerous.”

Smith predicts, however, that there will one day be a change in that attitude, and that people will eventually start to move away from that way of thinking. “You’re going to see a lot more people – younger and older – go to school and get two-year degrees, associates degrees, and things like that,” says Smith. “Kids will start going to two-year schools and trades schools because most of the credits that they earn now will transfer over to a four-year school if they decide to keep going, and once they get out of those schools, they can get a job making good money and have little to no college debt whatsoever,” he says.

“There’s nothing wrong with a four-year degree,” says Smith. “For lots of jobs, it’s necessary, but for the kids who only want to get a four-year degree because they feel it is expected of them, they might decide to get two-year degrees and get out in the workforce a lot sooner, and with much less debt owed after their education is complete.”

Another challenge that Adams County has faced is a cycle of generational poverty, but it continues to work towards improving that problem. ”We’re trying to put those opportunities in front of them and see what fits for them,” says Smith.

Another great aspect of the county is how there is always something to do. “It doesn’t matter what time of year it is. It might get brutally cold in winter, but if you don’t mind being outside, there are still things to do. And you could find new things to do every day,” says Smith.

Adams County is growing and moving forward, but it continues to be incredibly proud of the quality of life it has to offer its residents and visitors and is eager to have others experience it too. “We are open for business, and we try to welcome every business as open-mindedly as possible and with open arms,” says Smith. 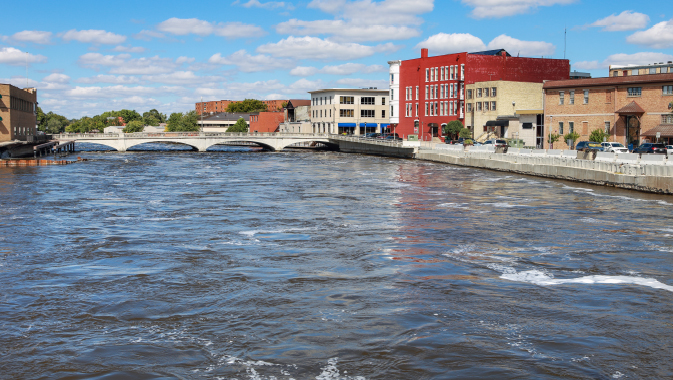