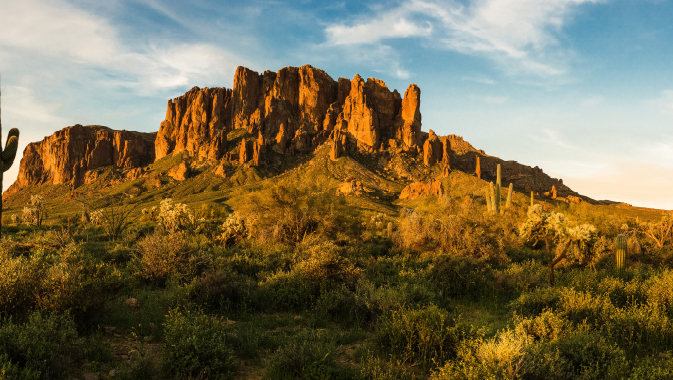 Located between Phoenix and Tucson, in a scenic area of south-central Arizona, is Pinal County. With the Superstition Mountains in its north and the Aravaipa Canyon Wilderness area in the south, Pinal County’s scenic location of wide open beauty is just one of many unique features it offers its residents. The county also boasts a variety of opportunities in just about any industry you could imagine.
~
Since we last featured the majestic county in 2018, it has been aggressively expanding its opportunities in its six core sectors: transportation and logistics, manufacturing (both advanced and general), health services, natural renewable resources, aerospace and defense, and tourism.

Tim Kanavel, Economic Development Manager at Pinal County, tells us that the county’s new budget is set to take effect next month on July 1, with funds allotted to advertising the county and expanding on transportation. He looks forward to showing the world what Pinal has to offer. “We have a great story to tell, and we are willing to tell it,” he says.

The ancient tourism industry that keeps growing
Indeed, the story dates back thousands of years, as Arizona’s unique desert landscape has attracted both visitors and residents for millennia. The historic county boasts five state parks, two national monuments, county parks, and more. Ancient Native American ruins attract those interested in history, while its trails and mountains attract hikers and nature lovers. For those up to the challenge, the 127-mile Arizona National Scenic Trail (also called the Arizona Trail) runs through the county and all across the state from south to north, stretching from the Coronado National Memorial at the U.S.-Mexico border to the Kaibab Plateau region at the Arizona-Utah border.

“We’ve got some incredible sights out here, and most of them are free. Hiking and biking do not cost anything,” says Kanavel.

To promote Pinal’s thriving $700 million-dollar-per-year tourism industry, Pinal County has created a series of videos that showcase its breathtaking scenery. “One of the offshoots of that is we are finding a lot of movie companies that are looking for locations outside of Los Angeles,” adds Joe Pyritz, Public Information Officer. “The Los Angeles area – while beautiful – its property prices are too high, and film companies are looking elsewhere. The terrain here is gorgeous, the land prices can’t be beat, and it’s time we strike while the fire is hot.”

Pinal County’s goal is to become the first Arizona county to grab the attention of these production companies, since LA is just an hour away by airplane or eight hours by car. One method is through Pinal’s Business Assistance Program, which will offer incentives to companies who choose to shoot movies and TV shows in Pinal.

Some of these companies have already begun to show interest. On Easter weekend, a Swedish company used Pinal Airpark to shoot an episode of the High Flyers series. The county-owned, public-use airport doubles as a Mid-East Air Force base, as the defense industry is one of Pinal’s major players. To further serve businesses interested in coming to this primely located Foreign Trade Zone, the county is planning to extend its airport runway from 6,800 feet to 10,000 feet. “We are also expanding our tourism and our marketing down into Mexico,” Kanavel adds.

New projects on the desert horizon
A report from the University of Arizona reveals that Pinal County is among the top two percent of all counties in the U.S. for agriculture products. Pinal’s multibillion-dollar agriculture output has led to a tremendous amount of jobs in agribusiness and related products and services, a mainstay that bolsters other sectors within and beyond its core six. As an example of that, just last year a $100 million biogas facility opened in the county’s Town of Florence, which helps extract methane from the manure of Pinal’s 400,000 cows. At the moment, Pinal County is seeking sustainable methods of agricultural production that require low water use in its desert environment.

Pinal County has also embarked on several economic development projects over the last year. In particular, the county has grown into a hot auto center within the United States. Three major multibillion-dollar projects include a 400-acre Nikola Motor Co. (a hybrid truck design company) site to bring 2,000+ jobs, a new Lucid Motors (an electric car company) facility, and the 2,500-acre Attesa race complex, all scheduled to break ground within the next 12 months. Meanwhile, the Fortune 500 auto parts and vehicle recycling company LKQ has opened its new 107,000 square-foot facility in Casa Grande. When we featured Pinal last year, the LKQ project had just broken ground.

Evidently, these businesses work fast. One of Pinal County’s mottos is to ‘facilitate rather than regulate.’ In another example, Severtson Screens, the largest family-owned movie screen manufacturer in the U.S., was in its permit process with Pinal County last year. Today, the global leader’s facility is already open and running. It manufactures screens for top theater chains including Harkins Theatres, AMC and Regal Cinemas.

Moreover, the Resolution Copper Mine, a $10 billion dollar capital investment projected to create 10,000 jobs, has recently finished its first 7,000-foot shaft. The mine is one of the largest untapped copper deposits on Earth and will be able to reach thousands of feet below ground. Kanavel predicts that what is to be North America’s largest underground copper mine will be actively extracting ore in three or four years.

In addition, “when you talk to us next year we should have an even bigger announcement,” he divulges. “We have purchased a property for a massive project, but we can’t talk about it yet!”

Workforce development that works
Central Arizona College (CAC) has achieved an incredible goal to ensure that opportunities are not just wide open to businesses, but to the hard-working residents of Pinal County as well. In response to all the development coming into the county, the Coolidge-based public community college implemented a curriculum for industrial management. CAC made a historic agreement with the community colleges of Pinal County’s neighbors, Pima County (county seat: Tucson) and Maricopa County (county seat: Phoenix). All community colleges will offer the same curriculum for the same program, meaning that residents of any one of these three counties will be taking the same courses for a given program. So far, the year-old curriculum has achieved an unheard-of placement rate of 100 percent. Many students are hired even before graduation because the jobs are in such high demand. CAC even allows interested high school candidates to participate in its courses through dual enrollment.

CAC President Dr. Jackie Elliot has put this radical shift into place, investing $3.2 billion in actively pursuing new technologies as course material for the students, revamping entire curriculums and cutting out hundreds of courses in subjects that weren’t competitive in the job market.

“As the president of Central Arizona College looks at it, she says that our colleges need to be focused on getting people graduated and ready to hit the workforce. They’ve focused in on everything, such as how to put out an electric car fire. They’ve brought in interesting topics like that to make sure that people are ready to hit the ground running when it comes to jobs in Pinal County,” says Pyritz.

The county is aware that the shift was necessary. Years ago, Pinal County conducted a survey of county residents, and one of the main findings was that people wanted opportunities to keep their kids at home. Ten years ago, just coming out of the 2008 recession, Pinal had a 13.2 percent unemployment rate; now, the resilient county is down to just 4.1 percent. Students who went off to college were once unlikely to return, with a brain drain reaching an all-time high of 90 percent. However, the abundant manufacturing opportunities in Pinal County’s pipeline have since fixed the leak in that drain.

Pinal has more than sprung back. It is now on track to keep thousands of new residents coming in every year. Many existing residents also plan to stay in the wide open county, where living so close to natural and historic sites often makes residents feel like they’re on a staycation.

In fact, the community college’s fresh curriculum is right on time to respond to the 2,200 jobs coming in from Lucid Motors, where all but 200 will be non-degree jobs. Nikola Motor Company’s statistics are similar, and it will be paying an average salary of $80,000 a year.

“We are really focusing on vocational or technical schools because that is where 97 percent of the jobs are going to come from in the next 10 years in the United States: non-degree jobs,” shares Kanavel.

Pinal County’s next workforce development goal is to institute a sweeping paid internship program that gets high school-aged students excited about their future careers. Keeping the youth of the workforce engaged is critical during a time when Baby Boomers are beginning to retire, and Pinal County is seeking federal grants for youth, disability, and veteran employment to keep opportunities abounding. Many of Pinal’s employers, such as the incoming Lucid Motors, have a preference for ex-military candidates.

“We love the veterans because they have the necessary workforce, plus the work ethic. We have a population of 450,000, and 60,000 of them are veterans. They can create a workforce unseen anywhere else,” Kanavel tells us.

Possibilities for businesses are endless in this county of opportunity, where the strong leadership of five economic development supervisors and the economic development manager work tirelessly to remove red tape for entrepreneurs, getting them set up with everything that they need to run their companies smoothly. “Tell us what you want to do, and we will figure out how to make it work,” Tim Kanavel says. 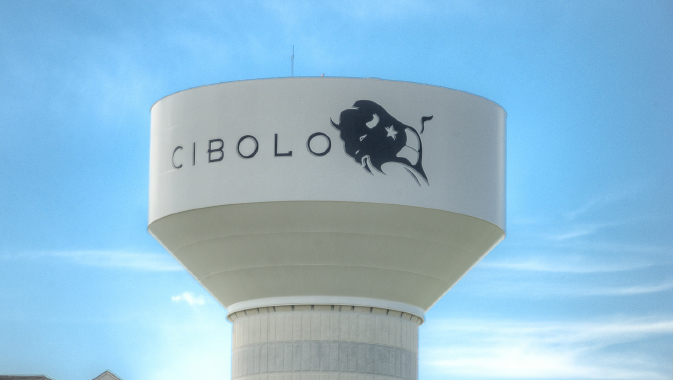