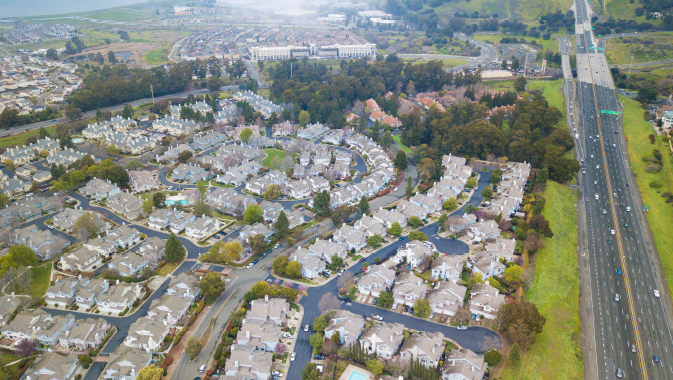 On the coast of the San Pablo Bay, in western Contra Costa County, lies the City of Hercules. Just 30 minutes away from downtown San Francisco, the city of approximately 26,000 residents possesses its own unique story…
~
The City of Hercules’ modern history was shaped by the Hercules Plant, a dynamite manufacturing facility owned by California Powder Works (later Hercules Powder Company) that opened in 1881 and served the mining and construction markets. The company sold its product under the name Hercules Powder, evoking the strength of the fabled god. Just 19 years later, the area was incorporated as a city named for its most famous product.

Once the TNT powerhouse of the country, Hercules has today become a pleasant and serene commuter community. The Hercules plant transitioned into a fertilizer manufacturer by 1964 in response to dangers of explosives production, the growing Bay Area population, and a changing economy. The plant’s surrounding land, which was reserved as a buffer area but no longer needed for fertilizer production, was sold to build new housing units in the 1970s.

Indeed, the city has since grown rather quickly. Today, the affluent and bucolic community that spills down from the hills to the serene Refugio Creek Valley is open to new business.

One of Hercules’ most significant development projects right now is The Bayfront: a 42-acre, transit-oriented, mixed-use development. The first phase of development includes 172 units of apartments, lofts, and townhomes, with 14,000 square feet of retail. The second phase, which began construction in April, brings the development project to just over 400 units now under construction of the approximately the 1,500 residential units planned, with future mixed retail and some potential commercial office space. This new Waterfront District of Downtown Hercules features expansive views of San Pablo Bay and Refugio Creek, and is part of Contra Costa County’s goals of a regional waterfront revitalization under the Northern Waterfront Economic Development Initiative to ensure economic vitality to the region with Hercules as the western anchor.

“The Bayfront will create the city’s first downtown, because Hercules used to be a company town and we didn’t really have a historic or traditional type of downtown in the past,” Biggs notes.

When complete, this LEED Gold Neighborhood Development will feature communities living along Refugio Creek and Creek Side Park, waterfront shops and cafés, and open spaces that afford the opportunity to watch the sunset behind Mount Tamalpais on an evening stroll.

“At the core of this new Bayfront community will be the Hercules Regional Intermodal Transportation Center, which will be the only place on the West Coast where you will be able to seamlessly transfer from bus transit to rail service, and eventually ferry service,” Biggs tells us. “We have done the first three phases of that multi-phase project, which really sets the stage to add train service. We hope to see the train actually stopping here in town in the next three to five years.”

This Regional Intermodal Transportation Center (RITC) will serve an important purpose in the commuter city. Many people travel from Hercules to jobs in other parts of the San Francisco Bay Area. There is direct express bus service from the existing Hercules Transit Center to downtown San Francisco’s Salesforce Transit Center and Bay Area Rapid Transit (BART), allowing residents of Hercules to enjoy a great lifestyle and still have easy access to jobs in employment centers.

Hercules is primarily a community of single-family residences, although the Bayfront will feature some multi-family units. Hercules has only recently begun the process of urbanization over the last few decades, as new industry has started to come in.

Founded in 1952, Bio-Rad Laboratories is a multinational manufacturer of life science research and clinical diagnostic products that is headquartered in Hercules. The family-owned, multibillion-dollar biotech company employs about 8,000 people worldwide – 1,800 in Hercules alone. Located in the North Shore Business Park, its presence has provided a ripe environment for complementary life science businesses to open up as well.

The North Shore serves as Hercules’ major commercial industrial center, and has land currently available in the industrial park for other interested businesses as well. The North Shore Business Park is ideally located immediately north of the Hercules RITC site.

Even seemingly unrelated businesses can benefit from the burgeoning business community that has already set up shop within Hercules. For instance, the presence of a biotech giant makes the City of Hercules an attractive option for companies in the hospitality sector.

“Hercules has developed as a bedroom community, so our efforts have been focused on developing more of our retail and commercial base,” adds Biggs. “We are working on a project called Sycamore Crossing, which will see the first hotel added to Hercules. We believe that will be very successful because Bio-Rad, our largest employer, utilizes quite a few rooms, but those folks tend to go to other communities simply because we don’t have a hotel here.”

Sycamore Crossing will bring a 100-room Hampton Inn to the city, together with some additional residential units and a retail center, which will broaden Hercules’ local tax base. This is important to local government so the City of Hercules can continue to provide other necessary services to residents, whose median age is 40 and median household income is approximately $103,000.

City Manager Biggs reveals that the city’s future goals are focused on developing as a transit hub for western Contra Costa County, as well as strengthening the tax base and local employment opportunities. “We will always primarily be a commuter community, but we are looking to be more holistic in providing more jobs here locally to make our community more sustainable,” he explains.

For a city that has grown from a few hundred to a few thousand in a relatively short amount of time, Hercules is not just looking for economic sustainability, but environmental sustainability as well. Though the average car ownership in Hercules is two cars per household, new neighborhoods like the 12-acre Sycamore Crossing and the 44-acre “Italianate” Hilltown residential community are to be built in a way that reduces greenhouse gases and congestion on the freeway by linking to various means of transit.

Once Hercules is able to provide its residents with a direct Amtrak stop in the near future, it will focus efforts on ferry service from Hercules to San Francisco. “We are on the fairly congested I-80 corridor, so we are working to do our part to eliminate trips off of I-80 and better connect people to jobs and services,” says Biggs.

Providing residents with three alternative options for inter-city commuting – bus, train, and ferry – is a creative way of curbing air pollution and avoiding those infamous urban California traffic jams. These services will further enhance the quality of life for those who choose to live or start a business in the charming City of Hercules, growing strong. 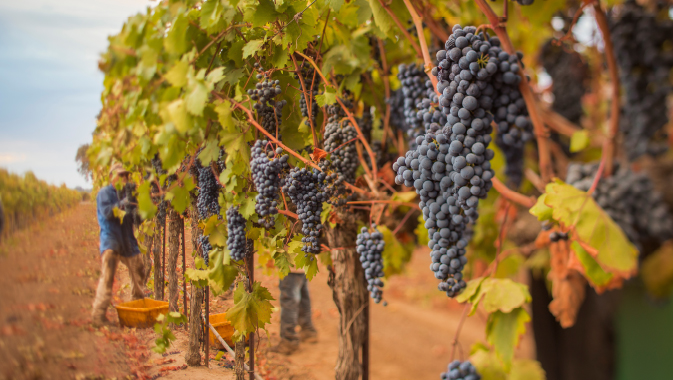