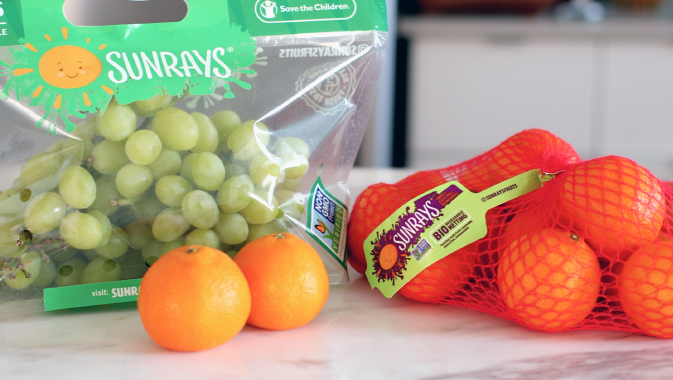 Family business Jac. Vandenberg imports and distributes a full line of counter-seasonal fresh fruits in the United States and Canada. The products are primarily grapes, citrus fruits, nectarines, peaches and plums, apples and pears, and pomegranates from the southern hemisphere.
~
Jacob Vandenberg founded this fourth-generation family business in the Netherlands in 1905. They were difficult times, and both business and family had to survive many challenges. In December 1946, at the end of WW2, the family moved to the United States. The company name was then abbreviated to Jac. Vandenberg.

The headquarters of Jac. Vandenberg is in Yonkers, New York, with a second main office in Los Angeles handling operations on the West Coast. There is a sales and operations office in Philadelphia and a seasonal office in Nogales, Mexico.

Family values
Jac. Vandenberg is a large company going by the volume of its imports, yet its roots in family values bring a small and close-knit quality to the way it operates. Thirty employees in the various locations work together like family and there is also close communication between offices. Some of the staff have worked at Jac. Vandenberg for over twenty-five years, and all feel a part of the Vandenberg family.

The food import business is very competitive. There is no such thing as a multi-year contract, so to keep suppliers and customers year after year, excellent service and reliably high-quality products are essential. As the middleman between the growers and the retailers, Jac. Vandenberg has consistently managed to maintain and grow both its customer base and its supplier base.

“By having the right suppliers in terms of quality, product mix, and continuity of supply year-round for products such as clementines, we have about eleven months of the year that we’re able to supply citrus easy peelers from the northern and the southern hemispheres. And by having a very high level of service in terms of delivering and packing product, and overall quality of our products, we’re able to maintain and grow our customer base,” says Fred Vandenberg, President of Jac. Vandenberg.

Jac. Vandenberg also benefits from ports of entry on both coasts, enabling the company to distribute to large supermarket chains with a national presence, such as Whole Foods, Kroger, Safeway, and Albertsons.

The company has to compete with many other importers, including some who may have a more specialized product focus. This can be a challenge; however, Jac. Vandenberg believes that the present mix of product lines, combined with the reputation it has developed over the years, is a strong reason for its continued success. “We’re a full line importer,” Fred says. “If a supermarket wants to buy a mixed load or product, they can buy their grapes, citrus, and apples and pears, peaches and pomegranates and berries from us, and put them all on the same truck.”

Trust both ways
The ability to maintain a firm customer base over a long period of time has also allowed the people at Jac. Vandenberg to build the trust of their suppliers, ensuring that suppliers have the capital to reinvest in their own growing and packing activities with each new season. It is a delicate process between the two sides, but it’s clear that Jac. Vandenberg’s experience helps the company deftly manage the seasonal balancing act, delivering solid results for all involved.

Jac. Vandenberg was one of the first four importers of Chilean produce in 1958 when the President of the company at the time, Heiman Vandenberg, developed a partnership with David Del Curto, a pioneer in the Chilean fruit-growing and export industry. The sixty-one-year-old relationship is one of the longest-lasting connections between Chile and the U.S. in the food industry.

Over the years, Jac. Vandenberg has expanded to include many other full line suppliers and individual grape growers who supply the U.S. with fruit throughout the Chilean growing season. The company has also extended its reach, importing varieties of grapes from Peru. Significantly, Peru helps to fill the gap between the Chilean and Californian grape seasons.

Innovation
Today’s consumers in North America are much more demanding with regard to the taste and appearance of fruit than in the past, and this has resulted in innovative new varieties a step beyond the products we’re accustomed to. Farming operations in countries all over the world are working to grow products that have a stronger and better flavour. “That’s why so many of the nurseries and the farms have begun to produce new varieties,” Fred says.

Some of these proprietary varieties go far beyond a red grape or green grape; they are individual varieties that have a very distinct and special flavour profile. There’s also a real demand for other fruit characteristics such as being particularly adapted to the export process – for instance, in how well certain fruits such as nectarines hold up in transit yet still continue to mature well after being delivered.

Jac. Vandenberg has developed an in-house citrus brand named Sunrays (easy peelers such as clementines) which makes a monetary donation for every box and bag packed to the internationally renowned charitable organization, Save the Children. In its second year, the Sunrays brand increased both its own sales and its contributions to Save the Children and hopes to continue this trend as it heads into its third year.

The company has also developed new sustainable packaging for the Sunrays brand. “The packaging for our in-house brand is all recyclable,” Fred Vandenberg says. “We’ve offered retailers a plastic-free packaging option – basically cardboard boxes instead of the plastic bags we usually see on easy peelers that are easy to pick up but not so eco-friendly.”

In fact, the company was recently awarded the Plastic Free Trust Mark on its new and sustainable packaging for Sunrays. Developed by environmental group A Plastic Planet, the Trust Mark is “awarded to food and drink products that are packaged without plastic,” according to packagingeurope.com. Jac. Vandenberg is the very first food and drink product in the United States to be awarded this mark.

Meeting world standards
The re-packaging of products – after importing but before delivery – has become increasingly common at Jac. Vandenberg; it’s rare these days for citrus fruits to be shipped and then delivered in its original container. Instead, much of the packaging has to be reconfigured to the customer’s own packaging format beforehand.

Most countries’ food industries have differing requirements – between the United States and Canada for instance. To accommodate these differences, Jac. Vandenberg has a separate line in its inventory for products that conform to Canadian regulations, from farming to import requirements. However, retailers in Canada and the U.S. alike are strict upholders of traceability standards. There’s no doubt that in general, regulations in both countries are becoming more stringent, requiring more reviews of documentation and practices, and continuing to edge toward Europe’s undeniably high standards.

These days, Jac. Vandenberg arduously collects extensive information from suppliers all over the world to ensure that all operations comply with global and federal requirements for food safety. “Verifying all those practices takes detailed analysis right down to farm level,” says John Paap, Brand and Product Marketing Manager at Jac. Vandenberg. “So you’re getting down to very intricate elements of the supply chain to ensure that everything complies with the rules and regulations at federal level.”

And for the future, plans are for Jac. Vandenberg to grow its already significant market share, increase the percentage of product going to supermarkets, and work more closely with retailers by increasing its program-based business. (A program is established when the import-season volumes and/or price of a particular product are pre-agreed by all three parties in the supply chain).

The right way
Finally, a look at not just what Jac. Vandenberg does, but what it is: It’s a company that is steeped in strong principles. At every level there is a belief that sustained integrity is more important than making money, and if a choice has to be made between the easy way and the right way, the right way wins every time. It takes supreme effort and many years to build a positive reputation in the food industry, and it can be lost overnight.

The management team leads by treating others the way they would like to be treated and demonstrating the family values that the company was founded upon. “We’re very respectful of our customers and suppliers, and we’re very transparent,” Fred says. “We don’t have secrets because we have nothing to hide. It’s always been that way and that’s the best philosophy.” 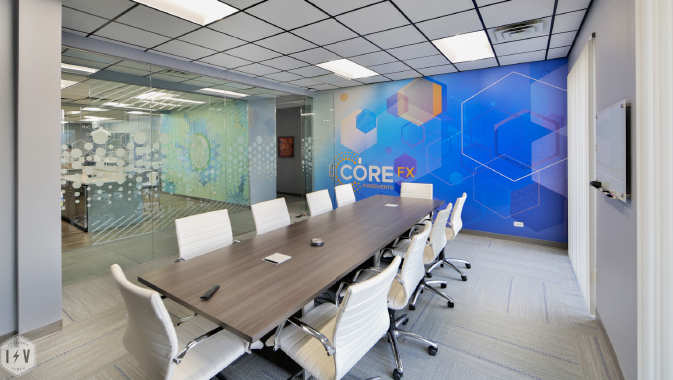