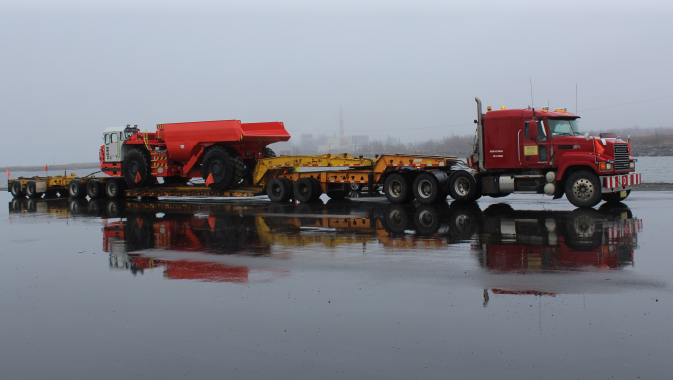 The perks of running a third-generation family company come in the form of access to experience, knowledge, and foresight. Years of past trials and successes can be used to calculate every need a client could have and can put a company in a unique position to deliver diverse and purposeful services.

Halifax-based Total Transport and Rigging uses its experience to predict the future needs of its clients and successfully run a company that can be left at the mercy of cyclical industries. By branching out beyond its simple roots Total Transport has embraced its name to offer a wide variety of services in shipping, storage, and transportation.

Jeff Mills is the owner of Total Transport, but the foundations for the company were laid down back in the fifties by his father who started an excavation business that also included a number of large trucks for local transportation. He moved away from construction and excavation and sold that side of the business in 1975 but hung onto his small fleet of trucks. In the late seventies through the eighties, it mainly served local shipping and the offshore drilling programs by maintaining large storage yards near the Halifax docks.

Jeff’s older brother added onto the truck numbers with a large purchase of additional trucks, and Mills Heavy Hauling was formed. This company ran until 2018. Meanwhile, Total Transport was formed in 2011 by Jeff, and the two ran side by side until their eventual merger last year.

“We started working on keeping our revenue streams level over the course of the year. When you work locally, and your focus is on construction, it’s so cyclical. January and February there is not much to do, so we started to plough snow,” said Jeff.

Snowplough services have been a part of the company since 1978 when the company picked up the contract to look after the newly-built Mic Mac Mall in the winter. Combined with serving the offshore drilling programs, this became the primary direction of the company until the mid to late nineties when it found a new focus in the construction industry in Halifax. This would include investing in dump trucks and moving excavators, but this still was not the end of the diversification the company would undergo.

“We also looked to buy companies that were related to us in the sense that they did trucking but weren’t quite so cyclical,” said Jeff.

This led the company to invest in long-haul services reaching to Quebec and Ontario, a move that made perfect sense when considering the amount of freight continuously being shipping in and out of the port of Halifax. With snowplough contracts in winter, variable construction volume throughout the year, and now long haul shipping, Total Transport is consistently busy year-round. Now that the company knows which irons to keep in the fire it has put a focus on the types of equipment it uses to get the work done.

“We’re a heavy-haul company, and when the roads close, which they do every year, people would think ‘Oh my god. You’re out of business.’ But, in fact, we’re busier when the roads close because we have more axles to put on the ground than most companies, so we can keep our trucks moving,” said Jeff.

Total Transport takes the cyclical nature out of its business model to consistently outdo the competition. When Total Transport was formed to work alongside Mills Heavy Hauling, Jason Jenkins came on as a partner. At that time, the trucks on hand were capable of hauling sixty-five metric tonnes, Jason brought new trucks and modular trailers capable of hauling far more. Today, Total Transport can take on jobs as small as one pallet of material to those filling a trailer and weighing seven hundred tonnes.

Total Transport and Rigging, now having merged with Mills Heavy Hauling, has one of the widest offerings of services based out of Halifax. With a large storage area located near the dockyard, the company quickly handles shipments arriving by sea and can run trucks anywhere in North America.

Total Transport has salespeople in New Brunswick getting the word out and always ready to respond to quotes via email. The company does this for roughly two thousand jobs a year, and freight forwarders based in Europe are easily able to get in contact with one of the oldest transportation companies in the province.

“Our customers want everything quick. Quick answers, quick deliveries, and I think that over the years, we’ve truly understood and delivered on that sense of urgency,” said Jeff.

This understanding of a customer’s need for promptness and sheer scope of offerings provided by Total Transport have certainly gone a long way to set the company apart from the competition. Many companies haul containers and nothing else; others might haul heavy equipment. With the storage yard so close to the port of Halifax, Total Transport can quickly move between the two, de-stuff or stuff containers for clients, disassemble machinery, and of course, provide storage in a prime location.

“All of these things we do give us an advantage because the competition just doesn’t do these things,” said Jeff.

A chief competent to any transportation business is having up-to-date rules regarding safe transport across province or state lines. While twenty-five years ago, someone would have had to sit at a desk with a map, this task has been made much easier with technology. However, it still presents a healthy challenge for a company like Total Transport, which takes on such a wide variety of cross country jobs.

Sending an overweight truck from Halifax to Calgary sounds simple on paper, but every province has jurisdictions that present new road rules. What is legal in Nova Scotia is not necessarily legal in New Brunswick, and it takes the dedication to ensure the regulations are met and shipments can make it across the country as fast as possible.

As the company moves into 2020, the goal is to increase the size of the fleet by five or six trucks, and it intends to keep them busy. Several huge jobs are on the horizon that illustrate the size and scope of the jobs it undertakes. New windmills arriving in New Brunswick present a welcome challenge. These will arrive in pieces to be shipped from port to destination.

Along with the windmills, are two hundred shipping containers of windmill components that are heading up to Quebec to be worked on before being installed. This means two hundred individual shipments are going across the country, and this requires an immense amount of foresight and planning.

Total Transport will also be responsible for twelve bridge girders being transported across the country, as only one of two companies capable of providing this service east of Montreal. It again goes to show that the variety of work that Total Transport of which is capable puts it in a league of its own.

As Jeff put it: “We’ve got a wide offering and we haven’t hit our maximum yet.” 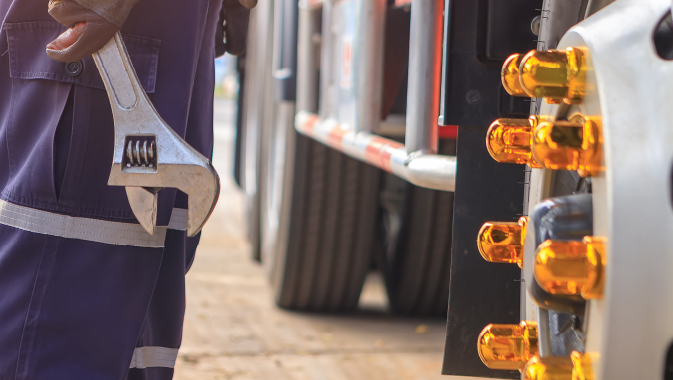