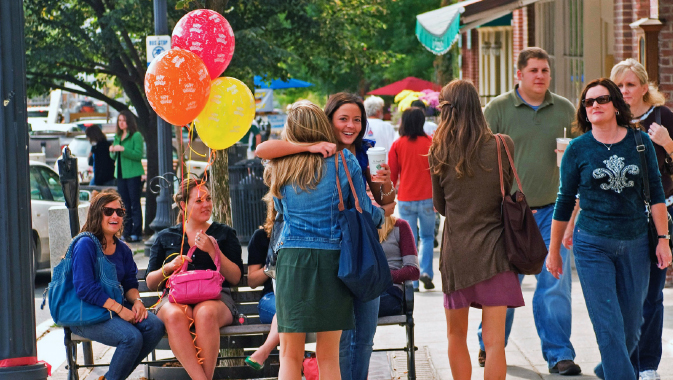 The town of Hanover in the Upper Connecticut River Valley of New Hampshire is home to prestigious Ivy League research university Dartmouth College. Together with the university, the Dartmouth-Hitchcock Medical Center (DHMC), and other stakeholders in the region, the town is working to manage growth wisely and sustainably.
~
With six thousand students, Dartmouth College’s population is roughly half the size of the town of Hanover. The university, the community, the local economy, and the goals of the town are inextricably linked, and as a result, the college is very active in community improvement initiatives.

Recently, the town is thinking carefully about its downtown. “We’ve seen in Hanover, over the last few years, a significant shift in our retail and restaurant mix downtown,” says Town Manager Julia Griffin. “We’re having conversations with the college about how a downtown, that doesn’t really want to be a chain store downtown, can remain vibrant on the retail end.”

The propensity for college students to shop almost exclusively online has created challenges for the town when it comes to cultivating an economically effective mix of retail and restaurant businesses in its downtown core. At the end of December last year, the Dartmouth Bookstore, a 140-year-old landmark in Hanover, shut its doors when Barnes and Noble College Division and the property owner failed to agree on rental terms.

The closure of the bookstore was a momentous loss for a small downtown, but it has also prompted an important conversation about the need for the community to support local business. “It was kind of a wakeup call, because we had an awful lot of folks, faculty, staff, and students at Dartmouth who lamented that the bookstore was leaving, and yet they didn’t really shop there,” says Griffin. “They’d order their books from Amazon. It’s everyone’s responsibility to think about what you do with your own retail action to support your downtown. We’re really having that conversation now, and I hope that message is resonating.”

In the months since the bookstore was closed, the town has had a great deal of success with its effort to revitalize the downtown core. Moving into that space later this year, a young Dartmouth alumna plans to open Still North Books & Bar, a small independent bookstore with a café and a beer and wine bar. After graduating from Dartmouth, the new owner left the area to work in the independent bookstore and publishing sectors. She and her father have partnered on this new venture, leasing a portion of the first floor of the space with a plan to open this fall. Two clothing retailers have leased space in the building as well, one chain store and one independent operation.

Restaurants in Hanover’s downtown core tend to be profitable, but the town’s goal is to work toward an effective mix of both restaurant and retail businesses to ensure a diverse and stable local economy. “Students can really make or break a downtown, especially in a small town campus community. The college is one of many colleges that are really thinking about how they can work with their host communities on a complementary level to ensure that their downtowns remain vital in the face of the ‘Amazon-ization’ of retail,” says Griffin.

The influence of Dartmouth College on the community’s growth is substantial. Issues that are meaningful to students become important to the direction of the region as a whole. One subject that has become a focus for the town of Hanover and surrounding communities is climate change and sustainable energy production. Hanover and towns throughout the Upper Valley count themselves among a growing number of cities, 120 as of today, throughout the United States that have committed to transition to one hundred percent renewably generated electricity by 2030 and to renewably generated heating and transportation fuel by 2050.

Working together with Dartmouth College, local businesses, residents, and larger national organizations are trying to create change at the municipal level, and the town has made strides on a wide range of renewable energy projects. Dartmouth students have been instrumental in helping toward the ‘Ready for 100’ commitment.

“We’d love to think that at some point this region will really stand out. We’re committed to doing everything we can to respond to the climate change threat that we’re seeing. We’re feeling that threat here in New England with more severe rainstorms and flooding. Folks are eager to embrace something meaningful and run with it,” says Griffin.

Dartmouth College is poised to expand both its undergraduate and its graduate student bodies, and another of the town’s large employers, the Dartmouth-Hitchcock Medical Center, is building a new patient tower to its increase healthcare capacity. This growth is a reflection of economic prosperity in the region, but it is also problematic due to a significant shortage of housing and, as a result, labor.

New Hampshire has an unemployment rate of less than two percent. For the healthcare industry, where the workforce is ageing, there is a dearth of qualified healthcare professionals. The Dartmouth-Hitchcock Medical Center has worked to increase the workforce through such initiatives as a very successful paid apprenticeship program for medical assistants, certified nursing assistants, surgical technicians, and pharmacy technicians.

These programs are between nine weeks and eleven months long. After students complete the didactic portion of their apprenticeship, they go on to an employment portion where they work toward certification. Once both parts of the program are complete, DHMC will typically offer them a job.

Growing the workforce in this way has enabled the company and the region, to prepare for growth. Currently, DHMC is expanding its facility with a new patient tower with sixty beds for which it will need to hire on another three hundred employees. While the company has developed its workforce, another huge difficulty exists.

“The average home price in Hanover is $530,000, and that price is unreachable for your newly graduated nurse or even young professional couple. A recent analysis on the gap in housing units across the Upper Valley determined that it’s somewhere between five hundred and six thousand units that we need,” says DHMC Chief Executive Officer and President Dr. Joanne Conroy.

DHMC is looking into the possibility of leasing some of the land that it owns to housing developers. Dartmouth College is facing the same challenges and is aiming to work with DHMC on a development project with five to six hundred units to support enrollment increases and employee housing needs for the medical center as well.

“It’s great; all of a sudden, everyone is starting to realize that there is a market for a whole range of housing stock options in order to meet the needs of people who are working at the hospital but also all the affiliated businesses in the area that are connected to Dartmouth-Hitchcock and the college,” says Conroy.

The town of Hanover is working closely with the college and DHMC to achieve these endeavors because increasing the diversity of the housing stock is a necessary step toward supporting overall growth. When people can live close to where they work, they spend their money in the area, businesses are more profitable, and the economy grows as a result. The aim is to maintain a supply of workforce housing with a varying range of prices to accommodate families of all types.

Hanover is a small community, yet it has an energetic atmosphere. Recently, a TEDx conference with twelve talks over a weekend was held at Dartmouth College. Presidential candidates often visit the campus, and Elizabeth Warren and Kamala Harris each gave appearances recently. There is always something interesting happening in Hanover. 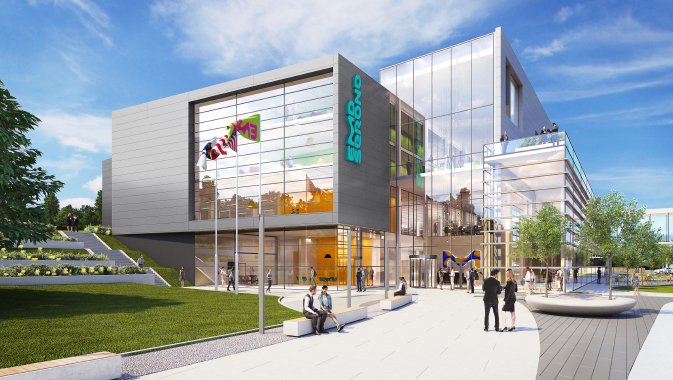