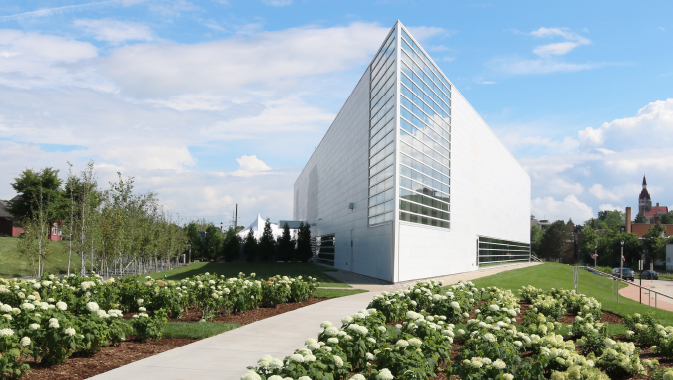 Growing along the western bend of the Milwaukee River is what earned the City of West Bend, Wisconsin, its descriptive name. There is a very good reason why the hearty and welcoming City of West Bend made it onto Travelalot.com’s list of the thirty ‘coolest American cities’ in 2017. With no shortage of character, charm, and culture, this must be one of the most wholesome places in which anyone could ever wish to live.
~
Apart from its pretty historical buildings and sweeping, green parks, this city’s thriving economy makes it a fantastic place to establish new business and raise a family. Property prices are comparatively reasonable, and with a thirty-minute drive to Milwaukee, Wisconsin’s biggest city, West Bend is perfectly situated as a base for commuters. Washington County seat’s quality schools ensure that its children are educated to become contributors to their communities, while the city itself spares no effort to stimulate positive economic and community expansion.

With its well-balanced blend of commercial and industrial economies, bustling downtown, and two universities there is no shortage of excitement and income for young adults starting in the job market, either. In fact, the city’s planning commission is currently hosting talks on implementing a cultural campus south of the Museum of Wisconsin Art (MOWA) which promises to add another layer of sophistication to the region’s offerings.

The City of West Bend developed as a stopover for people travelling between Milwaukee and Green Bay in the early nineteenth century. Thanks to the city’s abundant water resources, the city fathers applied the hydropower from its riverside position which brought industry to the river’s shores. When the first railroads appeared in 1873, the city’s manufacturing, grist, and lumber mill industries began growing.

Its proud metal fabrication history makes it the home of the Matenaer Corporation, the well-known American metal stamping giant, and this is where the Wisconsin Metal Cleaning Corporation. West Bend Products was also born here in 1911, as were other national and international leaders in the field.

This industrious spirit still carries the city, today. In contrast to many state economies that are seeing a decline in commercial expansion, the City of West Bend is flourishing. This community is proud of its surge in business activity and the economic upturn that naturally follows.

One of the new enterprises to join its business community is a big box retailer that has established an estimated 193,000-square-foot facility that is set to open in the fall of this year. The city has also welcomed vehicle dealership Morrie’s West Bend Honda. The groundbreaking ceremony for its site took place in 2018, and the showroom will start welcoming customers this summer.

The city is also seeing the premises of the state-of-the-art West Bend Medical, a primary medical care center, being erected on the corner of Wisconsin and Water Streets. The center will deliver a personalized treatment approach.

Many established operators are also expanding or adding new capacity or capabilities, like the international grocer Aldi, which is said to have been in talks with the city regarding expansion permission.

The city is supporting this growth trend by improving the types of large sites on offer over the next two years, and by going out of its way to being business-friendly. Its contribution to its community’s welfare is not all about developing the economic side of things, however.

The city’s development team is spearheading an increasing number of lifestyle developments aimed at improving locals’ quality of life. One such project is the downtown Riverwalk development. This development is composed of two stages, in which the east and west sides of the river bank will be refreshed, each with a different goal in mind. The east side is nearly complete after it was under construction since the end of summer and the fall of 2018, while the west side is currently still under design.

Once winter of 2019 makes way for spring of 2020, residents will see the beginning of construction on the river’s west side. What makes this leg of the project particularly exciting is that many of the city’s main street businesses that back against this side of the river will have the current rear shop ends opened to form additional riverside store and office fronts.

“We think opening stores up onto the river will allow us to boost many of those businesses by giving them increased business traffic,” says City Administrator Jay Shambeau.

The city also welcomed the Milwaukee Bucks’ brand new basketball, volleyball and pickleball courts at 800 North Main Street’s Regner Park, in November 2018. “The court was built with the support of West Bend Mutual Insurance and is all part of the park’s major upgrade we’re busy with,” says Economic Development Manager Adam Gitter. “It’s really neat seeing the Milwaukee Bucks’ logo in our park here along with West Bend Mutual Boys and Girls Clubs.”

The park forms an important part of the city’s heritage with its Carl M. Kuss Memorial baseball field, grandstand, concession facility, and nearly hundred-year-old spectator benches that are about to be replaced. These refurbishments have so far been made possible by the Cal Ripken Foundation which granted US$500,000 toward the project.

“We are currently fundraising to complete the US$2.4 million restoration which includes the replacement of the entire field, concession stand, and restrooms. We’re currently in the design stage of the synthetic turf field which is where a lot of the cost comes in. We hope to be under construction by the summer of 2019,” says Jay.

Apart from ballgames, the park offers leafy green walking trails, as well as a lovely mixture of other activities and laid-back chill-out spots in nature. Regner Park is also where the local community gathers to appreciate live music, buy fresh produce from the local farmers’ market, and to join an abundance of other group events. From its numerous picnic groves and softball diamond to its soccer field, three lit tennis courts, play frames and ice skating rink, Regner Park is where West Benders find themselves spending quality time outdoors.

In total, the city offers around twenty-two miles of hiking trails that form a safe network that crosses the downtown river walk. This means that it is possible to get around the city by bike or on foot while avoiding motorways for the most part.

Tertiary education is also enjoying an upsurge in the area. “The University of Wisconsin-Milwaukee at Washington County – in conjunction with West Bend’s Moraine Park Technical College – helps to drive our workforce. They’re a real asset to our city and offer a lot of programs for our local community,” says Adam, who also tells us that the university has recently expanded its course offering to include four-year bachelor’s programs as well.

These two institutions collaborate with the city’s high schools and manufacturing facilities and have become vital means of development in West Bend’s economic repertoire. “Both these institutions provide in the educational needs of our industrial workforce,” says Jay.

When it comes to getting to and from class and or the office, transportation is a big consideration when moving to any new city. Here, getting around is very easy with West Bend’s municipal airport just over two miles from the city center, towards the east. West Bend also offers a shared-ride taxi service – one of the biggest in the state – providing around 110,000 trips per year, of which more than seventy percent serve senior citizens.

This business community is a close-knit one. Barton, a city subsidiary, is very proud of its Historic Barton Business Association (HBBA) that was established in 2012 by local business owners in support of each other’s trade. From concerts to harvest moon festivals and its famous fried bratwurst events, this group knows how to get locals tapping their toes. On June 22 and 23, 2019, West Bend’s Cedarburg area will be celebrating its annual Strawberry Festival, where Schwai’s Meat and Sausage owner, Tom Schwai, will sell his much-loved strawberry brats.

“The HBBA organizes a host of events like dog parades and so much more that really focus peoples’ attention on the area and stimulate local business. This is very similar to what downtown areas come up with to create a sense of community and boost business in the region,” says Adam.

The city also has its own small business think tank. It is free to join, and meetings are not only informative but also helpful and interesting. “That is the great thing about healthy competition. Everyone works together and tries to boost one another’s businesses. And this is all work that is done in addition to what our chamber of commerce does. These business groups rally communities together like no other. It is unbelievable what they have achieved in this way,” says Adam. 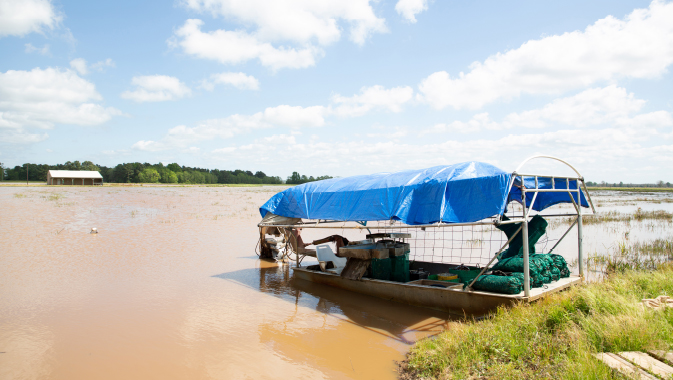