On the Road and Close to Home 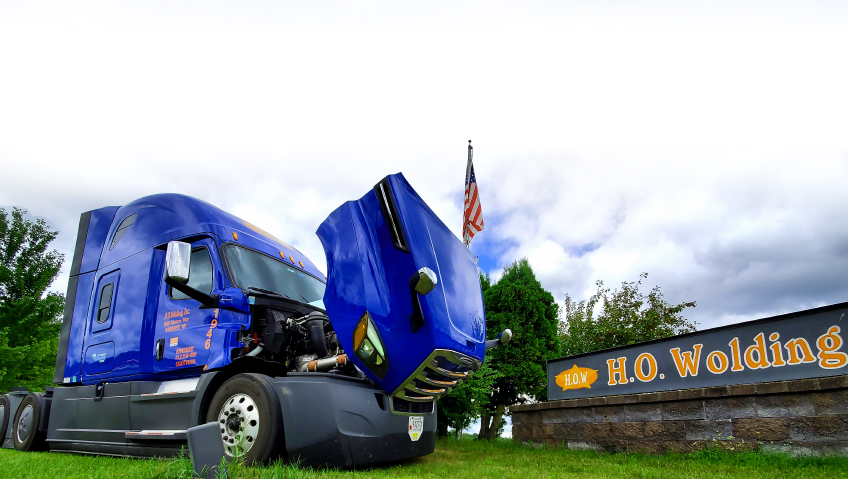 Long-distance trucking consistently has one of the highest employee turnover rates of any industry. So, how can companies ensure profitability while minimizing employee turnover? In Amherst, Wisconsin, H.O. Wolding is proving companies can have their cake and eat it too, and the company has decades of operational history to prove it.
~
Founded by namesake Herbert Wolding in 1935, H.O. Wolding began as a single-truck operation running daily milk deliveries in Nelsonville, just over one hundred miles north of the state capital of Madison. The company has now been in business an amazing eighty-four years and counting. Even at the age of 106, Mr. Wolding still visits the company headquarters periodically to ensure his company is doing well. H.O. Wolding has been family-operated through its entire tenure, with son Don Wolding as its current president and grandson Mark Wolding as one of the directors of operations.

The company grew steadily, moving from its Nelsonville headquarters to a larger facility in neighboring Amherst, where it has its base today. Just recently, the company was purchased by Bison Transport, one of the largest carriers in Canada and a good fit with H.O. Wolding’s company culture. It will continue to operate as H.O. Wolding and as a standalone company.

Special Projects Manager Paige Selbo cites Herbert Wolding as the driving force behind the company’s continued growth and success. “He’s stayed pretty much on the leading edge of a lot of innovations in the industry as far as equipment goes and freight opportunities,” she says, citing his history of inventing new truck shipping methods that would move freight faster than traditional rail methods. “He’s always thinking of new ways of thinking outside the box to haul different kinds of freight more efficiently.”

Today, H.O. Wolding has grown from a single truck to over 350 tractors in its fleet, operating in all forty-eight continental United States. The company shipped over 70,000 truckloads in 2018, hauling materials from furniture to vehicle parts to household goods. It even operates eight specially refrigerated trucks or ‘reefers,’ designed to ship perishable goods as needed. “About the only thing we don’t get into is Hazmat,” says Director of Operations Eric Bohm, referring to hazardous materials which require specialized equipment and training to handle safely.

The company entered a new phase of its life in 2004 with its enrolment in the SmartWay program, only the second company in Wisconsin to do so. A brainchild of the US Environmental Protection Agency (EPA), SmartWay brings together over 3,500 businesses across North America to help make transportation greener by lowering fuel costs, increasing driving efficiency, and reducing environmental impact. Heavy-duty trucking firms such as this contribute twenty-three percent of all carbon emissions in the United States, according to EPA records. But through the SmartWay program, companies are now able to move cargo more efficiently while reducing the environmental impact.

Bohm says this attention to detail is what sets the company apart from other trucking firms. Like many other companies in its industry, H.O. Wolding deals with a high driver turnover –long-distance trucking had an average eighty-four percent turnover rate in 2017, according to the American Truck Associations (ATA). The company considers this issue to be perhaps the largest it is facing, but it is taking special care to improve the working conditions and employment prospects for its drivers, ensuring lower turnover rates and higher productivity.

The first step, Bohm says, is looking after equipment, reflected by the company’s commitment to safety. Thanks to investing in cutting-edge equipment such as the APUs, as well as a maintenance program that he claims is “second to none,” H.O. Wolding reminds its drivers that it puts their welfare first. This has also earned the company among the lowest accident records in trucking, according to Bohm. It also has a Transportation Safety Administration (TSA) safety rating of 1.25, the agency’s highest possible rating and one which it has maintained for several years running.

In addition to the company’s focus on equipment and safety, H.O. Wolding takes driver communication seriously. An open-door policy ensures that any driver can contact any other company employee. “I think that allows for drivers’ voices to be heard and for changes within the company to happen,” says Bohm.

He believes this policy guides employee growth and communication and helps “facilitate that relationship and make drivers comfortable to work here.” Bohm relates how the company steps in during driver mishaps such as breakdowns or even personal issue such as needed time for personal appointments or family events. He says that this communication and devotion “has a ripple effect throughout the company, because the other drivers hear about that, and they know that if they were in a similar situation, we have their back.”

H.O. Wolding’s commitment to its drivers’ personal lives is perhaps its most remarkable aspect. Arguably the largest contributors to driver turnover are the exhausting hours, which often require drivers to be away from their families and loved ones for weeks. Above all, the regularity most workers experience is unavailable to most drivers.

“We have conversations with our drivers frequently, and one big thing that I hear over and over again is ‘flexible home time options,’” Selbo says. To accommodate its drivers, the company has gone against standard driving trends by not having regular work weeks for its drivers. “If they need to be home for something, for their families or scheduled appointments, or just for time off to catch a breather, we try to accommodate them as best we can,” she says.

In Selbo’s view, this flexibility allows drivers to stay close to home while being able to perform their jobs as needed. “We’re very good at being flexible with our drivers’ needs, and I think that flexibility keeps a lot of drivers around,” adds Bohm.

But in an industry where drivers are commonly paid per mile, how is this feasible? In recent years, the company has created new hourly positions designed to provide drivers with income while keeping them close to home when needed.

“That was a whole new experience for us,” Selbo recalls, “going from mileage to having positions offered that paid hourly for drivers.”

“It might be… that they have to sit a little bit longer, or they don’t get the same amount of miles that a mileage driver would,” Bohm explains, “but it works for the customers that we have and helps support their needs.”

The policy’s growth since its inception is proof of drivers’ support. “That’s something that’s been growing steadily for the past few years,” Selbo states with quiet Midwestern pride, “and I think we’re going to keep working with it.” She adds that many drivers appreciate the ability to make money and remain close to home. “Our hourly drivers are getting home every night or every other night during the week instead of staying out a week at a time and only going home on weekends.”

The company’s achievements, apart from its decades of service, speak for themselves. One of H.O. Wolding’s drivers, Julie Matulle, received the Mike O’Connell Memorial Trucking’s Top Rookie award in 2014 at the prestigious Great American Truck Show in Dallas, Texas. Though its employees have been among the top ten finalists for the award over the past five years, this was the first time the company won. “It’s a pretty big deal,” Selbo says proudly. The company has also been named one of Heavy Duty Magazine’s ‘Top 50 Green Fleets’ for three years running, reflecting its environmental activism through SmartWay.

Despite its long history and success, H.O. Wolding is still looking to the future. Bohm believes the company must still improve its driver experience, including driving, customer interaction, equipment, and the ability for drivers to stay in touch with home and loved ones. “All that is going to have to improve in order for us to continue to grow and keep drivers at H.O. Wolding.” He believes the company’s customers put their trust in its professionalism and reliability and plans to maintain both.

Finally, those at H.O. Wolding have the luxury of taking the long view, thanks to the company’s decades of operation. Selbo believes companies must engage in more sustainable practices, both internally with employees and externally with customers. In her view, profits today may distract from long-term relationships tomorrow, citing other companies too focused on the short term.

“They get out there and they see money to be made and maybe forget about some… interpersonal relationships.” Above all, she advises flexibility. “It’s an industry that’s constantly shifting, so if you’re chasing something one day it might not be the most beneficial relationship to have down the road.” 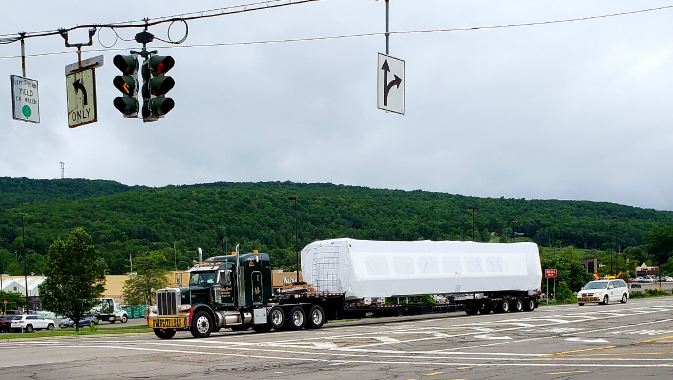 The Art of Specialist Heavy Haulage

On the Road and Close to Home