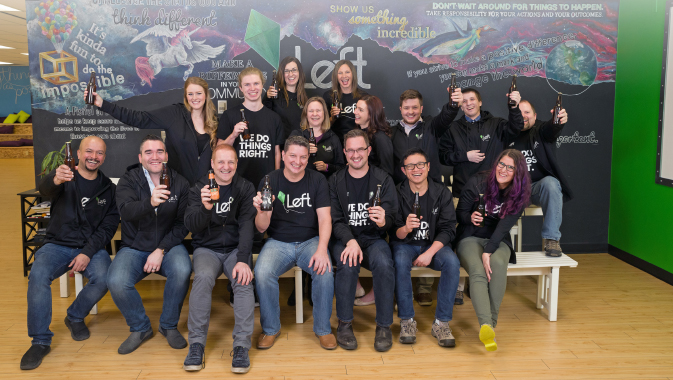 In Maple Ridge, British Columbia, a firm known simply as Left is trying to grow and change the world at the same time. This certified B Corporation has won industry awards and plenty of praise for its clever solutions and commitment to reducing poverty by high-technology means.
~
In a nutshell, Left is “a company focused on trying to use innovation and technology to solve some of the world’s biggest problems. We have several companies underneath the parent company. I have described us in the past as a global experiment in trying to do the right thing using technology and marketing prowess,” states Co-Founder and Chief Marketing Officer John Lyotier.

Launched in 2010 by Lyotier and Chris Jensen, the company was initially called Left of the Dot Media Inc. While still officially listed as Left Technologies, Inc. in corporate registries, the company is generally known by its current, slimmed down moniker. At present, it operates the following firms: Left Travel, RightMesh AG, and W3 Engineers, which is being rebranded as Left Technologies International.

Incorporated in 2016 and based in British Columbia, Left Travel “is a big data company focused on influencing travel behaviour,” he explains. “Our predominant customers are not the travellers but the Booking.com, Airbnb, and Expedias of the world.”

RightMesh AG is officially a Swiss company although most of its engineering talent is based in British Columbia. Lyotier describes RightMesh AG as “a mobile mesh networking platform and protocol that’s focused on connecting a billion people without using the Internet.” RightMesh aims to people out of poverty by “putting the power of connectivity right into the hands of the people,” according to the company.

Mesh networking has each device acting as a relay for data from other devices. In a mesh network, devices can connect without having to rely on an Internet-provider.

“If you think of the traditional smartphone, every phone today sends and receives a signal. If your phone can send a signal and my phone can receive a signal, we can talk to each other. If two phones are connected together, we can facilitate data sharing between those devices,” he adds.

Left Technologies International is located in Bangladesh and can trace its roots to 2010 when the parent company made its very first hire. At the time, the firm was largely a two-man outfit. “We wrote some product specs and posted them online. We found a contractor [in Bangladesh] and gave him a project. We gave him a second project, then a third and a fourth. Finally, we said, why don’t you work for us full-time?” recalls Lyotier.

From those humble beginnings, the Bangladesh office has grown to approximately 105 to 110 employees. Left also employs forty-nine people in British Columbia and has a few additional contractors in other locations around the world. A year ago, the company was half its current size.

Lyotier attributes the company’s rapid expansion to the fact that “RightMesh is growing. That’s definitely driving the majority of growth. But if you look at the first few years of RightMesh, it was being sustained by profits Left Travel was kicking off. Now the two sides of the company are more independent.”

Left relies on a combination of proprietary technology and client data to do its work. “Some of the hard science we’re creating at RightMesh has never been done before,” says Lyotier. No other company, for example, has tried to incorporate blockchain technology into a mesh network before, he says. On the other hand, Left sometimes works in conjunction “with universities across Canada” when assistance is required, he adds.

For its part, Left Travel “does [utilize] technology from our partners. We take that technology and information and combine it with our machine learning data algorithms to create new things,” notes Lyotier.

In 2015, Left won a Technology Impact Award (TIA) from the BC Tech Association. The company won again in the following year, and these back-to-back awards proved to be early milestones for the company.

The initial 2015 TIA honours put the company “onto the BC map. Nobody had heard of us before. In that moment, we went from being a small company in Maple Ridge to being thrust onto the community stage. We’ve been growing like gangbusters ever since,” he says.

Along the way, Left also registered as a B Corporation. A company that wants B Corp certification needs to meet very high, verifiable social and environmental standards, and show transparency and strong legal accountability, among other considerations.

Getting certified involves “modifying your articles of incorporation. Most companies in North America have the same clause in their articles about ‘maximizing shareholder value.’ With a B Corp, you have to change your articles, to say ‘maximizing value of all stakeholders.’ This includes shareholders but also includes community, team, partners, and environment. If you take care of your stakeholders, everybody benefits,” he explains.

He describes the B Corp network as “sort of a global movement, trying to use business as a force for good in the world. If you do that, you can make a real lasting difference, on employees and the community and make the world a better place.”

Left treats its employees with dignity and respect. Office hours are flexible, and staff can work at home in some situations. ‘Lefties’ – the term the company uses to describe its staff – also enjoy plentiful benefits, generous parental leave programs, and are encouraged to participate in community or charitable endeavours.

Left’s values “are integral to everything that we do. If you create a company with a good culture and values, you will attract likeminded people,” states Lyotier. “From a day-to-day standpoint [the company values] let us know we are aligned with the bigger picture.”

In the same spirit, he speaks of establishing what he calls “an infinite time horizon,” a scenario in which the company continues to thrive and maintain its identity long after the founders are gone. To achieve this, Left must not lose sight of its culture or values as it moves forward.

“Our biggest challenge is, ‘How do we maintain who we are as we continue to grow?’ because we’re going to grow. We’re at over 150 people now. If you look eighteen months out, we might be double that. If we start hitting those kind of numbers, what is our culture going to be like?” he asks.

Lyotier predicts that, by 2022, Left will employ eight hundred to one thousand employees “with offices in the far corners of the globe.”

He also anticipates establishing new business lines and new services. “At Left Travel, we’ve collected billions of data points about travellers and what they’re looking for. We can use that data to go off and launch new products and services. We’re launching a group [that will] look at influencing travel behaviour, to make more eco-friendly or sustainable travel decisions. That’s really a new product that uses the data from the existing incumbent business line,” says Lyotier.

“It’s the same thing with RightMesh. We can launch a whole bunch of new products and services underneath that business unit. We have several in the pipeline, including projects for smart cities around the world. Projects we’re also looking at include app distribution and ad distribution and leveraging the density you can establish with a mesh network to offer new products and services,” he says.

Over the next five years, “we will probably be looking at new business lines. If we don’t keep our heads up and look at all amazing opportunities in world, we’ll be sure to miss something,” he adds.

Left’s short-term forecast for the next five years also includes a firm commitment to its core values. “I can see that we’re still making a difference. I see the people we’re working with are passionate. I see that we’ve educated and helped other businesses realize that companies do not have to be only profit-centric. We’ll be here for a long time. We’re trying to create a company with an infinite time horizon. Five years is just the beginning,” Lyotier says. 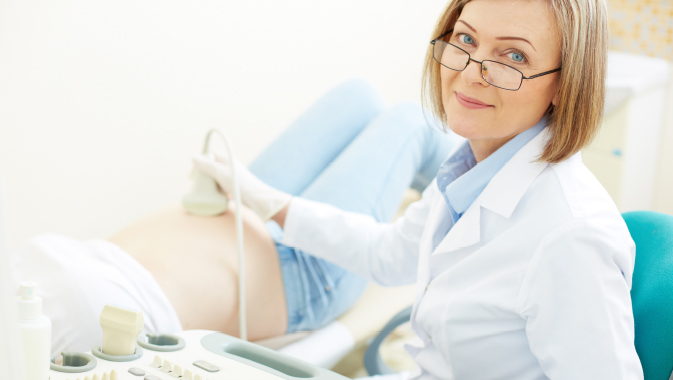 Over 60 Years of Innovation