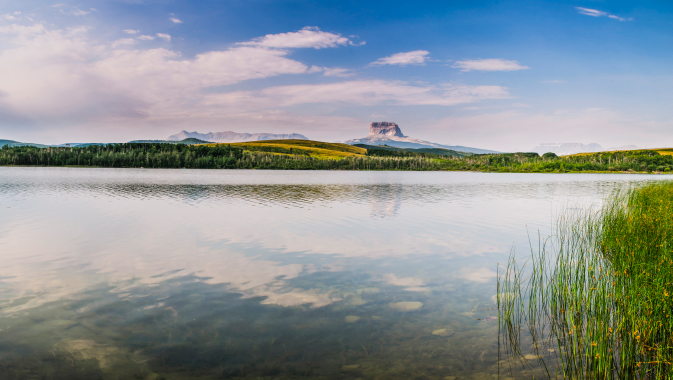 Jarvis was a professional, licensed agrologist earning his degree in agricultural business from the University of Alberta, working for an agriculture retailer post-graduation. In 2002, agriculture faced an economic downturn in Alberta because of low commodity prices, high input costs, drought, and BSE, better known as ‘mad cow disease.’

At the time the natural gas sector was booming, and the demand for qualified people was high. Jarvis was approached to take a position as a surface land agent and soon began securing surface leases and easements for access to Freehold and Crown Land on behalf of oil and gas producers. “There was a distinct shift in the labour force, with many leaving agriculture and moving to the oil sector between 2004 and 2006,” he says.

Having successfully established themselves in the industry, Jarvis and Doug soon acquired Canada West Land Services. The small company started with eight employees and doubled revenue and staff numbers every year between 2009 and 2014 before the economic downturn affected the commodity sector in 2015 and 2016.

Jarvis and Doug were forced to downsize and, uncertain of their future, they took the opportunity to reflect, speaking with industry peers, employees, and executives, and realized that to withstand commodity cycles and gain market share, the company needed to offer a more robust service offering to increase value to customers in a compressed market.

While the market was trying to correct itself during 2015 and 2016, Jarvis and Doug were building the framework for what would become CWL Energy Management. The end result is a company that is focused on front end development of large infrastructure projects across many sectors, without discounting the importance of regulatory compliance and social license. This approach was largely different than a traditional model focused heavily on engineering and design.

The first year had its challenges, especially domestically, as commodity prices slowly recovered and CWL Energy worked to market its multiple industries, multiple disciplines, one phone call approach. However, the business was fast gaining interest internationally from oil, gas, and renewable energy clients from Finland, the United Kingdom, Australia, Korea, and China, all looking for support with energy development in western Canada.

Before CWL Energy, interested parties had to deal with the procurement and contractor management of multiple firms to offer different disciplines. CWL Energy’s abilities to handle all facets – including land, regulatory, environmental and consultation, advice on decreasing costs and managing project timelines proactively – help mitigate risks, creating a unique value proposition in the industry. These many offerings enable CWL Energy to expand locally with many midstream and infrastructure clients and continually attract foreign investment, largely a catalyst to a partnership with Australia-based Calima Energy.

Perth, Australia-based Calima Energy is an international oil and gas company actively drilling in northeast British Columbia. Calima announced last year that CWL Energy was appointed to provide localized and regional project management services – in essence, their storefront and Canadian representation in supporting all aspects of upstream oil and gas development in pursuit of a drilling program in the Montney, in NE BC.

“By dealing with us as a project management firm, we will support them where they want to go, align interests and intended outcomes, and share in the success,” states Jarvis. “Traditionally, that would have been done by companies dealing with large engineering firms.”

According to Jarvis, the biggest challenge to investment in Canada is not what one would expect – engineering and design – but social license and political climate. CWL Energy Management services are attractive to foreign investment since the company’s focus is on regulatory license and managing the associated risks, versus the traditional concept of design and construction. Specific focus on regulatory confirmation, licensing, and removing risk from projects is extremely attractive to foreign ownership, and the reassurance they need to make a final investment decision.

The company tailors a suitable approach to every customer through problem-solving and problem management of issues surrounding what it calls RIEL project management, an acronym for Regulatory Support, Indigenous and Public Consultation, Environment, and Land Acquisition. It began marketing this approach in 2017.

“We developed it because it showcases early planning, and to my knowledge, we’re one of a few firms that does it as a standalone service,” says Jarvis. “There are other groups who do it, but we take a holistic approach using those four specific disciplines and marry them to work towards project success.” Depending on the outcome, focus, and goal, a client may become involved in one, two, three, or all four RIEL areas.

“We don’t pretend to be engineers, and we don’t pretend to do design work,” states Jarvis. “What we do is support project success through social license, through land, regulatory, and Indigenous and Public Consultation. We ensure we check those boxes first prior to design, and then we procure the technical resources needed. We are focused on success through proper planning, initiation, and project management – instead of being reactive, lets be proactive in how we manage and engage the social license.”

Oil and gas remain primary industries, but the company has also seen a significant increase in renewable energy work, such as wind and solar, in and around Western Canada as well as in remote communities.

The CARDON Group now contains four operating entities, as well as a couple other start-ups with about 136 teammates collectively. It hires people with strong regulatory backgrounds or project management professional experience, while those who help deal with Indigenous and Community engagement issues are experienced with stakeholder relations and trained under the International Association for Public Participation, an international association improving public participation and public engagement.

CWL Energy continues to face challenges, including Canada’s ever-changing regulatory environment and shrinking confidence of industry investments from elsewhere in the world. The company deals with clients with professionalism and transparency as it outlines the risks they face – in some cases, cannibalising a project or opportunity at its own expense.

“CWL Energy is on the front lines of it, talking to foreign investors weekly,” states Jarvis. “We say yes, it comes with significant risks and challenges, but we can be successful if we take the right approach on upfront planning with stakeholders in all jurisdictions. The perception of investment in Canada needs to improve, and our firm is focused on helping companies understand the risks and ensuring their capital is invested in strong projects.”

Seeing a change in how the world views its energy needs and the polarizing impact of the oil and gas sector versus renewable energy, CWL Energy believes that people need access to more affordable energy to continue increasing quality of life for all and sees itself trying to break down barriers between the two. There are situations where natural gas may provide the best benefits, or it might be a model that uses renewables as well as hydrocarbons in a hybrid project.

“We are saying it’s no longer oil and gas versus wind and solar. It’s about combining all of them for the communities that we live and work in and finding the best solutions to support the multiple aspects of the energy value change in industrial, residential, and commercial applications. As we like to say, multiple disciplines, multiple industries, one phone call.” 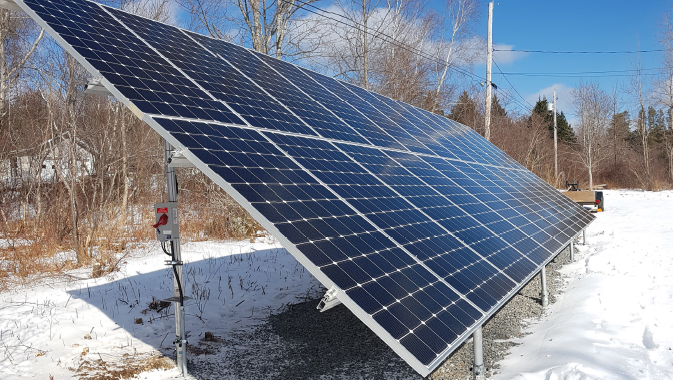