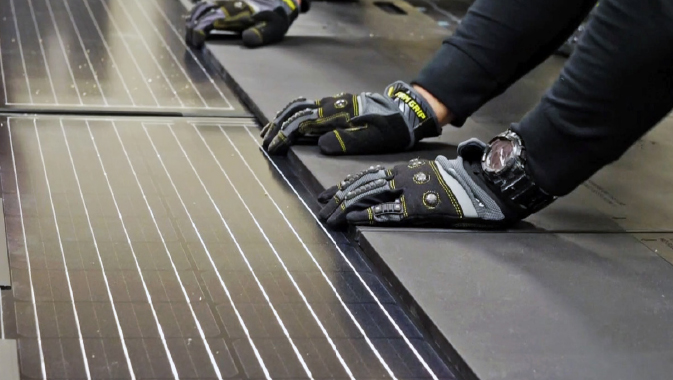 Solar shingles have arrived, and they are finally available for everyone. Invented by Dow, and licensed to Real Goods Solar Company (RGS Energy), POWERHOUSE™ 3.0 is easily the most accessible and pragmatic approach to solar power…
~
Dubbed “America’s original solar company,” RGS has been in the business since 1978 and remains at the forefront of its evolution. Its solar products have been used in almost 20,000 homes and 7,000 commercial buildings across the USA.

“The Powerhouse solar shingle was the first solar product that was certified as a building material,” explains RGS Vice President of Construction Services John Hardwick. He holds a Bachelor of Science in Energy and Manufacturing Engineering and has over 15 years of experience in the solar industry. He worked at Dow for five years on versions 1.0 and 2.0 then recently came onboard at RGS to help with the rapidly increasing market demand for POWERHOUSE™ 3.0 solar shingles. Version 3 was upgraded to use silicon which resulted in higher power with lower cost.

POWERHOUSE™ 3.0 solar shingles are designed to install just like a regular shingle and can take a beating from ice, water, wind, and fire. Each of these high-quality solar shingles are rated to produce 55 watts of power at standard test conditions. 100 of these solar shingles installed as the roof of a home would be 5,500 Watts (5.5 kiloWatts) which is close to the U.S. national average sized solar power system. Think of this as a stealthy, extremely quiet 5.5kW “generator” with no moving parts that has no emissions and the “fuel” is delivered every day for free and it also increases the value of your home and improves curb appeal.

Roofers and homebuilders are champing at the bit to get their hands on a solar product that installs with the same ease as regular asphalt shingles. Solar shingles have a guideline and eight dedicated locations for screws. “If you’re a roofer and you’re looking at a solar shingle that is laid down on the roof, you’ll see the line where you’re used to putting fasteners into… so the geometry of the installation is quite familiar,” says Hardwick.

POWERHOUSE™ 3.0 solar shingles overlap just like regular roofing shingles and can be seamlessly integrated with traditional asphalt shingles, allowing builders to match the shape of the roof and place the shingles precisely where they will be most effective. “You don’t get that with any other building integrated solar module on the market. Ours actually interlace and include a stagger between rows the way traditional asphalt shingles do. Also, solar shingles have about 20 inches of overlap for enhanced leak prevention.”

Instead of large 40 pound clunky panels, these shingles weigh in at just 17 pounds. There are 45 installation steps for traditional solar panels versus 15 steps for POWERHOUSE™ solar shingles. Solar power no longer needs that heavy, expensive, and unattractive aluminum structure to support yet another redundant aluminum frame structure which surrounds traditional solar panel glass. Now that these solar shingles are built into the roof, all of that excess material and extra time to install old school solar panels is eliminated.

“There is no space to allow rodents, insects, leaves, debris, or snow underneath the array,” says Hardwick. “With some other photovoltaic products, you actually have to install a critter-guard around the perimeter, because rodents get in there, and they sharpen their teeth on the wires, and they can destroy an entire array.” As this product is attached directly to the roof, without a gap underneath, this is never an issue.

POWERHOUSE™ 3.0 has an impact resistance rating from UL-1703, meaning it can withstand a strike from a 1.5-inch ball of ice and up to two hundred mile per hour winds and rain. “You can actually walk on ours like a roofing product. Third party testing proves that our silicon cells do not suffer cracks from installation foot traffic. Regular solar panels get microcracks if an installer walks on it; this is extremely damaging and is discouraged.”

POWERHOUSE has a Class A fire rating, effective against severe fire exposure. This is all guaranteed under a twenty-five-year warranty. “Anything an architectural asphalt shingle can do, we can do it for longer, and we can do it better.”

Getting set up as an installation professional is an easy process. First, the company is vetted by RGS based on business acumen, license, and insurance. Next, its employees train using RGS’s online video vault. Videos are broken down into small pieces, so installers can instantly access what they need on a mobile phone, even while working on the roof. “If there’s a certain part that a roofer doesn’t remember how to install, or if they forget how to weatherproof a certain part, there’s an individual video for every single step that they could do.”

Once staff have completed the instructional videos, RGS will send a technician on their first job to make sure everything is done right and to specifications. “We’re there on site to train them for their first install. If their first install is really easy and their second install is very complicated, we may actually support them on the second one as well.”

RGS goes one giant step beyond installation support. Support staff are armed with professional marketing materials that include co-branding options, where a client’s company logo appears alongside ‘RGS POWERHOUSE™ 3.0.’

When a customer places an order, RGS ships everything in one complete kit, with all the required parts and more. Installers “take our solar shingles, perimeter pieces, inverters, and everything that goes into that kit. We will even throw in some additional screws, connectors, and show them how much roofing materials they need for the perimeter. We want to make sure they’re successful, and they don’t have to slow down their job to purchase any additional parts. We’ll give them everything they need and then some.”

For homebuilders, RGS will train the electricians and roofers that already work for their company, so there is no need for outsourcing and no delays. “Not only do we match their build schedule, but we can also use their tradesmen that they’re already in business with. So, whoever is putting in their roofs, that’s who we train to put in the solar shingles, and we train their electrician to run the circuit from the attic down through the inverter to the breaker box main service panel where all other major electrical appliances would be connected, yet solar shingles push energy into the home where other devices consume it.”

For solar integrators, the appeal is offering homeowners a better-looking option to stay competitive. “I think solar power systems need to look good, to blend in with our lives, and they need to blend in with our homes,” explains Hardwick. “There are a lot of installers out there who want to have a good-looking option, so those solar integrators can come to us and offer ours as an extremely competitive and affordable upgrade option.”

The simplicity of POWERHOUSE™ 3.0 combined with a very generous 30 percent U.S. federal tax credit, available for 2019 only, makes now the time for everyone to get into solar. Roofers, homebuilders, solar integrators, businesses, and homeowners can all qualify, and there is no cap on its value. That tax credit is set to drop to 26 percent in 2020 and to 22 percent in 2021. There is currently no plan to renew or extend the credit for 2022 or beyond.

While the benefits of installing solar are obvious in terms of medium and long-term cost savings, the real elephant in the room is climate change. Upgrading existing homes or building new ones that have the potential to be independent of the electrical grid reduces the demand for traditional forms of energy, which are more damaging to the climate.

But what if you are a builder in a cloudy part of the country, is solar still an effective way to go? “Germany was the number one country for photovoltaic for a number of years. Germany receives less annual sunlight than Anchorage, Alaska,” explains Hardwick. “What Germany realized was we have a finite amount of fossil fuel. Let’s use it sparingly and start building a renewable society… for our sons and daughters and their future generations.”

With so many reasons to get a POWERHOUSE solar roof, what are you waiting for? 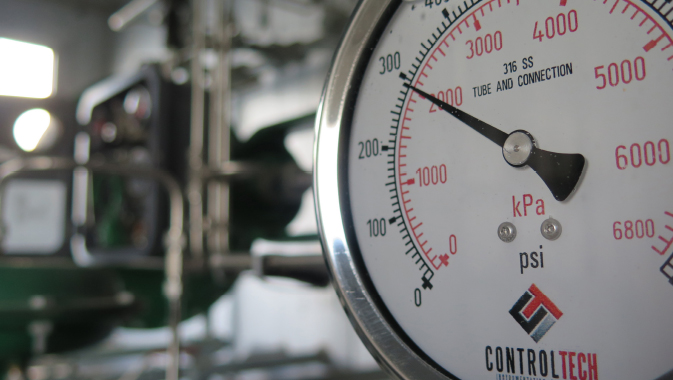