At the Heart of the Food Industry 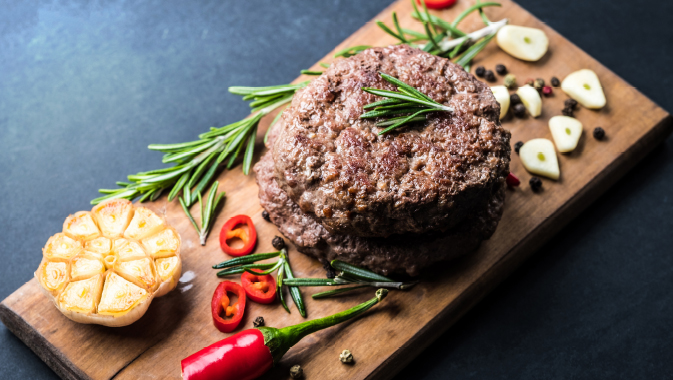 Ford Brothers has been a part of the Western New York food industry for many years. The company is celebrating its seventy-fifth year in business, and this landmark anniversary coincides with record growth. The company’s success is not down to one particular product or decision but is based on the diversity and skill of everyone involved.
~
The company was founded by Elmer Ford and his sons and then expanded when they took over the business. This development included a slaughterhouse which was built to be the biggest operation in New York State at that time.

When Bob and Richard Ford decided to retire, the company was bought by three employees: Mark Strub, Mike Dygert, and Donna Rumfola. They decided to expand the markets in which Ford Brothers operates, which has led the company to a sustained period of growth. However, these new endeavors have not been without obstacles.

Building on a company with seventy-five years of history could be daunting. However, Donna acknowledges the support and loyalty that customers have shown in these years. “All of our customers new and old have been very supportive of our new ownership. They seem to enjoy the relationship they have with direct contact to owners on a daily basis. We work very hard to service the needs, big and small, of all our customers.”

While the company still processes meats, it decided to realign the business structure and move away from the slaughterhouse model around the time that bovine spongiform encephalopathy – also known as ‘mad cow disease’ – started to become an issue.

As Mark, President and one of the company’s three owners explains, the decision had a number of benefits for the company. “That changed the way that we did business because some of the larger processors were more efficient and it got to the point where we could buy it cheaper through those companies than we could produce it ourselves.”

This sentiment is echoed by Donna, co-owner and Treasurer. “Years ago, it used to be strictly a commodity type where you would sell to processors; now we are also gearing a lot of our business towards the butcher shops and meat markets and grocery stores. We see this as an important part of our growth.”

“We are a three-faceted company,” says Mark, of the company’s range of services. “We are a wholesaler for other processors. We take orders for beef, pork, chicken. We pool them here from our suppliers so that our customers don’t have to buy a lot of stock in. We can organize it and deliver it out to them. The second part of our operation is bringing in boxed meat which we deliver to retail grocery stores and butcher shops in the western New York area.” The company is also behind the hugely popular Paddy’s brand. This brand was set up in 2005 and currently produces over ninety tons of corned beef per year.

The company has set its sights on future growth and is achieving it by stocking Paddy’s meats in all leading stores and butchers. The company is actively working with its financial institution, Community Bank, who provides the support which drives Ford Brothers’ expansion to ensure the product gets seen and tasted as widely as possible.

“Increasing corned beef product sales is our main goal,” explains Mike, who is Vice President and in charge of production. “The Paddy’s trademark brand corned beef and shaved sirloin are a high-quality product with name recognition. We are reaching out to brokers in hopes of expanding our market area into Pennsylvania and Ohio along with other parts of New York State and New England. We take great pride in the product we produce, and each year, people stop in from all over the country to bring home Paddy’s corned beef.”

While it seems as though global trends are moving away from meat consumption, for environmental, health, or ethical reasons, Ford Brothers does not see a change on the horizon when it comes to demand for its products. “We have not seen a market for the vegan, organic, and grass-fed product. While we have access to it, we do not have a call for it.” Donna is confident that the importance of culture and food traditions is a strong market force that will keep Ford Brothers growing long enough to celebrate its next big milestone.

“I think because we are about thirty miles south of Buffalo, New York,” she explains, “and the Buffalo and surrounding Western New York area has very diverse ethnic population. Food is a large part of the heritage, and we are able to supply all types of products to markets that cater to these types of food.”

“We only purchase quality choice or better grade, USA-grown product from quality suppliers. Greater Omaha is our largest beef supplier where all of our corned beef raw product comes from. Seaboard Foods, Pilgrim’s Pride, and Routh Packing round out our pork, chicken, and smoked product. They have been instrumental in our success after purchasing the company,” says Mark.

“Breaking into a new market is always going to bring challenges. We are beginning to work our way into some larger grocery store chains, which is a new experience for us. And we are hoping to continue to grow with a constantly changing environment; we are not doing what we did five years ago.”

This difficulty of breaking new markets is amplified somewhat by the widespread shortage of skilled workers, and Ford Brothers has not been immune to this issue. “We are expanding into different areas and just trying to find people to staff those positions has been a real challenge for us. We have networked through people that we know, and also we have some good staff that have been around for years. This helps because they are able to train the right person, someone with the ambition that can handle this type of work.”

To help succeed with a growth strategy that pits the company against much larger producers and suppliers, Ford Brothers have had to make certain that its products and services give more than is expected. Mark feels that the relationships the company builds with its customers make it stand out.

“One thing that we have always done here at Ford Brothers is serve the customer. That is number one for us. When you call this company, you talk to one of the principal owners of the business. There are very few other companies where you would get that. We bend over backwards and sideways to accommodate our clients. I think that sets us apart.”
Donna feels that the company’s pricing is also favorable for all concerned. “Our pricing is very competitive but we also try to get our customers to the point where we enable their business to grow,” she says. 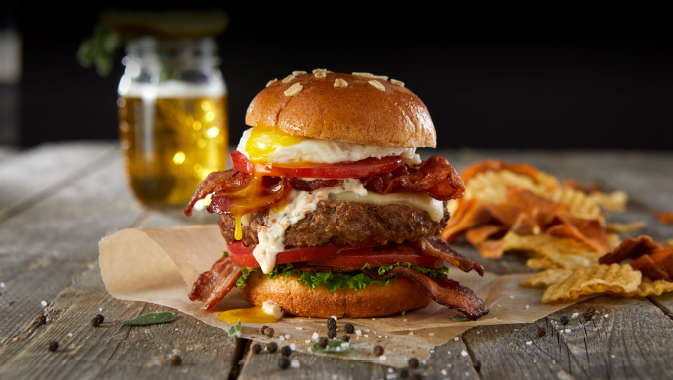 A Ground Beef Processor Focused on Sustainability and Innovation

At the Heart of the Food Industry