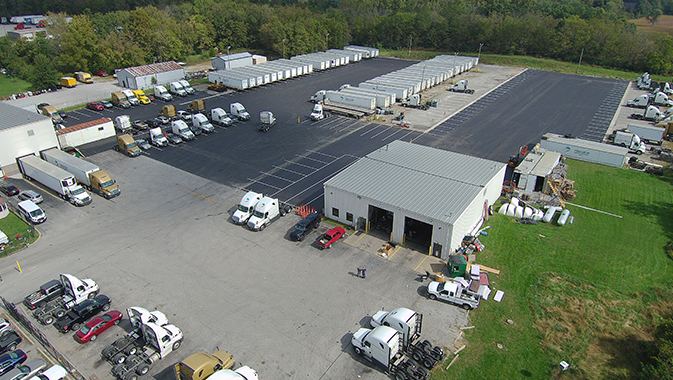 Pegasus Transportation provides a vast array of logistics services, specializing in Just In Time, temperature-sensitive deliveries. The two founders, Dan Lockard and Gary Hanke, had expertise in separate fields and their connections allowed the company to specialize in both the automotive and pharmaceutical industries when it was incorporated in December of 1987.
~
In 2015, Lockard and Hanke developed a succession plan and searched for a partner with similar values to theirs. In March 2015, Pegasus Transportation was acquired by CRST International, a freight company based in Cedar Rapids, Iowa. CRST has eight operating companies, and it prides itself on its ability to serve niche markets, which is one of the reasons it acquired Pegasus.

There have been many advantages to the CRST acquisition. Pegasus still operates autonomously but previously had to rent or lease its trucks and trailers, where now CRST provides its company-owned equipment. The corporate sales department and the recruiting department at CRST are great resources, and the parent company also offers various programs that help to develop leadership skills.

One such program is six months long and meets once a week with selected members to discuss topics surrounding leadership improvement. They have weekly assignments, and at the end of the program, the participants present a project about potential solutions for a specific issue that is facing the company.

Approximately fifty percent of its freight moving is temperature-controlled hauling for the health sciences industry, and the other half is just-in-time services for the Ford Motor Company.

The primary reason Pegasus has been successful in the health science industry is its attention to safety measures it has put in place. It follows the standard operating procedures that the customer requests and heavily trains its drivers to follow those regulations.

“We’re ISO 9001:2015 certified, and to have that quality behind us is important to our customers, so they see that we take things seriously and that we look to follow all procedures that are laid out. We don’t just say it; we actually do it,” says Pegasus Transportation Financial Analyst Eugene Lykes.

Pegasus has a small but growing brokerage department at its facility in Louisville, Kentucky and its own warehouse where it occasionally stores customer products for short periods. It also has a drop lot ten miles from the main site that is used to serve Ford’s Louisville assembly plant located only two miles from the drop lot.

The company hosts a driver banquet annually where it hands out various achievement awards such as ‘driver of the year’ based on driver scorecards that keep track and rank the drivers in regards to miles per gallon, idle percentages, and on-time deliveries. “We try to show our drivers that we appreciate them that way and that they’re true professionals and the things they do aren’t going unnoticed,” says Lykes.

Pegasus also has a staff of approximately sixty office employees and 455 drivers. A group of office employees make up the ‘good time team’ that organizes events such as summer cookouts to encourage camaraderie. The company sets goals and often has celebratory food catered for all the drivers and office employees when it achieves these.

As Pegasus continues to grow in customer numbers and revenue, it has been able to show its appreciation to the drivers who make it possible. It recently renovated its company drivers’ lounge, including the showers and bathrooms, to create a more inviting atmosphere. The room features comfortable booth-style seating and two large-screen televisions.

The drivers often travel with their pets, but the facility did not have a proper place for animals when employees are on the property. So the company recently renovated a trailer into what it calls a ‘pet palace’ to house travelling furry companions in a pet-friendly environment.

The labor pool of drivers continues to shrink in the industry, and it is important for companies to focus on employee satisfaction to be successful. Pegasus works with a company named WorkHound to help with driver retention by collecting anonymous feedback from the employees and listening to their suggestions about overall company improvement.

“What we do for the driver shortage is we make sure that our house is in order and take care of what we need to here and keeping our drivers happy, which helps with turnover,” says Lykes. The company is also actively recruiting; it has six recruiters, and it shares resources with CRST.

The challenging rising costs in the transportation industry have led the company to invest in useful technology and find new ways to become more efficient. “More than eighty percent of our units are equipped with APU or opti-idle which reduces unnecessary idle times by not running trucks when they don’t need to be run or when they are running idle, say to keep driver warm in the winter, that they’re running as optimally as possible.”

When a truck is parked, the APU, or auxiliary power unit, automatically provides power to the systems powered by the main engine. The APU shuts down when the truck is restarted, and the engine takes over the charging. Opti-idle, or optimized idle, runs the engine only when needed to maintain the engine oil or cabin temperatures.

“We also make sure all our models are equipped with emission reducing technology such as EGR and idle shutdown,” says Lykes. EGR, or exhaust gas recirculation, recirculates part of the exhaust gas back to the engine to reduce emissions, while an idle shutdown is a timer that will automatically turn off the engine if it idles for an extended period.

Approximately ninety percent of its trailers are equipped with tire inflation system to keep tires at the ideal pressure, and the company updates its equipment regularly to ensure that it is running as efficiently and as emission-free as possible. “We dispatch and purchase fuel using software that provides the optimal route to take and where the best discounts are to fuel.”

The quality department at Pegasus tests new refrigerated trailers for a full twenty-four hours when they join the fleet to ensure they hold temperature reliably and will not damage any customers’ products. “We make sure that the trailer is holding its temperature and doing what it’s supposed to do before we even put any customer freight on there,” says Lykes. “We make sure that those trailers are good because we do not want to have a temperature excursion and cause the shipment to go bad, so we go out of our way to make sure our equipment is going to work.” Customers are impressed that the company takes such measures to protect their products.

The company has also taken steps to protect the community. Charlie’s Kids Foundation is an organization that former owner Gary Hanke established with his family in the name of his grandson Charlie who passed away from SIDS in April 2010. It promotes safe sleep awareness and released a book that is sold to hospitals across the country to educate new parents.

The company currently serves forty-eight states and Canada, but the majority of its business comes from the Midwest, the South, and the Northeast. Pegasus hopes to extend brand awareness along the West coast over the next few years. In the long term, it plans to continue to expand in the health science world, as it has enormous potential for further growth and this essential industry deserves the highest standard of care.

“We are not just a trucking company, but we help save lives by providing safe on-time delivery of our freight.” 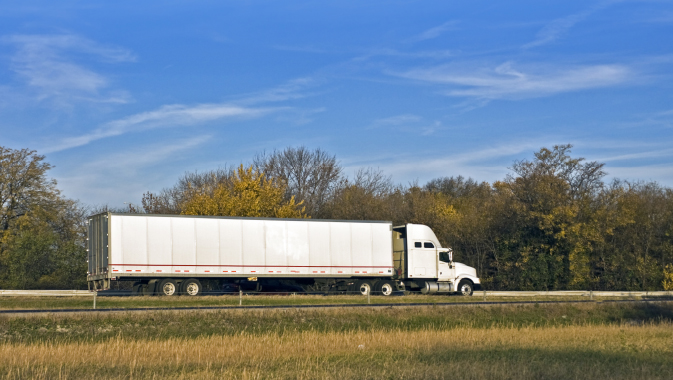