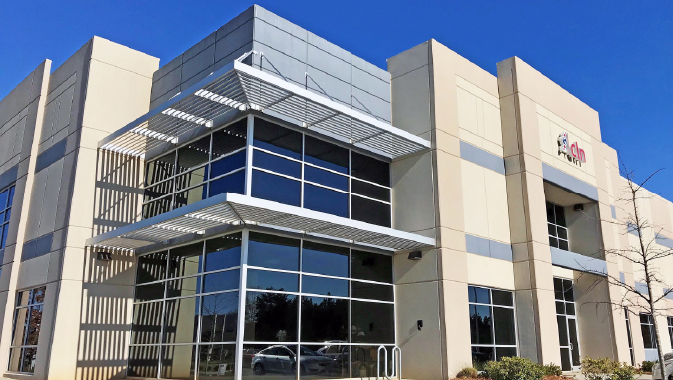 Global operators in mid and emerging markets know that their very existence depends on effective supply chain management, and CLN Worldwide is an international authority in the field of freight forwarding, with an impressive list of loyal customers that stand testimony to its long-term commitment to excellence. This company gets multi-modal import and export right, underwritten by the global giant Lloyd’s of London.
~
CLN Worldwide’s international reach and over 180 partner offices in more than ninety-five countries across the globe, means that there are few places that this company does not have access. It is, therefore, no wonder that the company is greatly favored for its unique services that add significant value to its customers’ operations in the form of time and financial savings. Not to mention sparing them the hassle of dealing with transportation challenges, Customs, and regulatory bureaucracy.

“We deal mainly with companies that are actively buying and selling products, materials, and equipment internationally. They often face a complex logistics environment abroad. CLN navigates the entire process on behalf of its clients to ensure that their shipments continue to move smoothly. It is a minefield for even experienced companies,” says President and Founder David Sitton.

The company’s services include transportation coordinating, customs processing, regulatory compliance assurance, and financing these processes, where necessary. These are complex transactions that CLN Worldwide endeavors to take off its customers’ hands by planning ideal routes, choosing the best carrier, and by negotiating the best rates. It offers in depth insight into areas including temperature-controlled supply chains, Out-of-Gauge and oversized shipments, and heavily regulated environments including the defense and aerospace industries.

The company also provides classifications and reviews of the appropriate harmonized tariff codes – the standard codes that simplify global recognition of products, duty rates, whatever free trade agreements may apply, and other customs regulations that come into effect during importation. Such compliance involves a huge number of strict requirements as set out by over eight official agencies in charge of overseeing global shipments.

CLN Worldwide navigates this legal quagmire on behalf of its clients with attention to even the smallest detail. The company sees to it that its clients are remunerated for their international sales and shipments, making it much safer when doing business with strangers in foreign countries. It also assists in managing the necessary financial documentation that acts as protection guarantees for purchasers and sellers when dealing with international clientele.

The business is structured to operate at optimum efficiency, with departments dedicated to specific areas of trade and regulation. These are divided into the international transportation group which manages international air and ocean import and export. The warehousing and distribution department is in charge of transferring goods for shipment, picking and packing. The customs brokerage department deals with the legal aspect of the process. Its compliance and regulatory experts attend to the paperwork while the financing department helps ensure that sellers receive timely payment from their buyers.. It also has a department that negotiates pricing and contracts, while another group only creates solutions for complex shipments. Its marketing department, of course, ensures that everyone knows about its services.

“We are fixers, the Olivia Pope, of the international logistics world,” says David, referring to the crisis manager from the television drama Scandal. “Companies often find themselves in a mess, and we solve the problem for them.” Unravelling problems entails finding solutions for stuck shipments, products halted for violating the terms of the Environmental Protection Agency (EPA), serious production delays due to supplier facility closures, and an abundance of other calamities.

CLN Worldwide opened its doors for business in 2002 when David merged it with an existing fourth-party logistics company – a type of outfit that typically manages the entire logistics operation – to improve the spectrum of expertise and services on offer. Although it started by focusing mainly on the international transportation and customs sector, it has expanded its capabilities significantly over the past fifteen years.

Today, it is an expert on the entire logistics process, from start to finish. This is no mean feat in an industry where even the simplest shipment can have unexpected issues. Of course, nobody starts out in this business knowing exactly what to do. The company’s skills evolved as it partnered with its clients and realized that there was so much more it could do to lighten their loads.

While the current market is well-populated with big companies with similar services, mid-sized and emerging companies still tend to have a really hard time getting any tailored service from them due to their smaller business loads; while the smaller companies that offer these services cannot offer the breadth of services that CLN Worldwide does.

CLN is continually adapting to suit the needs of the middle market and emerging businesses with global logistics needs. “As the organization has grown, we have developed into a team-based environment in order to provide both the depth of knowledge and the collaborative experience for the client,” says David.

CLN Worldwide has recently expanded its presence from two offices in Charlotte, North Carolina, and Charleston, South Carolina, respectively, to three with its latest branch opening in Manhattan, New York. In 2018, it added three state-of-the-art technology platforms. These will offer a comprehensive overview of its rates, routing, and scheduling on air and ocean freight. It has also launched a small package courier service that is set to serve the market in ways that were not possible before.

This past December, the company was faced with an emergency when one of America’s most famous luxury retailers, Nordstrom, realized at the last minute that it had overlooked a parcel that was meant to be in the United Kingdom for Christmas. The package got to England on time, and the client was over the moon. It is thanks to adaptability and customized service such as this that CLN Worldwide has enjoyed double-digit growth annually for sixteen consecutive years.

“Our growth is fuelled by our commitment to solve clients’ problems and ensure that their businesses continue to operate unimpeded by the logistics challenges that they face,” says David.

Being in the business of problem-solving naturally means being in the business of circumventing or removing challenges, and CLN Worldwide has many such victories. Like the time during early 2000, when the West Coast port strike stopped imports, and the company’s solution was to reroute goods along the Gulf and East Coast to keep its customers in stock and mitigate backlogs.

Then, in 2010, Iceland’s Eyjafjallajökull eruptions caused havoc for European air traffic due to volcanic ash posing a threat to aircraft. The company again found alternative routes so its customers could continue trading.

There are times when shipments are halted due to regulatory incidents like when the company’s legal team had to save the day because the EPA had blocked a shipment due to ‘improper claims’ on the packaging. CLN Worldwide rushed to the rescue, resolved the problem, and the products were cleared for delivery.

According to David, one of the main industry challenges at present is increased duty on Chinese imports. CLN Worldwide is diligently assisting its clients in claiming relief on such imports.

With so much at stake, the company prides itself on having outstanding people. They bring a combination of industry experience and expertise from other fields to allow the company to be incredibly nimble. So it has a steady stream of qualified new candidates, CLN Worldwide has an internship group that is being trained and mentored to move into settled positions throughout the business over time.

It is not all work for this logistics expert, however. The company supports the Angels of ’97 Memorial Scholarship Organization. This initiative was started by the North Mecklenburg Class of ’97 in honor of losing five greatly loved classmates to car accidents and illness. It aims to provide financial assistance to high school students with limited means so that they can obtain tertiary education. CLN Worldwide is a proud supporter of this annual fundraiser.

While the company honors its past, it is also looking to the future with great anticipation. “Technology is finally converging to the benefit of the logistics industry. The impacts are largely marginal today, but they will soon become transformational. Automation, artificial intelligence (AI), and the blockchain will gain momentum,” says David.

The company harnesses the latest technological developments to secure market share and expand its capabilities. One example of this is automated programs that fill out documents where this is mostly still done manually.

“It really is a complete ecosystem. It takes great skill to ensure that everything arrives and happens on time every time,” David adds.

Automated warehouses and autonomous vehicles are promising technologies, potentially saving time and money and turning this type of business into a much more asset-heavy model than has traditionally been the case. At the pace of current developments, this is an industry which may well change a lot faster than expected. 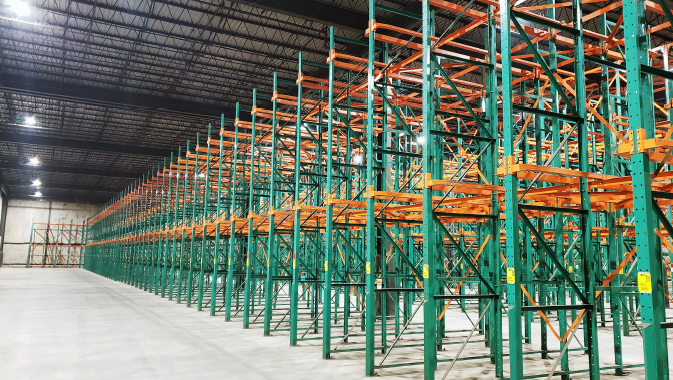 Where Not a Minute is Wasted