A Legacy of Trusted Robotics Solutions 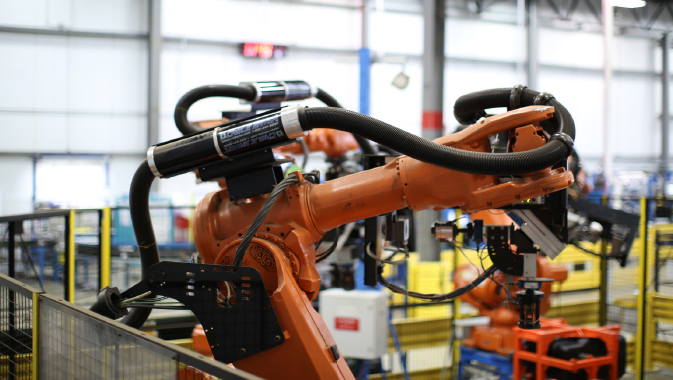 Cable management company REIKU/Drossbach began initially as separate German-based companies. Drossbach was founded one hundred years ago in 1919 and REIKU fifty years ago in 1969. Both companies expanded into American operations in the 1980s before merging in 2002 and later joining the Delfingen Group in 2018. Delfingen Group is a global automotive supplier and manufacturer of fluid transfer tubing and onboard networks protection.
~
Today, REIKU/Drossbach is a cable management and cable protection specialist and leader within the field of robotics, employing ninety people at two North American locations in Stow, Ohio and Trenton, Ontario.

Vice President Garry Herrington says that, of the many products offered by the company to the robotics field, those for cable protection and management are what continue to be the most sought-after. The company has the largest offering of cable management components in the world, and these are of high quality.

Recently, REIKU has introduced new products to its line, and the trademarked Cable Saver and Cobot kits are proving particularly successful. The Cable Saver kit uses a spring retraction system to keep a robot’s service loop in a safe location to eliminate downtime, and the Cobot kit works in tandem with collaborative robots of any size and speed. Collaborative robots or cobots, as they are known, share a workplace with human employees and are designed to interact with them.

Custom cable-cutting is a rapidly increasing service of the company, and Herrington says that REIKU can also custom-cut its Cablestars in twenty-four hours. The stars sit in the ends of the conduit that contains the cables and firmly holds them apart from each other and the walls of the conduit to prevent wear. The stars are molded of a tough modified polymer to securely hold the cables. “We custom water-jet the holes in it and put a cut down the middle, so they fit around cables and hoses, then [it] fits inside of clamps and squeezes the hoses so they aren’t getting tugged on during the manufacturing process…Breakage of cables and hoses and pulling away from connectors is ninety-nine percent of the problem.”

The engineering department, headed by Dave Carruthers, is very important to the research and development of these products and to providing top-notch product support. Herrington says that what separates the company from others in its field is the range of products it offers, the quality of each component, the inventory levels of the products, and the service that customers receive from engineers and staff. Downtime in automation can be a costly problem, and the primary cause is cable and hose failure. Through the service and systems offered by REIKU, that problem can be managed and eliminated

Components as intricate and necessary as these do not come along without help, which is why the company’s suppliers are valued partners in what it does. The suppliers always endeavor to provide a quality product on time. This dedication and close relationship are “key to the success of a product line.”

Herrington says that the company’s raw materials suppliers as an example of this. Suppliers will help develop the right nylons and materials that are flexible but also very strong so that a product can operate fully and withstand the vigorous robotics work it will be called upon to perform.

The company’s close ties do not end with its suppliers, as Herrington notes that REIKU/Drossbach is involved with many associations, all of which have boosted its success throughout the years. These are associations such as the Advanced High Tech Distribution Association, the Robotics Industry Association, the American Welding Society, and Robotics Tomorrow.

Aligning with associations, trade sites, and magazines within the industry has become a vital part of the company’s marketing strategy because, as it Herrington says, these relationships have allowed the company to “provide solutions and grow our business through new customers and new partners.” REIKU has also found success more recently using online marketing, including through social media sites such as LinkedIn, and through its own websites.

REIKU/Drossbach customers are incredibly varied, and its products are used in many sectors including automotive and vehicle construction, food manufacturing, and mass transportation. Herrington breaks clients into four categories: manufacturers of robotics like APB, Yaskawa, Kawasaki, or UR; integration companies that work on integrating robotics cells; distribution levels that sell to end users; and finally, directly to end users, such as a manufacturer with robotics cells that may be experiencing automation problems.

The highest priority is customer satisfaction with all its products and services, and Herrington declares that the goal is always to deliver a workable result while turning products around quickly. The company offers full engineering support to customers to design and implement systems that will produce a quick and effective solution for preventing any potential cable and hose failure. The company also sports a particularly large inventory of its products, which can have any customer’s system operational as soon as possible.

Much of REIKU/Drossbach’s business is project-related, and as Herrington says, the company must always work toward new projects for its customers, which can prove to be a significant challenge. As he notes of the ephemeral nature of a project-to-project model, “Five hundred robots will not be there next year, so you have to fill that void to continue to grow your sales.”

Another issue is the need to educate the market on the importance of its products. Herrington says that education is typically one of the last things that is thought of or paid attention to in integrating a robotics cell. Care must be paid to this step through every project, to ensure that it is planned for when navigating through design with a customer; there is hardly any time to rest in this field, and REIKU knows this well.

If its yearly growth is any indication, the prospects of REIKU/Drossbach are bright. Herrington says that the company continues to increase at a rate of roughly twenty to twenty-five percent per year, and it is hoped that it will expand by thirty percent or even more within 2019.

Herrington says that the launch of products like the collaborative robot system and the Cable Saver kit are ones in which the company has a great deal of faith, and he cites work with original equipment manufacturers such as General Motors, Ford, Honda, Kia, and other major manufacturers as particular highlights of this culture of growth within the last few years. Companies and businesses across a multitude of sectors are trending toward automation which means that the solutions of a company like REIKU/Drossbach will be in need for the foreseeable future. 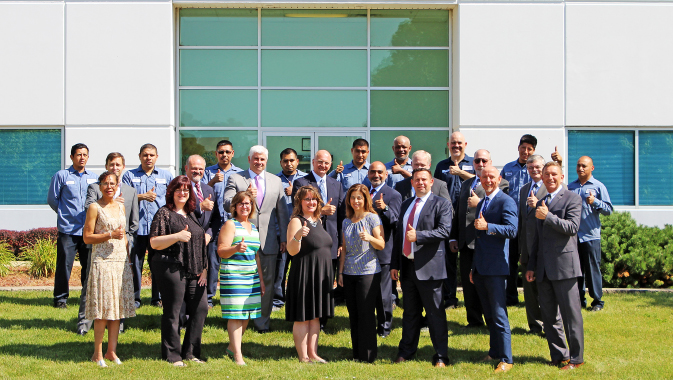 On the Cutting Edge

A Legacy of Trusted Robotics Solutions