The Fastest Growing Segment of our Economy 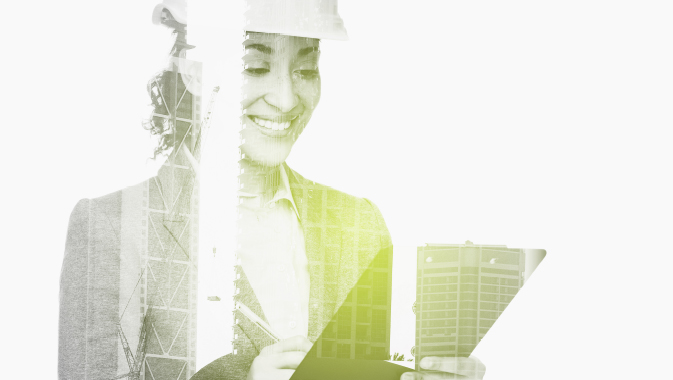 In the U.S., more than 9.1 million firms, mainly small-to-medium enterprises, are owned by women. They generate $1.4 million in sales and employ nearly 7.9 million people, according to the National Association of Women Business Owners (NAWBO). Canada is keeping pace, as research cited by Susan Ward in ‘Statistics on Canadian Women in Business’ indicates that the country “is a global leader in women’s entrepreneurship, with participation of Canadian women business owners comparable to those in the United States.” But it has not always been this way, nor has it been easy.
~
Once upon a time, the term female entrepreneur was an oxymoron. To be sure, there had been some extremely successful businesswomen. Arch rivals Helena Rubinstein (1872-1965) and Elizabeth Arden (1878-1968) come to mind. Rubinstein, who was born in Poland, and Arden, born in Canada as Florence Graham, both immigrated to the U.S., where they founded what became multi-million-dollar cosmetics empires, making them two of the richest women in the world in their time.

At the other end of the entrepreneurial scale, throughout the nineteenth and early twentieth century, were the home-based businesses of women working as seamstresses, hairdressers, child-care providers, private music teachers. More often than not, their work was viewed as a sideline, supplementing their husband’s incomes. They did not receive the respect or recognition they deserved and faced roadblocks every step of the way.

They lacked mentors, something viewed as key to businessmen’s success, and they experienced difficulty even opening bank accounts or receiving loans to expand their businesses. In fact, it was not until 1964 that married Canadian women were entitled to open a bank account without obtaining their husband’s signature.

And it was not until 1988, when the Women’s Business Ownership Act was passed by the U. S. Congress and signed into law by President Ronald Regan, that women in every state were able, at last, to receive a bank loan without the signature of a male relative.

Instrumental in getting that act passed was the National Association of Women Business Owners, which was incorporated in 1975 in the D. C. area by a group of a dozen businesswomen who wanted to meet to share information and create a professional community to further their entrepreneurial interests. Within a year, the organization had organized a network of chapters across the U. S. and emerged as the only dues-based organization representing the interests of women entrepreneurs across all industries. According to the organization’s website, it now has over five thousand members and sixty chapters across the country and acts as a “one-stop resource to propel women business owners into greater economic, social, and political spheres of power worldwide.”

Among other achievements, the organization has pioneered a woman-owned business loan fund with partners Wells Fargo and Bank of America (1995); formed WomenBizRelief to assist women entrepreneurs affected by Hurricane Katrina (2005); and partnered with Facebook Chief Operating Officer Sheryl Sandberg and her Lean In foundation which focuses on offering women inspiration and support to help them achieve their goals.

In Canada, a federal government website is a one-stop shop for women entrepreneurs, either current business owners or those considering it, with links to federal, provincial, and territorial government programs. For example, a woman entrepreneur in Northern Ontario can contact the PARO Centre for Women’s Enterprise where she can find coaching, training, and peer lending programs to start or grow a business; a woman from Quebec can obtain funding, training, or mentoring for a project relating to the acquisition, start-up, expansion, or consolidation of a business through Femmessor – Réussir en affaires, and so it goes, across the country, from coast to coast.

There are also links to the Women’s Entrepreneurship Fund, where women can get up to $100,000 to grow their businesses and to Women’s Business Enterprises (WBE) where they can learn how to become certified to increase access to contract opportunities in Canada and abroad.

An important resource in the private sector is the website of Women of Influence Worldwide, Inc., one of North America’s leading organizations working towards gender equality in the workplace, which offers advice and inspiration for women entrepreneurs.

Now in its twenty-sixth year, the RBC Canadian Women Entrepreneur Awards, presented by Women of Influence, received a record-breaking 7,400 nominees. Seven winners of this year’s prestigious awards were announced at a gala in Toronto on November 21, joining the six recipients of the new up-and-coming ‘Ones to Watch’ category, announced in September. This year’s winners and recipients span sectors that include innovative apparel solutions, trailblazing food conservation, next-generation fertility, progressive childcare, a reimagined model for consultants, and a multi-lingual service to improve the well-being of people facing language barriers.

We wanted to speak directly with women entrepreneurs, so we visited two in eastern Canada whose businesses have each been operating for over twenty years. They talked about the qualities they believe have contributed to their success, their management style, the passion for what they do, and the importance of networking and partnerships.

Ellen Pickle, owner of Sackville, New Brunswick-based Tidewater Books & Browsery told us, “When I started the business in 1995, the sky was falling, and it’s been falling ever since, but it goes up again. Six months after I opened, the chain opened in Dieppe, just a thirty-minute drive away, and people said, ‘you won’t survive.’ Almost twenty-four years later, I’m still here.”

One of her strategies was not trying to compete with the big chains. “The independent bookstores that didn’t survive were the ones that tried to compete, but you just can’t do that. You have to do something different,” Pickle says.

Being different means knowing her clients’ tastes. “One of the keys to success is knowing what people want. When I’m doing orders with publishers’ reps, I’ll see books I know so-and-so is going to love, so I send a link and say this is coming, and more often than not, they say ‘Yes, reserve me a copy.’ It’s important to speak with your customers when they’re browsing to get a sense of what they like and don’t like. Talking to customers is how you succeed in this business. There’s a lot of hand-selling in book-selling.”

It also means going where the customers are. While chains want to get people into the store, her motto ‘Have Books, Will Travel’ stands her in good stead, as do her networking skills. An important partnership is one she developed in 2005 with the Frye Festival, Atlantic Canada’s largest literary festival, which attracts such acclaimed authors as Margaret Atwood and Diana Gabaldon of Outlander fame. And in the midst of them for the week-long festival, at Frye headquarters, is Pickle with a book table.

“I was just talking with author Beth Powning, and she was telling me that an organization there wanted to bring in authors to read, and I told her I’d come,” she says. ‘There’ is near Sussex, New Brunswick, a ninety-minute drive from Sackville.

But Pickle never forgets local authors. “I know how hard it is for them to make a living,” she says, “so supporting them has always been important to me, and that’s why I keep them in the very front section of the store.” And that kind of empathy extends to her management style. “We’re more like a family,” she says referring to the two female employees who have been with her for eighteen and twenty-one years.

And it is important for entrepreneurs to change and grow, she says. After renting retail space since the beginning, Pickle and her husband purchased the building in 2017 and expanded into the space once occupied by the former landlady, also an entrepreneur. Now, in addition to books, Pickle is selling fine, made-in-the-Maritimes crafts.

Marie Cadieux, director of Éditions Bouton d’Or, a French-language children’s book publishing company based in Moncton, New Brunswick, speaks about a collegial management style. “Our way of working involves multi-tasking and transparency. We work as colleagues and not in a hierarchical way,” she says. Staff include three full-time employees, several interns, a part-time bookkeeper, and graphic designers on contract.

Cadieux’s sister, Louise Imbeault, is technically the owner, having bought the business in 2012. The business was founded in 1996 by university professor Marguerite Maillet, with a mission to produce high-quality books for children and teens, written by Acadian authors, and illustrated by visual artists. “But,” Cadieux says, “I see it very much as ‘my’ business, even though I don’t own it. I invest a lot of time and passion, ideas, and all my past experience. I’m putting in a whole lifetime of experience, all pertaining to the arts, so I feel I have ownership, without being the owner. But in other ways, we’re all the owners.

“In the children’s book world, there’s a lot of women involved, and we bring attention to detail and a kind of holistic view, which is not to say men don’t have that. In terms of Louise’s investment, it has nothing to do with profit and any kind of little profit goes back into making more beautiful books, so for us, it’s not about profit, it’s about building something. We try very hard, but I think the questions we ask may be a little bit different from what men might ask.”

Like Pickle, Cadieux “does a lot of networking and is always thinking about who we can partner with. How can we make a book launch into a community event? It’s about being business savvy because it assures more stakeholders get involved in what we do. I’m always thinking about the possible partners in the city, the province, and outside the province, and I’m involved in cultural associations, so I know what’s happening in Quebec and Ontario.”

Cadieux has also had success marketing books in France, has joined the Atlantic Publishers’ Marketing Association, and had a few of her over two hundred French-language titles translated and distributed by Nimbus Publishers in Halifax, Nova Scotia. “I think of them all as partners,” she says. “We share expertise, and it makes a big, big difference.”

While both Pickle and Cadieux strive to maintain financially viable businesses, for them, the bottom line is not so much about money, but about the joy of creating something meaningful and sharing it with the wider community. 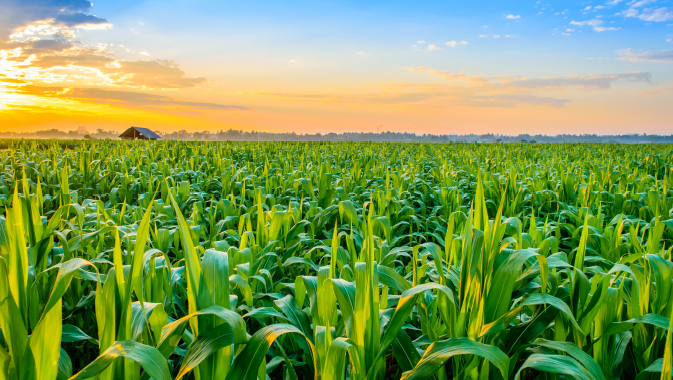