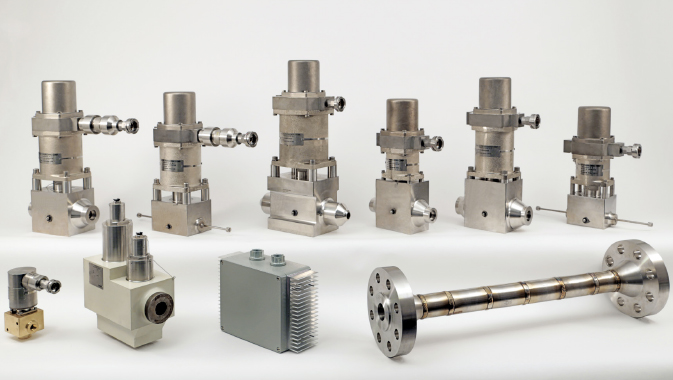 Valcor Engineering Corporation designs and manufactures fluid control components for a wide range of industries with aerospace, nuclear power, industrial, medical, and scientific laboratory applications. The company specializes in highly-engineered, custom solutions over commodity components.
~
“We go after very demanding applications,” says Vice President Leo Loiacono. “We don’t have a standard catalog with standard products. There are plenty of companies that do that, but that’s not Valcor. We’re truly the customized solution.”

Valcor was established in 1951 as a small, one-man operation in a tiny section of a shared industrial loft in Newark New, Jersey. The company founder Morton Kreitchman was developing a floating seal valve for cup vending machines. The device he was working on turned out to have applications in aircraft manufacturing and caught the attention of a major player in that market called Republic Aviation. It became Valcor’s first customer and used the valve that Kreitchman had designed in F-84 fighter planes. This introduction into the aviation marketplace would set the course for a very successful future.

Kreitchman continued to devise and build new fluid control components, primarily for aerospace but his inventions found applications in other sectors as well. His electromagnetic pump was far better than competing components at accurately dispensing small amounts of liquid, and this product found applications in medical and scientific laboratories where high precision is critical. His valve assembly for beverage dispensers significantly improved sanitation in those machines, which opened new avenues in the food and beverage sector. It was because of these and many other successful inventions that in 1999, Kreitchman was inducted into the New Jersey Inventors Hall of Fame.

For sixty-eight years, the company has held to the founders’ vision for innovation and highly-engineered work. As a result, Valcor has seen consistent growth since it began. The company has built a reputation for its ability to develop distinctive solutions to some of the most difficult problems.

Headquartered now in Springfield, New Jersey, the company has expanded its offerings to include an extensive assortment of fluid control products, and is aiming to concentrate less on individual components and more on complete systems. “Valcor has traditionally been a component supplier,” says Loiacono, “so we might supply a valve or a few valves. Going forward, we want to supply more of the system. We’re working with our customers, so that we can supply a system or a panel of components or an entire module.” The company believes that this shift in focus will allow it to serve customers better by providing more complete solutions.

Electroid is a division of Valcor Engineering that specializes in the development and manufacture of electromagnetic brakes and clutches, primarily for the aerospace, military, and commercial aircraft industries. Together, Valcor and Electroid provide an even more complete portfolio to customers in these sectors.

The company stands out by seeking projects that are often outside the capabilities of its competitors. The company has won two noteworthy Silver Snoopy awards from NASA for developing hydrogen and oxygen manifolds for the Boeing Space Launch System (SLS). It wins contracts with well-known customers including Boeing, Sierra Nevada, Lockheed Martin, Aerojet Rocketdyne, and many more. Valcor has earned the trust of these multi-billion-dollar, multinational customers with critical needs by providing reliable product quality and paying careful attention to the one-of-a-kind needs of each customer and application in question.

As a result of its engineering expertise, the company frequently presents its designs at significant exhibitions around the world. In 2018, the company held exhibits at the Medical Design and Manufacturing exposition in Minneapolis, Minnesota; National Business Aviation Association conference; Farnborough Airshow; American Institute of Aeronautics and Astronautics (AIAA) Propulsion and Energy Forum; nuclear industry exhibition; Helicopter Association International (HAI) Heli-Expo; SmallSat Symposium; and Air-Operated Valve Users’ Group (AUG) and Motor-Operated Valve Users’ Group (MUG) conference (AUG/MUG). These represent some of the largest aerospace and technology exhibitions in the world, and Valcor presents at many of them annually. As a leader in the development of fluid control systems, the company is always at the forefront of the industry and always has something new to share.

Beyond aerospace and aviation, the company offers an impressive selection of valves and other fluid control components for customers in varied industries. For the industrial market, it has developed products used in everything from oil exploration and power plant applications to floor cleaning machines for industrial buildings. For scientific, laboratory, and medical type applications it has designed components for biotechnology, chromatography, medical sterilizers, cryogenic handling, dialysis machines, and much more. Customers in these industries have high precision requirements that Valcor meets, resulting in long-standing relationships.

The company has developed flow control devices that are used in nuclear power plants and nuclear waste treatment facilities for containment, control room isolation, and even for post-accident sampling. Valcor’s expertise and track record for high quality is shown through its dependable solutions for very tough, critical applications.

“We differentiate ourselves by going after hard problems with tough solutions that others cannot do easily. We work to relentlessly solve difficult problems and don’t give up. If we accept a contract, we’ll do whatever it takes to solve that problem. We truly want to be not just a supplier, but a partner, because we see this as a long-term relationship with our critical customers that have long-term production.”

The company has designed a number of valve components for missiles that are used for providing thrust, pressure relief, pressurization, and accumulators for thrust vector control which are used to control the direction of the device. For aircraft applications, the company has developed precision components for fuel tank safety, anti-ice systems, cabin pressurization, fuel transfer, firewall shutoff, emergency landing gear, and emergency floatation systems.

To design and create products for these critical applications for some of the world’s most demanding industries, the company has several key certifications that indicate precision, high quality, and uniformity in its production. These include ISO9001:2015, AS9100D for United States aerospace development, ASME/NB for government safety regulations, FAA repair certifying the company to perform aircraft maintenance, EASA for the European aerospace industry, and NADCAP certifications for chemical processing and welding for national aerospace and defense projects.

“We continue being awarded new business on new programs with all of our major customers,” says Loiacono. “That’s a vote of confidence from them on our ongoing abilities. We’ve been in business for sixty-eight years now, and we have contracts that continue taking us through at least the next ten. Our customers believe in our longevity.”

One of the issues facing Valcor is its aging workforce. Having a long-tenured staff has given the company a wealth of experience, but as its employees begin to approach retirement, the company has been investing a great deal of effort into transferring that technical know-how to the next generation.

Valcor seeks out talent from engineering schools around the New Jersey area and throughout the country. It identifies students with a high level of technical skill and an attitude suited to the culture within the company. New employees are brought into the team and given apprentice training under employees with years, often decades, of experience. This training can last three or more years, after which, the new workers will be expected to take over some of the responsibilities of those exiting the workforce.

Valcor pays special attention to how prospective employees fit within the company’s culture. Many customers with critical needs rely on its service, and the company’s values of integrity and trust are central to maintaining those relationships. In a very literal sense, lives depend on the products that it designs and supplies, and being a trustworthy partner to its customers is the very foundation of its ongoing success.

This engineering company seeks out the most unique and challenging projects with long-term production, and its custom solutions to difficult problems is what truly sets the company above the competition. And after sixty- eight years, Valcor Engineering aims to continue seeking out projects that enable it to provide complete solutions. 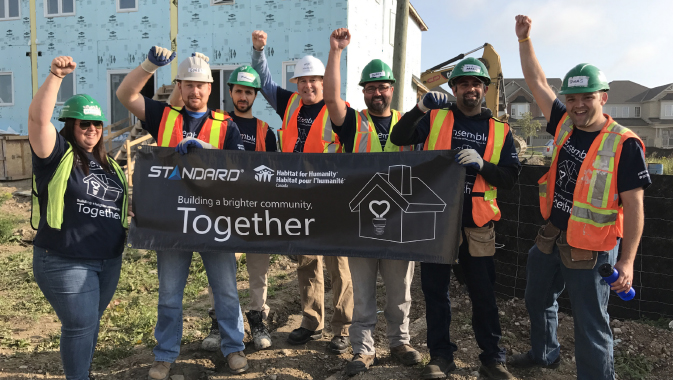