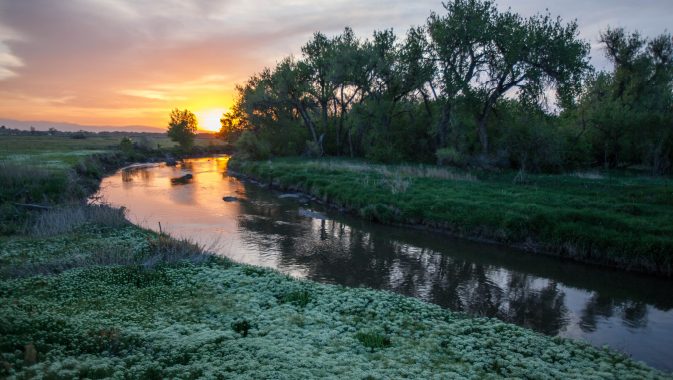 Greeley, Colorado was named after New-York Tribune editor Horace Greeley, following his visit during the Gold Rush. Horace had popularized the well-known slogan, ‘Go West, young man, and grow up with the country.’ While he may have returned to New York, others came, stayed, and they continue to come here to this day.
~
We talked with City Manager Roy Otto, Assistant City Manager Becky Safarik, and Director of Economic Health and Housing Benjamin Snow to find out why the city of Greeley continues to thrive.

Greeley is one of the fastest-growing cities in Colorado and the envy of the state. Why? Start with its top universities and colleges, the new Leprino Foods factory, a 147-room DoubleTree by Hilton hotel, new hospitals, oil and gas development, and a redevelopment program that is bringing in businesses and new housing.

Surrounding Greeley in Northern Colorado are the cities of Fort Collins, Loveland, and Windsor. “There are also a number of other, smaller growing communities. We are proud to be a part of the second-largest and fastest-growing area in the state of Colorado and the Denver metro area,” says Otto.

The growth has been carefully cultured by city leaders. A redevelopment incentive program was conceived to encourage redevelopment of the downtown area by reducing the costs associated with development impact fees. These are the fees the city charges for new projects. For every $5 million in new construction, the city will reduce development fees by twenty-five percent. It turns out to be substantial.

Since the council approved this program in April of 2018, four properties have qualified for the program. To date, the city has put $5 million in the fund to support redevelopment in the older area of the city. Of that, $3.4 million has been allotted to help reduce fees for these projects.

“These projects will provide a little over three hundred housing units downtown and four thousand square feet of collateral commercial development. All of the projects are underway now, so it was a significant catalyst to get those projects going,” says Safarik.

The 147-room DoubleTree by Hilton hotel had been in the works for a few years and is now completed. The idea from Greeley’s Downtown Development Authority was to revitalize the downtown core through a public-private partnership. It took a while, however, to be accomplished.

“We indicated that our partnership would include the land for that project and some dollars from a tax increment finance district to help spur on a new hotel and conference center. We were blessed to get a proposal by some local investors that included Hensel Phelps, one of the nation’s most renowned construction firms,” says Otto.

The redevelopment of that site spurred a chain reaction and consolidation of city services with the development of the new city administrative building and city municipal complex. A new fire station and fire administration building followed. The total impact has been about $75 million to $80 million in total investment in the downtown area.

“We identified a couple of opportunities as the hotel was being built, and all of them were adjacent to city hall. One was a grocery store that had gone out of business and three or four other properties that were vacant as a result of foreclosures with the economic downturn,” says Safarik.

The properties were acquired, and a new fire station headquarters was established. It took up about $8.6 million of the $29 million dedicated to the city center project. The balance of the money was used to erect another new building adjacent to city hall that would house the remaining services.

Greeley also has a new municipal court. It acquired a state grant for $2 million that allowed for water and sewer offices, central records, and a television studio. That got underway in March of 2017 and was completed in September of 2018.

“We now also have City Center South, a municipal campus that is helping us streamline our city operations and administrative operations, with much tighter geographic blocks which serve our customers better. It’s all a part of our investment into the downtown area and commitment to making sure that Greeley is healthy and served well,” says Otto.

And some exciting changes have been happening in the realm of healthcare in the city. The new UCHealth Greeley Hospital and medical office building campus is finishing construction and will be operational later this Spring, and Banner Health’s North Colorado Medical Center is collaborating with the MD Anderson Cancer Center. The cancer care unit at the medical center will now be known as the Banner MD Anderson Cancer Center.

Greeley is fortunate to have high-quality medical care, and this is one of the major sectors positively impacting the economy. Agriculture is another of the top contributors of the gross domestic product in the state of Colorado, and in Weld County, it is by far the largest. There is roughly $1.8 billion of economic output in the area of agriculture, and that consistently places Weld in the top ten nationally.

“Greeley is home to the Headquarters of JBS® USA, and also the location of a significant processing facility, making the company Greeley’s top employer. We value our history and culture of agriculture,” says Snow.

In addition, Leprino Foods Company began building a new factory in Greeley in 2008. Leprino is one of the largest manufacturers of mozzarella cheese in the world, produced wholesale for other labels to carry. “As of the end of January, Leprino has finished the third phase of construction. It is located on a former brownfield site encompassing one hundred acres. It was a very complicated development. By their estimation, with construction, they have invested over $800 million on their Greeley plant,” says Safarik.

“What is amazing about them is that they are actually one of the best innovators and marketers as well. They come alongside everybody that their product touches and help them to be better. They also produce a lot of valuable by-products, such as whey,” says Safarik.

The Greeley site was earmarked for developing prototype protein drinks, which is new to its product line. That makes the Greeley plant a research laboratory as well.

“It’s been a good partnership overall. They have been working with the school district to try and get cheese products in school vending machines and provide for the things that promote a little more balanced and healthier diet,” says Safarik.

Greeley, with a population approaching 110,000, has not only a university but also a top-quality community college. Something that the city has become really excited about is the expansion of Aims Community College which has opened a new manufacturing and training facility. It has regional implications in serving the manufacturing industry, not only in Weld County but also neighboring Larimer County.

The oil and gas industry is thriving in the area and the state, and Colorado has moved into the top five in the nation for oil and gas exports. Weld County, of which Greeley is the county seat, is the largest producer of oil and gas in the state. It is an important, although controversial, part of the economy.

So how does that affect the environment? According to Otto, “In a recent presentation to the Weld County Republicans, since the boom in 2011, there have been twelve times more oil, and three times more natural gas production in Weld County. Yet, the rate of cancer is down 9.1 percent; heart disease is down 21.4 percent. It’s been a 400 percent increase in production, but volatile organic compounds are down 45 percent.”

These statistics would seem to indicate that the industry is working with the state and local regulators to limit the impact from a health standpoint and land use impact as well. This is critical as this is a delicate environment. When Greeley was founded, creating a utopian agricultural community was one of the aims. However, this is an area that receives roughly two inches of rain above what it would take to be classified as a desert. The farmers had to be shrewd in how water was used. Since the 1860s, hand-dug irrigation ditches were used to divert river water to be used on fields.

Back in the late 1930s and into the early 1940s a project known as the Colorado-Big Thompson Project brought water from the Western Slope, where most of the rain falls, through a tunnel under Rocky Mountain National Park, to the dry northern Front Range. It was the single largest infrastructure investment connected to the growth of the region and it was the brainchild of W.D. Farr, a resident of Greeley.

As the population of the region grows, water will be an even more precious and limited resource, and one that must be used carefully. “I would submit to you, it is my belief that the single largest economic development building block for the future of [northern Colorado] is how well we collaborate with our neighbors on being efficient with the use of water,” says Otto.

“We are challenged to be a leader to look into the next collaborative spirit associated with other projects and to make sure that we efficiently use that resource to develop not only Greeley but the entire region for all of us to benefit. This is the focus over the next five to ten years,” says Otto.

The Colorado State Demography Office office’s forecast of population indicates that this region is destined for growth, and the population of Weld and Larimer Counties is expected to double over the next thirty years. As the economic energy is directed in the right places, this is a great opportunity for Greeley to take advantage and diversify the economy.

“Our natural resource base is strong, and we will continue to lead the state in both ag and energy industries, but we are continuing to diversify our economy into other key sectors, such as manufacturing, healthcare, financial services, construction and retail services to support higher wages and balance our workforce and housing mix,” says Snow.

Everything is lining up in Greeley. 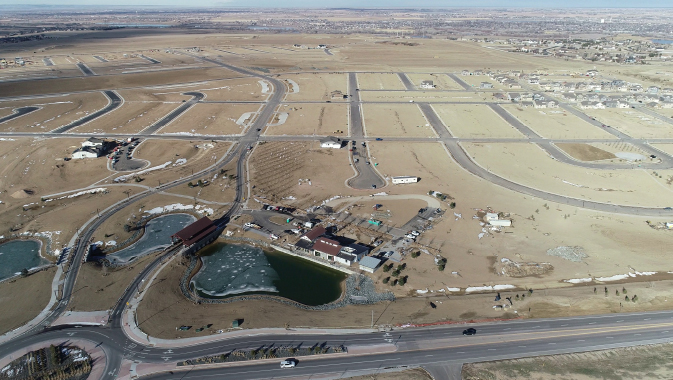 The Space, the Desire and a Sound Strategy for Growth