Saving and Storing Energy with the Power of the Sun

For businesses looking to save on their long-term energy costs while reducing their carbon footprint, solar energy is an attractive option. Headquartered in Georgia, Hannah Solar is a leader in America’s solar integration field. It provides its clients with top-tier engineering, products, installation, and service of solar arrays, electric vehicle (EV) charging stations, energy storage systems and backup generators.
~
The full-service solar integrator was founded by Pete Marte in 2008. An engineer by trade, he was inspired while in the craft beer industry which involved frequent travelling, and by what he saw while he was on his business trips.

“When I was flying over the eastern half of the United States on approach to any airport, flying over distribution warehouses, I’d see these big flat rooftops. I thought to myself that solar has got to become cost-effective at some point, and be one of the solutions that will lead us to a clean, emission-free, and green future. Climate change was not nearly as real a threat as we feel today, but I sensed back then that the climate and Mother Nature needed a little bit of help from us,” recounts Founder and CEO Pete Marte.

“I decided to dig deep, and figure out how we were going to make solar work, how the economics work, what the tax credits could do for it, and low and behold I started the company out of a spare bedroom 11 years ago. Fast forward to today and we have 80 employees and have completed a little over 600 solar projects, for clients mostly throughout the southeastern United States.”

About 95 percent of Hannah Solar’s business is B2B (business to business), and five percent is B2C (business to consumer), interacting directly with end users in the residential market. Among Hannah Solar’s clients are multinationals that have committed to RE100, an ambitious resolution to run on 100 percent renewable energy by a specified year. These clients are looking for ways to fight climate change that are sensible and financially beneficial.

“It’s an energy hedge,” Marte says of solar power. “With conventional electricity, there is a lot of cost associated with the environment that is not yet priced into a bill, but many consumers know there is a cost.”

In the sunny state of Georgia, where many of Hannah Solar’s clients are based, this cost is put on your bill as the Environmental Compliance Cost Recovery (ECCR) fee, and goes toward paying for scrubbers for coal plants or the cleanup of ash ponds. By supplying their own energy, customers are able to protect themselves from future rate increases. “Companies realize those numbers are not going to go away or go down,” Marte adds.

As its corporate website states, clients who work with Hannah Solar receive favorable economic and environmental returns, always and without exception. The Hannah team boasts Certified Solar Photovoltaic Installers (NABCEP), licensed Professional Engineers (PEs), Master Electricians, service technicians, project management professionals, designers and installers. On a mission to provide clean energy to businesses, Hannah Solar values its dedicated team members of various backgrounds, who go above and beyond to get the job done.

“We have a breadth of people who work for the company, and we want everyone to feel like family,” says Marte. “Our team is comprised of a unique cross-section of folks – immigrants, highly educated people, and two of our people were hired directly out of prison through a work program.”

“It is in our culture here that we know we are doing something that matters, and we care about what we’re doing, so we can go that extra mile,” remarks Erica Justice, Director of Marketing.

One of the innovative projects Hannah Solar is working on, the Kendeda Building for Innovative Sustainable Design, won the Atlanta Better Buildings Challenge’s annual Game Changer Award. Part of Georgia Tech’s campus in Atlanta, the 37,000-square-foot building is scheduled to open this year. It was designed by the Miller Hull Partnership in collaboration with Lord Aeck Sargent to meet the International Living Future Institute’s tough certification process. The regenerative building was featured in Architect Magazine. The net-positive Kendeda Building is not only the first Living Building in the Southeast, but also one of the most sustainable buildings in the world. It was sponsored by the Kendeda Fund, a private family foundation based in Atlanta, Georgia, that focuses on community-driven solutions.

“It was a Living Building Challenge, which is a standard that takes energy efficiency to a whole new level,” Anthony Coker, Vice President of Sales describes. “We worked with the entire design team before a general contractor was selected, and even before the winning architecture team was chosen. We were invited almost four years ago to have discussions around how we could make this an energy positive building with the appropriate solar electric generation. With all the other requirements associated with it, it’s a testament to innovation, which is necessary to change the way we build and inhabit a structure.”

Hannah Solar was selected through a competitive RFP process. It provided system sizing, preliminary layouts, conceptual technologies, and budgetary guidelines to design teams before a winner was announced for the project. Afterwards, Hannah Solar continued to consult with the winning team, and was rewarded with a contract on the final competitive bid.

“During this design process and when we were selected, even to this day, there are tweaks to the system we are putting in, which is part of this Living Building Challenge process because they know that everything we talked about years ago when we were conceptualizing the solution… the technology has improved dramatically. The beautiful and exciting thing about this is, there is an opportunity to step in with new technology that may be better than what we were specifying when we first had these discussions four years ago,” Marte shares.

The water-saving, solar-powered building is being constructed with as much reused construction material as possible. “They are reusing as much as they can, including a large oak tree that was struck by a storm on campus,” explains Justice. “The project is well thought out, while also being artistic at the same time.”

Not far from Hannah Solar’s own headquarters in Atlanta, the Kendeda Living Building showcases what Hannah Solar is capable of and will serve as a showpiece to prospective clients with ultra-sustainable goals.

Hannah Solar has also completed some other stunning projects, including helping the Mercedes-Benz Stadium in Atlanta to achieve LEED Platinum status. Working with Georgia Power and the Atlanta Falcons Organization, the company provided design and consultation, and constructed the stadium’s solar energy system. The Mercedes-Benz Stadium hosted Super Bowl VIII in February 2019 and prominently featured the custom solar canopies on many aerial views.

Hannah Solar has also done work for what Pete Marte has described as “the most beautiful gas station that has ever been built.” The Shell station features a solar canopy with natural light that streams through it, and a solar roof over the convenience store portion. The gas (and fueling) station also has a place for electric vehicle charging. The station is located on Roswell Road and Mount Paran Road, in the heart of Buckhead, Atlanta.

“It’s remarkable the architectural elements that can be re-imagined and recreated as solar and be absolutely beautiful. I’m not sure if words do it justice,” says Marte.

A perfect example of this type of alliance can be seen at the new, state-of-the-art Pulte Homes community just around the corner from Hannah Solar’s offices on Atlanta’s Upper West Side. The development has been dubbed as a Georgia Power Smart Neighborhood that will not only be served by Georgia Power, but will also have power supplemented by rooftop solar and in-home battery storage installed by Hannah Solar. The project will serve as an R&D project for Georgia Power as they continue to analyze the effects of solar and storage on the grid when aggregated together in a residential setting.

Each of the first 46 homes will be equipped with rooftop solar array, two lithium ion batteries systems, an electric vehicle charging station, and an assortment of the latest energy technologies. The homes of tomorrow are being built now and Hannah Solar is here to assist home owners, builders, and the utilities through this transition to economic and environmentally friendly future.

That an oil company would adopt solar technology at one of its stations may come as a surprise to some, but Hannah Solar has been able to make other unlikely alliances. “We’ve tried to do a good job collaborating with utilities, because solar is a disruptor to their business model, and now they’re the biggest adopters. Our approach has always been that we’re working on their grid – we’re in their sandbox and we better play nice. We want to work with them and not against them,” says Marte.

Indeed, over the last 11 years, Hannah Solar has grown into a well-decorated company. Pete Marte was even awarded at the White House as one of the national “Champions of Change” for his efforts to promote solar deployment in residential, commercial and industrial sectors. The program was created by the White House to feature individuals doing extraordinary things in their communities.

Moreover, Hannah Solar has made the Inc. 5000 list of fastest growing companies, was ranked among Atlanta’s Best and Brightest Companies to Work For® in 2016, and has also received a number of other business awards.

Having been in the renewable energy space since its early years in the Southeast, now Marte and Justice find that a lot of Hannah’s growth is organic. Marte is known in the green energy sector, having been active on the policy side of the industry in Georgia. He is a founding board member of the Georgia chapter of the Solar Energy Industries Association (SEIA), which promotes solar within the state by working with diverse stakeholders.

The eco-friendly EPC firm has also invested in marketing itself online and through tradeshows. It just launched its new and improved website last month. “We try to get out there and spread the gospel,” says Marte. “It is an interesting industry; for some reason it has been a partisan conversation sometimes when it shouldn’t be, and we do like to get out there and speak about how important it is not just from a climate change perspective, but from an economic perspective of reducing energy costs long-term for business owners.”

“There is considerably more curiosity now, especially over the last couple of years,” adds Justice. “Virtually everyone has heard of solar energy so there is a genuine interest. Many people come to us hoping to learn more and to see if solar is a good fit for them.”

In the future, Hannah Solar will continue to grow organically in the Southeast and broaden its base. Marte foresees growth in the energy storage space. For instance, Hannah Solar is one of just two Tesla Powerwall installers in Georgia. This product stores electricity for solar self-consumption, backup power, peak-time shifting, or off-the-grid use. Customers have already begun to put deposits on the power walls, even though the installation waitlist is at least a year.

Hannah Solar has branched out over the years to offer a variety of complementary green energy services which are poised to continue growth. Marte likens solar and storage to the chocolate and peanut butter in a Reese’s peanut butter cup: they just go so well together.

To find out more about whether Hannah Solar is right for your business or home, visit www.hannahsolar.com. 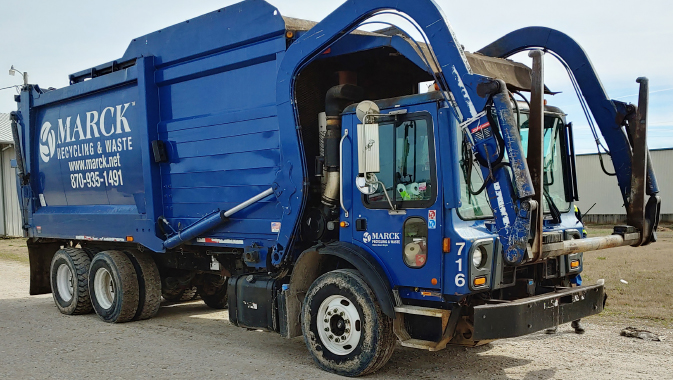 Saving and Storing Energy with the Power of the Sun