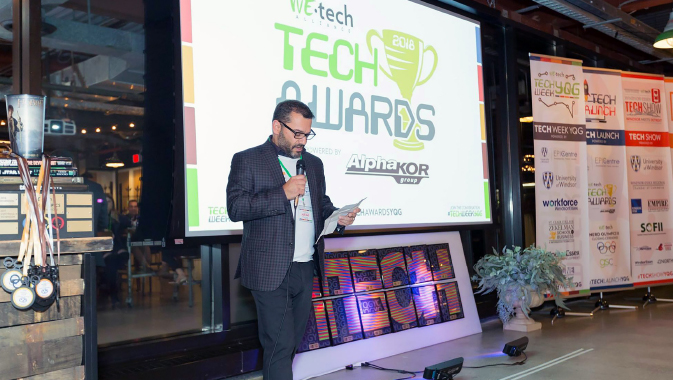 Windsor, Ontario-based AlphaKOR Group Inc. is on the threshold of twenty-five years in business. The group helps customers operate more effectively, productively, and with increased profitability through services ranging from data backup to critical data security strategies, maximizing customer hardware investment to innovative business management software, optimizing online presence, and custom web applications.
~
Just three-and-a-half hours from Toronto, AlphaKOR neighbours Detroit, Michigan and nearby rail, roads, shipping, and air transportation, putting the company near many clients and advanced manufacturing. The company’s focus is on North America, and it works with customers of all sectors and sizes on their technology and innovation needs.

AlphaKOR was founded in 1995 as a retail store and initially pursued the consumer market. Frank Abbruzzese, who previously worked for two other information technology companies joined the team a year and a half later as an account executive and soon became president. He was instrumental in shifting the company’s direction from consumer product to business and value-added services.

By 1999, AlphaKOR added some custom software work and websites to its roster and was dealing with the ‘Millennium Bug,’ better known as Y2K, in anticipation of computer failures in the transition from December 31, 1999, to January 1, 2000. It grew into a value-added reseller, selling computer systems and networks and becoming a managed service provider. The company would diagnose and solve issues, such as hard drives filling-up on servers or backups failing to work.

It has grown in several service areas, but has seen an increase in requests for cybersecurity services, and so has a certified ethical hacker on staff. AlphaKOR sells products, consults, provides solutions, and remotely monitors client businesses.

“We are taking all our proven security methods and solutions and bundling them to be your cybersecurity buffer, if you will,” says Abbruzzese. “You’ve got to protect yourself with this model. We are bringing it all under one umbrella,” he says.

“We were early at the game, and that sort of established the three pillars of bringing us to where we are today,” says Abbruzzese. “We are focused on being a managed services and security provider, websites, and digital marketing, and the third pillar would basically be software solutions.” AlphaKOR Group’s dedicated employees are experienced in cybersecurity, Microsoft and Cisco certification, and many other areas, including software development, hardware, support, digital marketing, data security, unified communications, and managed services.

The company fosters an upbeat and inspiring environment for its staff of experienced workers, co-op high school students on occasion, and currently a University of Windsor intern. AlphaKOR is honoured to be a diverse workplace. It welcomes talented newcomers to Canada and female employees in technical and developmental roles. “We are very proud of that fact,” says Abbruzzese.

Soft skills are valued, along with experience, communication, teamwork, and being an integral part of the company culture. The company is continually investing in staff training through webinars, lunch-hour learning programs, and a peer group with information technology directors to teach them about Microsoft licensing, best practises, ransomware, and cybersecurity. If staff members do not have an immediate answer for a client, they will look into their issue and respond promptly.

“It’s so exciting to bring that fun and energy to the business side of it. We’re dealing with real people, and we’re making a difference. We are 911 for business and the first responders when companies have a problem with technology,” comments Abbruzzese.

The company reviews its four core values of integrity, client focus, excellent, and teamwork at every monthly staff meeting. “I always tell the team, if whatever you’re doing personally or in the company doesn’t include those four core values, you should question if you should be doing it or involved in it,” he says. “It’s pretty simple.”

The AlphaKOR Group believes not only in providing the highest-quality work possible but in building genuine, long-lasting partnerships with clients. “We’re not just here selling stuff, taking orders, and going through the motions,” says Abbruzzese. “We are making relationships, helping companies build their business plans, achieve their goals, and helping them with where they want to take their company.”

The company strives to become a partner in technology, unlike some companies which simply provide a quote. It works with customers, asking them where they want to take their business, what audience do they want to reach, and what is their message. It focuses on the commercial sector in Canada and in the United States, and many of its clients have locations worldwide and must communicate as effectively as possible. It also works with all levels of government in Canada.

AlphaKOR offers full turnkey services. In some cases, this involves sending staff to a client’s location to replace computer parts. In other instances, clients’ employees are dispatched to unpack brand-new computers, plug them in, with AlphaKOR handling the rest remotely from its Windsor location.

Often, AlphaKOR will collaborate with marketing companies on creating logos, branding, and taking traditional advertising on television, radio, billboards, buses, benches, and newspapers to the digital world. “There are some marketing companies struggling with that, because that’s not necessarily their specialty,” says Abbruzzese. “They come to companies like us to help them with where they want to take their business and complementing marketing with digital marketing and our strategies. It is very powerful, because we’ve been in this since day one, and are involved with this industry.”

Over the years, both Frank Abbruzzese and the AlphaKOR Group have received many awards, including the 2012 Business Excellence Award for Entrepreneur of the Year at the Windsor Chamber of Commerce Excellence Awards which is based on criteria such as business strategy, giving back to the community, investing in people and education, and leadership qualities.

The award holds special significance for Abbruzzese for many reasons. The three other equal business partners, Ali Jaber, Mazen Jaber, and Shawn O’Rourke, are all active, hands-on, and had been with the company before he came on board, and he received support from all three in being nominated. This speaks volumes about how the company has built its ownership, and the respect it has for its president.

The ‘AlphaKORians,’as the company refers to its employees, are great believers in community involvement and are active in numerous charities and other worthy causes, from helping the Special Olympics team so they could be a part of the 2018 National Bowling Championships in Prince Edward Island to volunteering with supporting community organizations, gathering clothing for women shelters, holding food can drives, and sitting on boards and associations and community groups.

The company has done everything from helping the Windsor Youth Centre with its internal fundraiser to sponsoring golf tournaments, and the marketing team is currently putting together support for four charities.

“All those things add up, and you support the community and give back,” says Abbruzzese, who actively mentors organizations, giving his time and many years of business experience. “I’m one of those individuals who take great pride in helping people with no vested interest and no agenda on the table,” he says. “They probably never will deal with AlphaKOR, and I’m okay with that. I made a difference. I’ve given back, and helped somebody grow whether they’re young or established business people.” 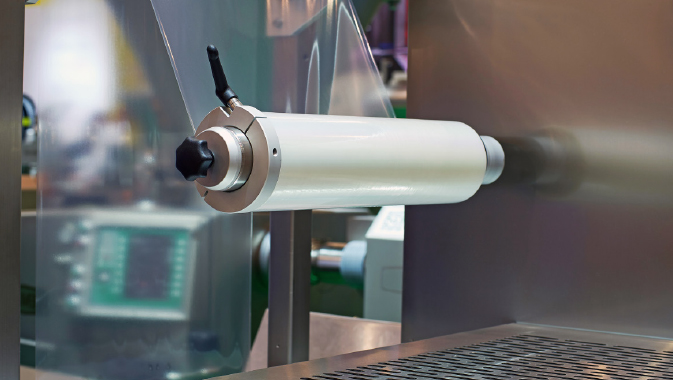