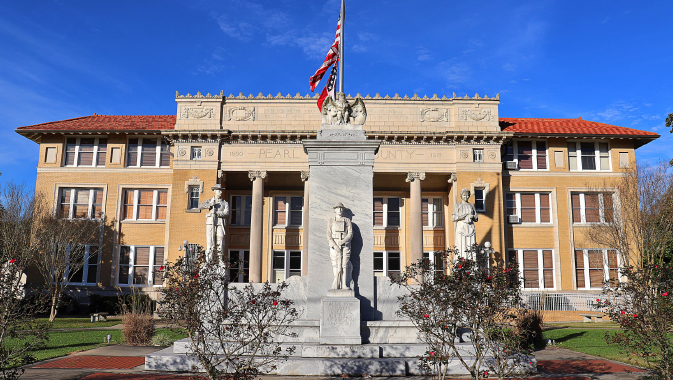 Pearl River is one of the largest counties in the state of Mississippi, with the city of Poplarville as its county seat. From its ideal location to plenty of available land, a skilled workforce, training opportunities, and proximity to New Orleans and Hattiesburg, the county is welcoming to warehousing, distribution, and a range of other businesses and industries.
~
With a high elevation and a strategic spot on Interstate 59, close to other major roadways, commercial and non-commercial airports, railroads, and ports, Pearl River County has everything new and established businesses need, but at a lower cost than major urban centers.

“We are located just far enough out of New Orleans and major metropolitan areas,” says Pearl River County Economic Development County Administrator Adrain Lumpkin. “We’re far enough off the coast and don’t have to worry about storm surge. And we have a lot of high, dry land.”

The historic city of Picayune is the largest in the county, with a population approaching 11,000. The city is in the southernmost tip of the state and was added to the New Orleans metropolitan area five years ago.

Located just next door, in Hancock County, is the John C. Stennis Space Center, which has played an integral role in the National Aeronautics and Space Administration’s (NASA) program for decades, and remains NASA’s biggest rocket engine test facility. After a lengthy selection search for an appropriate area to test the Apollo Program and the Saturn V rocket, the 13,500-acre site was chosen in 1961 and was renamed for Mississippi Senator John C. Stennis in 1988. About one thousand county residents work at the center.

The center abuts the Picayune Municipal Airport (MJD), which is just two miles southeast of Picayune and has four fixed-base operators (FBOs) providing aeronautical services. Dozens of aerospace and defense-related industries are nearby, including chemical, meteorological, construction, environmental, science, and engineering companies.

“All of the space shuttle flights and all of the engine tests were done there,” states Lumpkin of the center. “We look for a lot of spinoff jobs out of there for companies who need to be close to the NASA test site, but don’t actually have to be inside the restricted area.”

Some drone manufacturers have expressed interest in the area, as the Picayune Municipal Airport is one of the few airports where drones can be flown, as it is not near any developed, populated areas.

Pearl River County is home to other well-known businesses, such as the family-owned Summerford Pallet Company, Inc. on Industrial Park Drive in Poplarville, and dredge manufacturer Best Equipment. Shale Support, with its mining and processing plant in Picayune, continues to grow. The company is a manufacturer of proppants – solid materials used in the fracking process to extract oil and gas – and expanded last year with a new dryer at its facility and additional employees. “They’ve increased and actually doubled the size of the plant,” says Lumpkin.

Lumpkin has a business degree in accounting from the University of Southern Mississippi and has been Pearl River County Economic Development’s County Administrator for the past seventeen years. He has been involved with economic development for the entire time and says the roots of Pearl River County Economic Development go back to the 1970s. At the time, a group of private individuals created an organization which unfortunately did not have secure funding and collapsed about eight years ago. The county, recognizing the importance of economic development, stepped in.

As well as creating an economic development district, the Pearl River County board of supervisors is entrusted with overseeing and directing economic development. The county is in the process of conducting interviews and will soon hire a full-time director and a staff for the Pearl River Economic Development. This will free Lumpkin to focus on his role as county administrator, which includes overseeing the day-to-day operations of Pearl River County, which has a budget of about $25 million and 250 to 300 full-time employees.

As a seasoned county administrator, Lumpkin realizes the pros and cons of attracting different types of businesses to the county of approximately 55,000 to 60,000 residents. He has seen the devastating effects on communities which depended on one or two very large industries that relocated or closed entirely, putting hundreds of locals out of work.

“We are looking for diversified groups,” says Lumpkin. “What we have seen in the past is, if you have a mega-employer, and they shut down, it devastates your community, but if you have a manufacturing base and a workforce base of several small companies, and one goes out of business, it doesn’t devastate you as much when eight or ten people lose their jobs, as opposed to three hundred to four hundred.”

The county is well-suited to large distribution centers and manufacturing owing to its available land, elevation, and access to infrastructure. It is trying to finalize a deal with a company that has about forty employees.

An initiative to measure and close skills gaps, ACT Work Ready Communities (WRC) are in many states across America, including Mississippi. Pearl River County aims to become a WRC-certified community in the next three or four years and is making significant advances towards this goal.

Poplarville is home to the highly-rated Pearl River Community College, which became Mississippi’s first junior college in 1921. It has excellent workforce development and job training skills programs, and the county is working with the college to help facilitate ACT certification. Companies coming to the area will know a trained and established workforce is available.

Over the years, the county realized not every person who graduates from high school will attend university or college and initiated a push towards technical training areas as an alternative. With technical programs in high schools, Pearl River County will indeed establish a competitive workforce.

Pearl River County welcomes a range of businesses to the area. Although its two business parks are almost at capacity, the county has tracts of available undeveloped land adjacent to the Interstate. Many businesses are embracing the area, as land and road access means water, sewer, and other infrastructure can be created; in many instances, it is easier and faster to build new structures than retrofit old ones.

From a well-trained, available workforce to plenty of room for expansion, a lower cost of business than major urban areas, excellent schools, two hospitals, and outstanding quality of life amenities, Pearl River County is a great place to work and to live. “We have every kind of home you can imagine,” says Lumpkin. 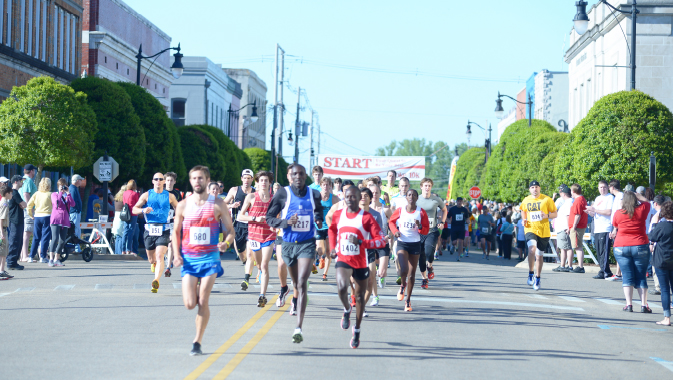