Where the Sky Is the Limit 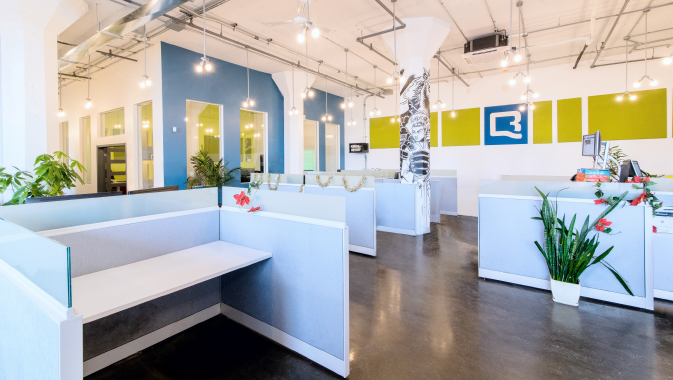 In 2007, a group of IT professionals in Montreal, Quebec decided to launch a full-service IT solutions business that focused on value-added, engaged client services for mid- to large-sized businesses around Canada and the United States. The company, Quadbridge Inc., has experienced 2,100 percent growth in the last five years and is partnered with many of the technology industry’s major players – including Microsoft, HP, and Lenovo – while also serving its community through giving back.
~
Pejman “PJ” Emam, the CEO and one of the founding partners of this hardware and software solutions provider, is known within the bootstrap company for instilling the mentality that the sky is the limit. With a disruptive, direct, and fearless approach, the business of 52 employees has been able to add value to much larger Silicon Valley-based corporations and startups alike.

“We have created a strong foundation of organic networking for the brand and the individuals who work here, especially with regard to the local market. The reputation we have created, our never-ending struggle for success, our hustle, intuition, and passion – all of these things have allowed us to find new customers,” says PJ Emam.

“Some of our people do business with Fortune 500 companies. We reach out and do business with them because we are bold, adaptive, and agile in the way that we approach them and the services we offer. We have all kinds of ways that we go about finding business, and we give a lot of latitude to our internal team to reach out to new customers,” adds Ayan Adam, Director of Operations.

One of the ways that the new company has made a name for itself is through QBITS, Quadbridge’s own IT Summit, which is hosted every June since 2016. The conference allows clients to discover Quadbridge’s values while hearing from leading IT manufacturers and uncovering new opportunities to grow. The manufacturer-sponsored event provides a fun, relaxed environment that allows for manufacturers to add a level of humanity to their relationships with other stakeholders. At the end of the day, people do business with people.

“I found that sometimes conferences are too dry and electronic, very by-the-book. We wanted to bring a little bit of our cultural aspects out. Obviously, being from Montreal, the city is very well known for entertainment,” PJ says of QBITS’ origins. “We brought our customers from around the globe to showcase Montreal. It has been very valuable for us and our customers to create a more long-term relationship.”

June is the ideal month to hold such a conference due to the numerous other events hosted in Montreal at that time. QBITS’ partners and customers have enjoyed attending the Montreal International Jazz Festival and experiencing the culture that the city has to offer.

“They say if you’re working, you’re not doing the right thing. You’d better be playing every day. Having the right partners allows us to play, and do it from our hearts,” PJ Emam remarks.

In fact, Quadbridge’s strong relationship with Microsoft was born from the QBITS conference. “Microsoft is actually a pretty young company on the hardware side of their business, and there is a lot of resemblance in the ways we go to market,” Ayan Adam says of the tech giant, which was founded in 1975. “At QBITS 2018, we got a chance to meet with their management team and we decided to see how we could grow together.”

QBITS is not only an innovative way for Quadbridge to interact and build relationships while having fun, but it’s also the perfect test space for Quadbridge to bring new ideas forward and see how the market reacts. “Last June, our idea was QB Academy: a way to give back to our community of customers by giving them more knowledge,” PJ Emam shares.

At a time of never-ending change in the tech industry, Quadbridge was looking for a way to help customers stay ahead of the curve without harming their bottom line. The new QB Academy initiative empowers clients with industry leading certifications like the VMware certification clients acquired after an intensive week-long course held in Quadbridge’s headquarters in December.

The QB Academy program has already received a positive response from Quadbridge customers, who appreciate the extra value that comes with doing business with a company who cares about its customers’ long-term wellbeing. “I’ve learned in my life that the more you give, the more you get,” says PJ Emam.

This is why, as much as Quadbridge continues to grow, it also wants to grow its communities at large – both the business community and society. Quadbridge also organizes QTEC (Quadbridge Training and Education Camp) trips in developing nations, providing a learning opportunity for Quadbridge employees and also a chance to give back. For instance, during QTEC 2017, the entire Quadbridge family visited Nicaragua for a team building retreat and accompanied the staff of the Fundación A. Jean Brugger to deliver a year’s worth of school supplies to over 80 children at the Sauder Bikerland School in Las Delicias.

Fostering a corporate environment that thrives on work-life balance, it comes as no surprise that one of the causes that is close to Mr. Emam’s heart is mental health. Quadbridge is proud to support Let’s Bond and participate in its fundraising galas. Let’s Bond is a charity that brings over a million dollars’ worth of donations to the biggest hospitals and mental institutions in Montreal.

Indeed, Quadbridge is heavily involved in charitable work, including Carrefour Familial Hochelaga, an organization that helps improve the lives of families in the Hochelaga-Maisoneuve district, a lower-income district of Montreal.

Quadbridge has donated IT equipment (desktops and monitors) to one of Carrefour Familial’s programs known as “École Hors-Mur,” an initiative to promote computer literacy and continuing education to parents from the neighbourhood.

“They support people who want to go back to school. École Hors-Mur is like a school for people who have had less school at an early stage of their lives,” explains Ayan Adam. “We donated equipment, but we also donated the time of our team, who went there and trained people on specific skills – for example, how to use Microsoft Word and Microsoft Outlook.”

In support of Carrefour Familial Hochelaga in December, Quadbridge also catered a high-end Christmas dinner for 100 families in the neighbourhood. “Also, our team serves meals several times a year at the Old Brewery Mission. We’ve been supporting this great organization that provides shelters and meals for more than three years now,” Adam adds.

“And last but not least, there is another organization that we’re very proud of being part of. It’s called Cancer Computer. When you’re in the cycle of technology, there are many products that become end-of-life, so to speak. Many customers want to get rid of them. We’ve been humbled to be picked by Cancer Computer to help them bring those products that are end-of-life back to a working state, and the profits go to supporting IT resources for cancer research,” says Emam.

Quadbridge has provided Cancer Computer with opportunities to collect hundreds of servers through their clients to build super computers for conducting research.

Offering so much customer, community, and employee support, Quadbridge is a very special company to work for. To encourage a healthy lifestyle, Quadbridge provides its team with private gym access throughout the workday, and a personal trainer three days a week. The company is dedicated to providing a healthy diet for its employees as well by offering subsidized breakfasts and lunches prepared daily by an experienced personal chef, who has served in several of the city’s top rated restaurants. Having a happy, fulfilled, inspired team has led Quadbridge also having a highly satisfied customer base. PJ Emam has told Breakfast Television Montreal that after infusing the business with these holistic benefits, Quadbridge has seen a productivity boost of 30 to 40 percent.

As a result of the company’s consistent growth and positive market response, Quadbridge is both proud and humbled to have been listed on Canadian Business’ PROFIT 500 list as the second fastest-growing Canadian IT company for two years in a row.

Now, the company’s 2019 plan includes achieving a rate of 10 to 20 percent growth in personnel. The number could be higher, but while the sky is the limit, the growth must be responsible and not beyond Quadbridge’s means. As Mr. Emam says, “From experience, we learned the best way to grow is to keep focused on doing what we’re doing best, which is connecting technology companies to the market.”

Moreover, there has also been a push within the tech industry toward AI technology, and Quadbridge would like to add that to its capabilities by the end of the year.

But none of Quadbridge’s goals – the ones it has achieved and those that are yet to be realized – could be reached without its unique team. CEO and Co-Founder PJ Emam is grateful for all the people who have worked with him for the betterment of the business. 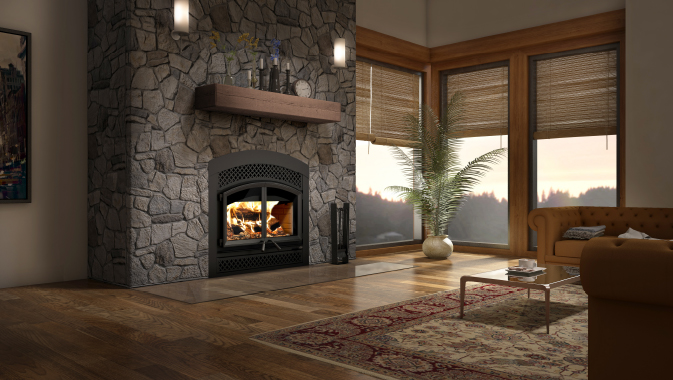 Lighting a Fire in the Home Heating Industry

Where the Sky Is the Limit