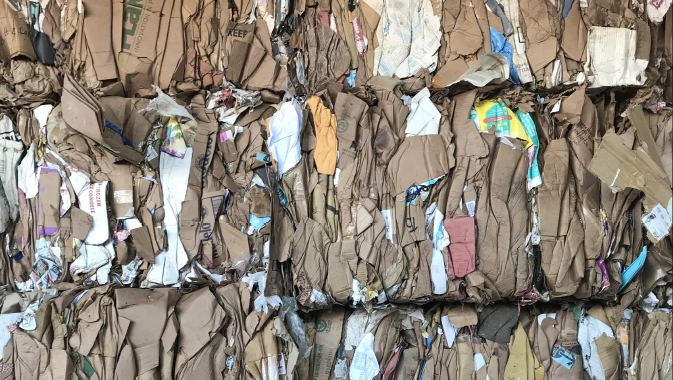 While the world has made great strides in recent years to be more conscious of environmental impacts, it should come as no surprise that in the – often ahead of the times – state of California, such effort has been exerted for over fifty years. Though Los Angeles is more commonly associated with the glamour of Hollywood, it was here, in the City of Angels, that a progressive recycling company was able to see the value in what others so easily discarded.
~
The Berg family originally operated various recycling outfits for paper, metal, and textiles which ended with California Mill Supply being sold in 1962. This paved the way for the creation of Berg Mill to be run by Roger Berg, the grandfather of now-Chief Executive Officer Daniel Marks. Instead of going back into the mill business, attention was shifted to brokering with businesses that were in possession of large quantities of recyclable material, and Berg Mill became one of the first brokering companies shipping from the generator directly to the consuming paper mill.

With that, Roger Berg became a pioneer in regards to how we handle waste and recyclables. He, along with likeminded individuals, was able to sell waste haulers of the time on the concept of recoverable materials. Materials such as cardboard and newspaper that could be separated and saved from the landfill were then available to be sold to companies in need of such material.

With the bulk of the market consisting of domestic mills for nearly a decade after its inception, it was not until the seventies that Berg Mill was able to branch out to international markets, primarily in Asian countries such as Taiwan, Vietnam, and Korea. Doing so was difficult and time-consuming, involving many long-distance phone calls and a teletype machine to do business with countries that were so far away.

This model for business held fast until the nineties when China arrived on the scene with immense needs for recycled materials, and Berg Mill found itself facing a major shakeup in the industry. The scale and quantity of materials needed by China necessitated huge changes, and with that came a demand for more waste paper. This meant that the previously untapped market of Chinese manufacturers was now looking for an abundance of this waste paper which would consist of discarded mail, phone books, magazines, and catalogues. Having navigated the overseas market since the 1970s put the company at a great advantage to start meeting China’s needs, and this continued into the 2000s.

Today, it operates as a service provider for material recovery facilities (MRFs). This puts it in the position of developing relationships with customers that seek out different recycled material such as paper, plastic, metals, and even clothing. By working closely with MRFs, the company can assess what materials the MRFs have in abundance and need to be moved.

“We work to understand their goals, their problems, their material streams, and figure out how to get the best value for their effort,” said Berg Mill Chief Operating Officer William Winchester. “Instead of just saying, ‘I want this cardboard or this certain plastic,’ we ask what do you have that you need to get rid of.”

Through established relationships with varied customers and material recovery facilities, Berg Mill can quickly bridge the gap between them. Its long history of established contacts around the world and hands-on approach brings value to the materials MRFs have.

“We’re not a consultant that just throws out ideas; we’re willing to say that, ‘if you do the things we recommend, we will buy your material.’ We’re not offering pie-in-the-sky ideas; we’re offering concrete solutions to generate more revenue from the sale of commodities,” said William.

Among these solutions is the funding of new equipment for customers. Upon assessing the needs of a client, Berg Mill may recommend new equipment that could be integral to the client’s needs and success. As part of the company’s philosophy, it will go all in with a client and help fund this new equipment to see the client through.
In addition to being a true partner to its customers, Berg Mill also believes in providing a positive environment for its employees. “We are a family-oriented company and most of our employees have been with us for ten or twenty years. They say your last job is with Berg Mill. We have people who enjoy what they do because it’s something different every day. We value our people, and we want them to have a voice,” said Daniel Marks.

Both Daniel and William believe that the company culture is very different than most companies. This ethos, born of family businesses dating back to the twenties, attracts people who are motivated to do a good job and this is reflected in the successes of the company and also in those of its clients. Berg Mill hires quality people who are invested in the company’s success. By having people who can be trusted to do right by the company and the client, operations are able to run smoothly and lean without the need for micromanaging all the moving parts.

“We’re not a company that rests where it’s at. The times are changing, especially now as technology and world market shifts have really affected our industry. We have to keep up with the changing ways of processing material and keeping up-to-date tools for our own office process. It’s that whole idea of continuous improvement,” said Daniel.

Berg Mill appreciates the relationships its employees form with clients and contacts around the world. An emphasis is put not only on relationships with the deal makers but on those throughout all levels of a client’s business from accounting to logistics. “We want people to want to do business with us. We want to be the first one people call,” said Daniel.

In the current climate, China has backed away from taking on large quantities of mixed recyclables to concentrate on its own environmental health. This has not discouraged Berg Mill, and it continues to thrive by holding true to its philosophy. Refusing to fall behind and always being on the lookout for the next big change has allowed the company to find new homes for an abundance of recyclables and keep things moving forward without missing a beat.

As Berg Mill looks to the future, it has focused on new opportunities and revenue streams associated with having a recycling plant of its own. This brought about the purchase of forty-year recycling veteran Yuma Recyclers, named for its home in Arizona. By operating a facility of its own, it can be more vertically integrated, establish new relationships outside of the status quo, and have better control over the volume of product with which it deals.

“The idea is that we will develop U.S.-based recycling assets that will be good for U.S. waste handling overall,” said William, “and that will secure the future of Berg Mill into the next generation.” 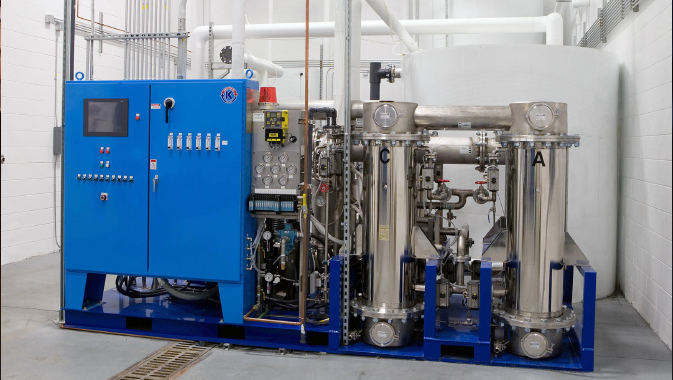 Fifty Years of Innovation and Counting