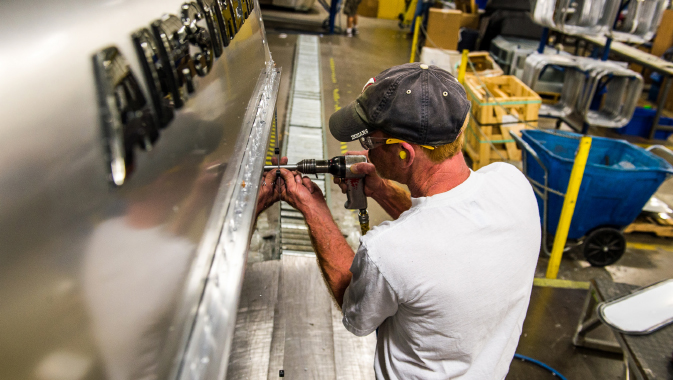 With a stable population of 49,243, Ohio’s Shelby County has everything businesses need to be successful. Located on the I-75 corridor near the I-70 Interchange and with ready access to road, rail and air, the county is home to two certified shovel-ready sites – the Amos Industrial Park, and the Sidney Ohio Industrial Park – and home to two of the three top manufacturing employers in the Dayton Region. Ready for the future with modern and dependable fiber optics networks and strong utilities, much of the area’s success is due to a labor force with a strong work ethic and efforts of the Sidney-Shelby Economic Partnership (SSEP) to leverage the area’s strengths.

“We are most well-known for being the highest county per capita in manufacturing employment,” says SSEP Executive Director Jim Hill. “If you look at the number on a per thousand basis, Shelby County has the highest rate of manufacturing employment.” There are, states Hill, a number of reasons behind this success, ranging from highway access and a major strategic location for business to a strong and well-established manufacturing base – including metalworking and aluminum fabrication – which has been an integral part of the community for many decades.

Honda a key employer
With a presence including 11 modern plants in six Ohio communities, Honda of America Manufacturing, Inc. remains a key area employer. Having the Honda engine plant — which is the premier producer of Honda engines globally – in Shelby County since 1985 has created a huge supply chain in the advanced manufacturing arena. The Anna Engine Plant currently employs more than 3,000 individuals and operations continue to grow. Owing to the strategic location of the engine plant in Anna, Ohio and ready access to the Interstate, Honda has great access to its just-in-time supply chain for its assembly plants.

With supply chain capabilities that extend to other businesses, Shelby also boasts complementary companies providing logistics assistance for Honda and organizations like Wayne Trail, a Lincoln Electric Company, in the advanced manufacturing/automation sector. And with a lengthy history of metalworking, the region is also known for legendary companies including trailer and touring coach maker Airstream Inc. A year ago, the manufacturer announced a landmark, $40 million expansion in Shelby County. At 750,000 square feet, the project – expected to create an additional 280 jobs – will boost total employment to about 1,200, increase production, and support improved product quality, according to the company.

“There is a long history of machine, machine tool and metalworking around Shelby County and the greater region,” says Hill, who has held his current position as Executive Director since April of 2018, and who has spent many years in county-level economic development, along with entrepreneurial endeavors, technology, and workforce development.

Focused on the future
Over five years ago, Shelby County met with the executive leadership within its companies, and held executive roundtables to discuss pressing issues on the future of business. One of the priorities was workforce development, as a workforce crisis was coming and the county needed to be prepared. Coming together to form a private-public partnership — all funded by private dollars – The Workforce Partnership of Shelby County was launched, one of the first in the state of Ohio to proactively work on ongoing workforce development problems.

“Our workforce partnership has been really strongly engaged with business, industry, schools and students for almost six years now,” says Hill. “I think that shows the very proactive, innovative nature to our leadership here in Shelby County, to be one of the first to identify and proactively address workforce issues here in the county, knowing it was going to be an ongoing challenge for all of our companies.”

Starting early on workforce development, the county today has workforce classrooms in five of its schools and participation in all Shelby schools, both private and public. “I think we are going to continue to grow within our existing industry base,” states Hill of the area’s world-class companies like Honda, Airstream, and Emerson Climate Technologies, headquartered in Sidney, which is a global leader in refrigeration compressors. Emerson is currently investing $100 million to expand and renovate labs and offices at its one-million square foot facility in Sidney. “Companies like these are great anchors for the community. They continue to invest, and they continue to grow.” Expansions like these are why Sidney has been named a Top 100 Micropolitan for the past two years. 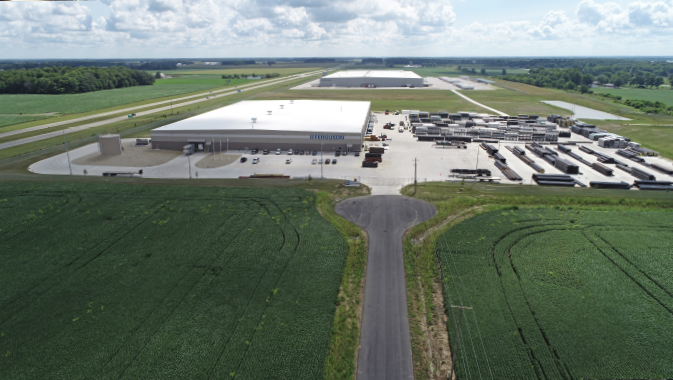