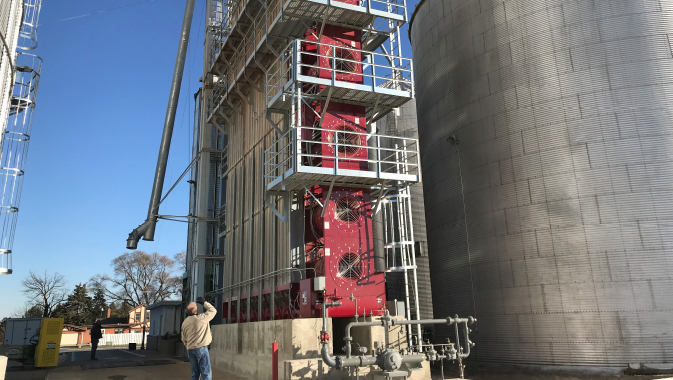 Back in June of 2015, I had the pleasure of speaking with Joseph Shulfer, President of Mathews Company, a grain dryer specialist that has helped farmers by making their lives easier. We touched on challenges that include global economics and the price of corn. When last we spoke there was an issue surrounding Section 179 capital equipment depreciation. But Joseph was unable to gauge its effects as there were other issues within the industry that were more dominant. We caught up with him again to find out about the company’s progress.
~
Grain drying technology is the core of Mathews Company business, and the cross-flow grain dryer has been the company’s bread and butter for a long time. The Delta series, however, is a completely new product and is what is known as a mixed-flow grain dryer. To enter this area, a total rethinking of the dryer market and its needs was necessary. If Mathews wanted to be the grain dryer specialist, it needed to offer all kinds of grain dryers.

“At times, we were not even invited to bid on certain projects because we didn’t offer this kind of technology. Those days are behind us now, with the introduction of the Delta Series this past summer. We now have a full lineup of grain dryers,” says Joseph.

The mixed-flow grain dryer is different because the amount of air involved in the drying process is half of that normally seen in the grain dryers that the company has been making for over fifty years. A lower air flow can take the grain longer to dry. The argument is that it does a more thorough job of drying the grain as it does not subject it to such intense temperatures on the inside of the grain column, versus the outside; It also is more effective in drying as the airflow hits the grain from all angles.

“The analogy we use to explain the process to customers is that it is akin to smoking ribs as opposed to direct flame grilling. One takes a lot longer, but usually the result is better quality. The slower process produces favourable results,” says Joseph.

Typically, you can expect a higher test weight through the mixed-flow drying process, but it takes roughly twice as long to dry. The cross-flow dryer can take up to one hour and fifteen minutes for the moisture to be removed, whereas the mixed-flow dryer can take upwards of two and a half hours. This may seem like a huge difference, but a larger machine would minimize that.

“You just need a larger unit that holds more grain to gain the same drying capacity. Just because it is a bigger machine does not mean that it will cost more to operate, because you are putting less air flow on it,” says Joseph. Less air flow means fewer dollars used for electricity and less fuel consumption, as the amount of fuel used is proportional to the amount of air flow injected into the dryer.

Strong customer demand for this type of drying technology was a catalyst for the new Delta Series. Many experts “argue that this is the best way to dry grain, and they get that point across to end-users, whether it’s through conferences, webinars, or articles written. They go to their dealers asking for this technology. They believe it is the best fit for them,” says Joseph.

Mathews Company’s equipment is distributed through dealers across the country and around the world. If a dealer does not carry that type of technology, customers will go to a competitor, and a sale is missed.

It was not a seamless process for Mathews Company. Prior to the start of this new product development, the company had very little experience with the mixed-flow drying process. However, it managed to develop the technology in an incredibly short period. In less than six months, it went from concept to six operating prototypes in the field this past fall.

“In January of 2018, this project was still in the talking stages with a timeline for completion not yet outlined. Around March, however, we made the decision to move forward and agreed that it made sense for the business. We wanted every sale we could get. We took the risk to develop the technology, and that’s exactly what we did,” says Joseph.

Five years down the road, Joseph expects that the new Delta Series could represent thirty to forty percent of the company’s total units sold annually. Most of the competition is manufacturing this type of product, but typically as an addition to other equipment. Mathews Company focuses on grain dryers alone, so even though it may be the first foray into the mixed-flow dryer, it can confidently present to the customer all the value added through years of research in grain drying to every technology it employs.

There is much overlap between the products. The fans and burners used on the mixed-flow dryer are the same types as on the company’s other machines. Also, the control system and interface that the operator uses is much the same with all its products.

“Another example would be the M-C Trax system. We can remotely monitor, and as of this year, control our dryers from anywhere in the world if you have an internet connection to the dryer. Even though it’s our first year manufacturing this dryer, it comes with all these features found on our other products,” says Joseph.

Mathews Company really did its homework on this product. It analyzed what others were doing and talked to industry people who know this type of dryer, found out the weaknesses, and worked out how to overcome them.

It includes aspects such as a proprietary tapered duct design known as SmartFlow® Technology used in the dryer that more evenly distributes the air across the grain column. Similarly, Mathews Company is the only one that uses an inline commercial-grade centrifugal fan on this type of dryer.

“There are a lot of things that really set us apart with this new product. From the beginning, the design was really from the ground up; we set out to develop a new product that achieved the mixed-flow drying process in a unique and effective way,” says Joseph.

“Our business is affected strongly based on commodity grain prices. For four years running, we’ve seen historically low grain prices. This puts less money in our customers’ pockets at the end of the harvest,” says Joseph.

As a result, demand for machinery has been lowered, and farmers must prioritize purchases. So, this lower grain commodity pricing has had, in turn, a big impact on Mathews Company and its competitors as buyers give an even more careful examination of equipment value before buying. Market share has been increasing for Mathews Company but, to date, only slightly. However, 2019 looks to see a sharp upturn both domestically and internationally with the introduction of the mixed-flow Delta Series dryer.

The high-capacity dryer was a solid performing machine, but there were some inefficiencies associated with the fan, the burner, and the control system technology. It needed an overhaul, but the company did not want to redesign it entirely.

“We needed to upgrade some of the key components that affected the efficiency of the dryer. We set out to work with our suppliers on developing a new fan and burner, and that’s exactly what we did. That technology was released in 2016, with full production starting in 2017. We have been installing it all over the world since then,” says Joseph. 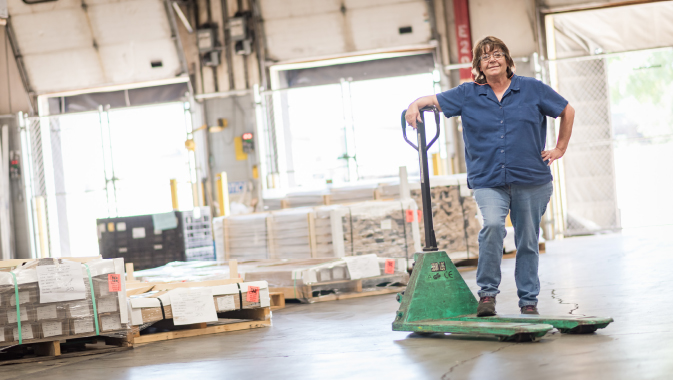 At Mid-States Aluminum Corp., It Is All About Progress Through People