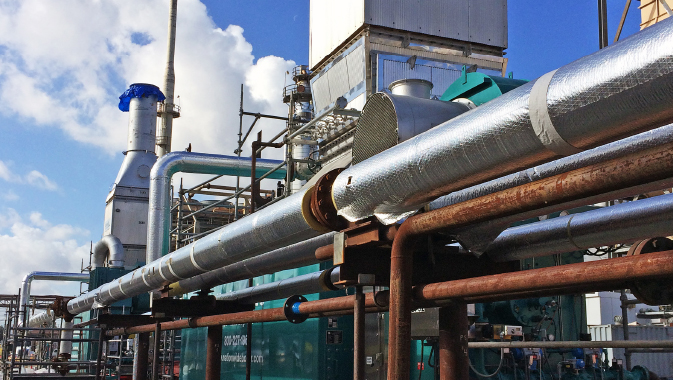 Big things are happening at Nationwide Boiler, Incorporated. The Fremont, California-based company sells and rents boilers, temporary steam plants, trailer-mounted mobile watertube and firetube boilers, and other boiler-related equipment. Since Business in Focus profiled the firm in October 2017, Nationwide has completed their first acquisition, introduced an industry-leading technology for their rental fleet, and signed on to multiple projects involving mammoth-scale equipment.
~
“We have some exciting news on the rental side. We are currently renting three 200,000-pound-per-hour boilers for a project in Saudi Arabia. The first unit has arrived, while the others are currently in transit. It is the largest rental project in our fifty-one-year history,” states Nationwide President and Chief Executive Officer Larry Day. “These boilers weigh over one hundred tons each, and the shipping logistics are very complex.”

The three superheated steam boilers each burn over 2,000 gallons per hour of oil and are capable of producing pressures of up to 750 pounds per square inch (psi) at a temperature of 750 Fahrenheit. They will be used at the new Saudi Aramco Jizan Refinery. The rental deal, announced in September, is for a minimum one-year duration and includes a deaerator tank with pumps and a plant-master workstation. Once operational, the refinery will process over 400,000 barrels of crude oil per day, thanks in part to the three massive watertube boilers.

The Saudi deal isn’t the only jumbo-sized project Nationwide has tackled lately. “We recently secured a job utilizing our new world’s largest trailer-mounted boiler,” says Day. “This is the first rental for this particular unit, at a refinery down in Louisiana. It has now been installed and will be on site for at least six-months.”

“This high-pressure boiler is capable of producing 125,000 pounds per hour of saturated steam, and is mounted on a custom, six-axle trailer. It ships, for the most part, as a package unit. The fan and economizer are shipped loose for installation at the job site,” explains Marketing Manager Chelsey Ryker.

Nationwide does not make their own boilers but procures them from manufacturers such as Babcock & Wilcox and Superior Boiler Works. However, the company does customize and build complete steam plant systems for their rental fleet. “We do some packaging of systems, and we specify the boilers as far as requirements for rental duty. They are built to our proven specifications to accommodate various types of rental service,” explains Day.

The company recently made a big industry breakthrough involving selective catalytic reduction (SCR) technology, which is used to reduce harmful nitrogen oxide gas (NOx) emissions. It is not a new technology; catalytic converters have been used in automobiles for decades for similar purposes, to diminish dangerous exhaust emissions, for example.

In the late 1990s, Nationwide began developing their own SCR system for boilers, later named the CataStak™. The company’s interest in SCR technology stemmed in part from being based in the environmentally-conscious state of California, where regulations concerning NOx emissions continue to become more strict.

The CataStak SCR system can be used with firetube and watertube boilers, heat recovery steam generators, gas turbines, fired heaters, and more to drastically reduce NOx emissions. The product has proven good for both the environment and the company’s bottom line. Since it was introduced, Nationwide has sold or rented over 175 CataStak SCR units in ten different states, according to Ryker.

Like other SCR systems, the CataStak uses ammonia as the standard NOx reducing reagent, which has proven to be an issue for some clients. “Ammonia is a hazardous material that requires permitting and involves stringent safety handling requirements. That was always one of the inherent drawbacks with using an SCR system,” says Day.

A few years ago, Nationwide started using a 32.5 percent liquid-urea solution as an alternative reagent to ammonia in the CataStak SCR system. Urea is derived from ammonia, but is not as dangerous and isn’t subject to permitting and Hazmat regulations. The company has been selling these urea-based CataStak SCR systems for about eight years and is the market leader in this field.

“We see urea as the future of SCR because it doesn’t require any special handling or Hazmat permitting,” notes Day.

One thing that has not changed since last year’s profile is the company’s customers. The main sectors remain ethanol, manufacturing, chemicals, pulp and paper, food processing, petroleum refining, utilities and power generation, hospitals, universities, and colleges. Of these sectors, petrochemical and petroleum refineries are the biggest revenue generators.

In addition to the Fremont headquarters, Nationwide has a sales office in Visalia, California and approximately twenty sales and service representatives across North America. The Fremont facility includes a 20,000 square-foot shop that does boiler testing, reconditioning, and maintenance.

“Pacific Combustion Engineering has been our main control panel supplier for the last fifteen years and they have a good, strategic location in the Pacific Northwest. Their principal owner wanted to retire, so we were given the opportunity to buy them and expand the business. It has been almost one year since we acquired them, and it’s going very well for us. We now are offering their services to our entire U.S. base of customers,” states Day.

Pacific Combustion has an Underwriters Laboratories-rated (UL) panel fabrication shop and “designs and builds custom control systems and NFPA fuel skids,” he continues. “Specifically, they’re good at PLC (programmable logic controller) based controls – touch-screen control systems. In the boiler business, controls [and electronics] are probably one of the few things that we have seen change in the last twenty years. Overall, there has not been a lot of innovation in the design of a boiler system. The physics behind heat transfer haven’t changed, but the controls have, and a lot of people want to upgrade to new systems – specifically, touch-screen controls that are more user-friendly.”

Prior to the purchase, Pacific Combustion Engineering’s panel shop was roughly 3,000 square feet in size. Under Nationwide’s ownership, Pacific has grown dramatically. “When the facility next door to the shop became vacant, we jumped on the opportunity to expand. We now have 10,500 square feet of warehouse and manufacturing space [in Washougal, Washington], with an additional 1,200 square feet of office space. We also have a dedicated space available for testing and maintenance of a rental boiler system, and we plan on sending a few rental units up to Washougal for storage,” reports Ryker.

“I would say our eyes are always open for strategic acquisitions. We don’t have anything targeted at the current time, but if something comes before us and it’s a good opportunity, we would definitely take a look at it,” states Day.

Nationwide continues to actively engage in various promotional activities, attending tradeshows, for example, and maintaining a strong online presence. “We have our biggest tradeshow coming up in December: Power-Gen in Orlando. Then throughout the year, we go to about twenty other industry events, including tradeshows and conferences. We also are very active on LinkedIn, Facebook, Twitter, Google+, Instagram, and YouTube,” says Ryker.

As for the biggest challenge facing Nationwide Boiler, “from an operational standpoint, it’s getting young people interested in our business, because it is considered an old-time business. Young people need to realize that boilers are in high demand, and if they would take the time and effort to get into our industry at an early age, they can make a very good career out of it. Our industry uses a lot of skilled trades: electricians, welders, pipefitters. If a young person has the attitude and aptitude to get into welding or be a service-tech, they don’t need a college degree to have a very good paying job,” explains Day.

While it is difficult at times to entice young people into the boiler business, Day retains a highly optimistic outlook for the company over the next few years. “I see a potential for Nationwide to do more acquisitions, maybe in other parts of the country, expanding away from the West Coast. Possibly [acquiring] a Gulf Coast, Midwest or Southeast company for sales, rentals, and servicing equipment,” he says.

Nationwide’s business savvy and ability to handle huge projects will likely continue to benefit the company. The firm’s far-sighted environmental awareness ties in perfectly with current concerns about pollution and climate change.

“Our industry has been under scrutiny regarding climate change because boilers burn fossil fuels, including oil, gas, and even coal for the very large units. [Today, boilers] are almost exclusively natural gas. Even though that’s a cleaner fuel than coal or oil, it’s still a fossil fuel and adds to climate change. So the pressure to keep producing cleaner and lower emissions is something that our industry is faced with. Fortunately, we are ahead of the curve with our CataStak product. Being in California, versus some of our competitors in other states, I think will serve us well down the road as the regulations continue to change,” says Day. 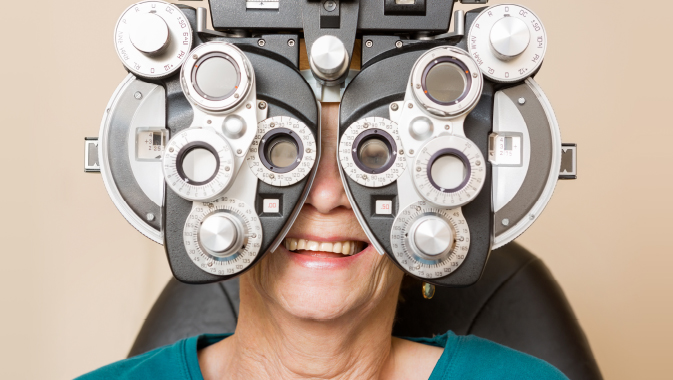 Preparing for an Aging Population