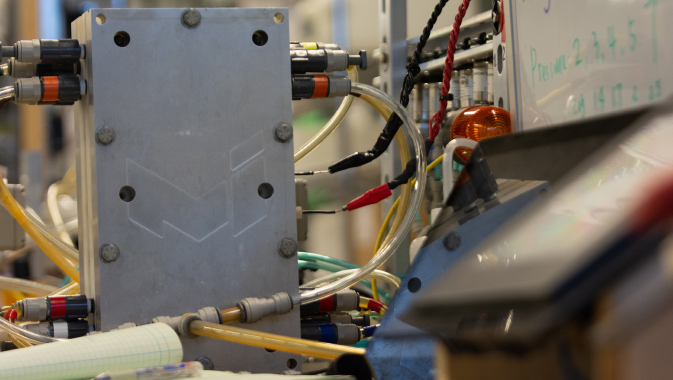 Headquartered in Texas, Magna Imperio Systems Corporation (MIS) has developed technology that efficiently and cost effectively can purify water sources. Its proprietary systems transform saltwater into clean, safe water for drinking, cooking, and hygiene, and the company has worked on water projects for military deployments as well as municipal and industrial uses.
~
MIS is focused on being the highest recovery, minimum energy water-treatment company in a green, and sustainable way to shift the perspective for how the entire market looks at water. To make the biggest impact, MIS concentrates on industrial-scale projects that provide between ten thousand and 100 million gallons of water a day. MIS has no plans on slowing down until it reaches the 1.8 billion people around the world who currently lack access to clean drinking water.

Magna Imperio Systems has declared a mission ‘to enable solutions to the world’s water crisis through innovative technology and services,’ and its plan to achieve this is generally two-fold. One part of the company focuses on water delivery systems for various projects in developed countries throughout the world, and the other part of the company delivers water systems to developing countries.

For example, in developed countries, MIS is supporting the food and beverage industry, which tends to waste almost as much water as the municipalities are capable of generating. For instance, if you take large bottlers and beverage distributors, some sources suggest that their plants on average operate at between seventy to ninety percent efficiency. This means for every hundred gallons of water they use for their beverages, thirty gallons go to waste. “With MIS’ technology, beverage distributors can usually reduce their waste from thirty percent down to two percent,” says Grant Page, founder and president of Magna Imperio Systems.

MIS is increasing sustainability with what it calls ‘Maximum recovery. Minimum energy.’ It increases the amount of water that is recovered using less energy than any other technology on the market, and the system is self-sustainable.

In some cases, MIS can dramatically reduce the energy used in a manufacturer’s water system. “If you take an apples to apples comparison of the technologies in the industrial scale, usually about seventy percent of the operational costs of running that equipment is energy, so we’re able to significantly reduce that number, which therefore reduces their impact on the environment, their carbon footprint, and then, as well, it generates a significant amount of savings for the customer,” says Page.

For the countries in the developing world, MIS ships its technology around the world using intermodal shipping containers to deliver water to those in need. MIS has the capability to deliver water to over 100,000 people within twenty-four hours depending on where the problem may exist.

As another example in developing countries, to assist the many women in African countries who may spend an average of four hours a day walking to retrieve water, MIS delivers efficient water systems that can be operated locally. The same system can also deliver water to the refugee camps in the Middle East in the countries surrounding Syria including Jordan, Iraq, Lebanon, and Turkey. “In India, we are focusing on making sure children have access to clean, safe drinking water since one in five die from a water-borne disease,” says Page.

Although organizations such as the Federal Emergency Management Agency (FEMA) or nongovernmental organizations (NGOs) are doing outstanding work in delivering water to disaster areas; however, they do not provide a full solution to the world’s water needs. FEMA handles the immediate initial response after a natural disaster, and many NGOs develop innovative products such as handheld filters to help prevent water problems on a small scale. The resources from FEMA directly after an emergency last an average of six to twelve months, but there is still a gap to provide a long-term solution to accessing clean water.

Part of that gap is the time and exorbitant cost it currently takes to construct plants to meet the worlds long-term water needs. The public and private sectors work together to fund these larger projects. “There is this large delta from six months to alleviate the tension area right after a disaster, to five years later when the plant is actually built. One way that we’re trying to make an impact in that area is by decentralizing and providing an advanced technology in the way that these plants are built,” says Page.

MIS’ technology requires only three months to put together a deliverable package that can immediately provide 250 thousand gallons of water per day. Every month following that, the performance of the water system can usually be increased by forty percent. MIS believes this can facilitate communities receiving around 100 million gallons per day in eighteen to twenty-four months and have a turnkey water solution in the meantime within three months of a natural disaster.

The idea of MIS began with Grant Page, who was seventeen years old, working in a body shop, and attempting to invent a better way to chrome-plate parts. He came up with a dissimilar electrode pair, and when salt water was run through it, most of the ions were removed, something that would prove ideal for removing salt from saltwater. Page always had a desire to be in the military, and in 2010, he attended the United States Naval Academy where he requested to be allowed to continue his research on the project. As a mechanical engineer at the Academy, he was required to take chemistry validation tests before running any experiments.

At that time, one individual at the Academy said that he did not believe in Page’s work, yet wanted to send him to the U.S. Naval Research Laboratory to finish the research and come back to reality after a likely failure. “I went over there, and I was very successful. I proved all the scientists wrong, and in the next two years at the Academy, I had a team of twenty-two advisors with our own private lab at the academy in D.C. and developed three working prototypes,” says Page.

In 2014, Page received an award from the Secretary of the U.S. Department of Energy for his renewable and sustainable energy efforts. Soon after, he requested and received approval from the Secretary of the Navy to start a C corporation as the Chairman and Chief Executive Officer while being a commissioned officer, and took his thirty days of leave after graduating to start the company.

After achieving early success, MIS grew into a large manufacturing facility in Houston, Texas. It also has satellite offices and distribution centers throughout the United States. Page has become a Forbes magazine ‘30 Under 30’ fellow and has already made numerous strategic relationships in the industry. “We are partners with Global Water Intelligence, so we are sponsors in the American Water Summit for 2018, and we are key sponsors in the Global Water Summit for 2019,” Page says proudly. “We are partners with Wine to Water, and we are sponsors of the Water Environment Federation and the American Water Works Association.”

Water is crucial for life. Many people are aware of a worldwide crisis related to the amount of available potable water, but Grant Page is one person who truly made an effort to discover a real way to put an end to water shortages.

“I think the challenge is, while we understand the problem and have a great solution to add to it, it’s going to take support and the knowledge of not only communities but cities, states, countries, territories, all those large groups of people, that there is a problem, and they have to be willing to learn what the solution is and how to deploy it,” says Page.

An example of this challenge in the private sector is the food and beverage industry. Every company wants to be ninety-eight percent sustainable, yet very few are willing to pay for such a massive transition or be progressive and use the best technologies on the market. Most companies are happy to go from seventy-five percent efficiency to eighty-five percent and be able to say they have made a difference. It is crucial for these companies to understand the large-scale problems that are being created in the industrial market. “People have to be willing to give more time to truly understand the problem instead of just moving on to the next smaller problem that they think is more solvable,” says Page. 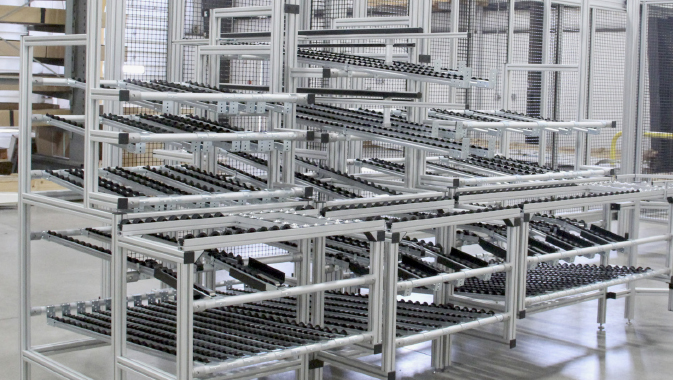