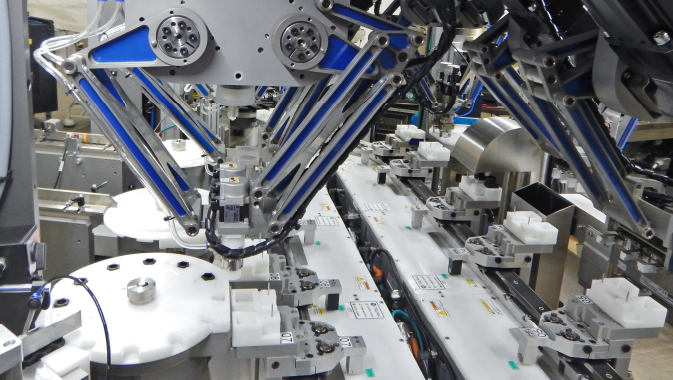 While there are many integrators in the automated assembly market, Transformix Engineering Inc. is a truly innovative designer and manufacturer of highly flexible machines that leverage precise technology, proprietary software, and a blend of continuous motion and indexed motion techniques to transport components for assembly faster than ever.
~
Transformix Engineering provides solutions to clients in various industries. It produces automated machinery that has proven repeatability and performance that blows its competition out of the water, and does so with a smaller footprint, virtually redefining what is possible in the automated assembly space.

The company’s claim to fame has been CNCAssembly®, the world’s first truly universal assembly platform that has the capacity to assemble numerous products on one machine that uses only a fraction of the real estate required by traditional assembly machines to assemble parts at rates never before experienced. CNCAssembly® improved productivity and efficiency in automated assembly like never before, and now, with the company’s fifth generation machine in the patenting process, it is further transforming the way its clients do business by taking system modularity and parts feeding to a whole new level, a level only dreamed of by manufacturers.

Transformix is, “bringing to market a whole new way of feeding parts flexibly – flexibly meaning the feeder can be changed over to feed very different products in a very short period of time,” said Jeff Walsh, Vice President of Sales and Business Development, noting that traditionally, parts feeders are usually dedicated to just one product.

“We’ve developed a system that is similar in size to traditional dedicated feed systems, but by simply changing the programming and swapping out 3D printed tooling we can flexibly feed a wide range of parts at speeds unheard of up until now. We grossly orient the parts, then we pick them up with one of our robots and they are loaded into our system for final orientation,” explained Walsh.

The vision systems downstream recognize the orientation of the parts, allowing them to be corrected as they move through the system. The machine changeover takes only ten minutes and can feed very different components used in many products, from lipstick applicators to electrical switches.

The evolution from the fourth to fifth generation CNCAssembly® was described as a series of processes that needed to be achieved, versus parallel development. The biggest change was the move away from a dedicated frame and the use of a system of interconnected building blocks, or modules that support the multi-axis numerical engines that are the hallmark of CNCAssembly®.

“Each modular assembly station and engine has its own frame and each of these frames lock together based on the client’s specific requirement,” Walsh explained. “The modular frames come in a couple of sizes; in general, they are about two to five feet long by two feet wide and have their own electronics in cabinets above, so depending on the complexity of the assembly and testing processes there might be as few as four, or more than a dozen of these sub frames side-by-side and facing each other.”

Typically, for a client to make six different products, they would require six machines. Investing in CNCAssembly® enables clients to make six products using one machine with the footprint of one to one and a half machines, doing so at a rate that far exceeds the performance of six machines combined, leading to space and cost savings and a great return on investment.

“We’re seeing opportunities for more complex machines, but despite the fact that we have machines with rates that exceed 1100 parts per minute, these new opportunities don’t necessarily need to run that fast,” said Walsh. “In many cases, our system may only need to run at 100 parts per minute to achieve production requirements, which for some clients is double or triple what they’re used to, but for us is very slow.”

While this speed is impressive, it is the flexibility that makes these solutions invaluable to clients across industries and sectors. “To assemble 100 different SKUs or 100 different versions of their product on one machine is far more exciting than just the high production rates alone,” explained Walsh.

Having such an innovative offering means there is no shortage of opportunity for Transformix Engineering, though the company selectively chooses projects based on the availability of time, resources and its capacity to deliver.

“We get to kind of try to pick and choose who we want to sell to but even that is challenging because it takes a lot of effort,” said Walsh who noted, “Anything new comes with risk. You’re trying a new technology and you’re trying a new company in many cases and we’re asking someone to change the way they do business.” Understandably, the process takes time.

Transformix is still a relatively small company given the magnitude of the solutions it designs and manufactures and as a result, “Any R&D takes longer than expected because in the past you would build one machine and it would be good enough to supply to a client and call it a Rembrandt (there will never be another one just like it). We’re not building Rembrandts anymore,” said Walsh.

Instead, “We’re building an assembly platform: a standardized solution that has to answer to the needs of many clients in many industries, so our development is a little bit slower paced because we have to think everything through and do a lot more testing than we ever would have done or any of our competitors ever would have done.”

As a way to address the strain on resources that comes with being a small and growing company, Transformix Engineering Inc. has brilliantly evolved its service offerings with the fifth generation CNCAssembly® system to provide a new layer of support to clients. We all know the old adage, “Give a man a fish, and you feed him for a day. Teach a man to fish, and you feed him for a lifetime,” and Transformix Engineering has found a way to incorporate this into its offering.

“Proving out a single product on a new machine can take a week or more – it’s a long process – and that was fine when we did one machine for one product. But the testing on our flexible system that can handle twenty or more products was a real eye-opener. It took much longer than expected,” Walsh explained. “We learned quickly from that oversight by implementing a mentoring program where our engineers tool and program some of the products while at the same time they are teaching the client how to do it. After that, we have the client’s technicians do a few more with our engineers holding their hands so they can learn how to do it themselves,” said Walsh. The result is really a win-win situation; Transformix has less testing to do and the client is empowered to take a higher level of ownership over their operations.

As demand for its solutions grows, so too does Transformix Engineering Inc. Not only has the company added to its service department, it has expanded its geographic reach with machines in Asia, Europe, South America, and of course, North America. There are also plans to break into new industries and sectors.

“We’re working with connectors, valves, actuators, switches, applicators, pumps, beverage tops and other small products like that, so we keep improving and adding new techniques to our modules so we can meet the needs of different industries,” said Walsh. The company’s current sectors served include medical devices, plumbing, electrical, cosmetics, food and beverage, Aerosol dispensing, and other various consumer and industrial products. Transformix Engineering has even re-entered the automotive space, where it was previously excluded given the incongruence of its robust solutions and the industry’s focus on cheap and disposable.

“We’re bringing to that industry what they never thought was possible, so they are willing to pay more for an individual piece of equipment because it can do so much more than all the dedicated smaller machines they bought in the past, and it costs less when you look at the bigger picture,” Walsh explained.

In the future, Transformix Engineering will have the platform that the market leans on for speed, efficiency and accuracy in product assembly and flexible parts feeding. The plan is to eventually sell untooled and unprogrammed platforms that can be purchased by integrators or sophisticated manufacturers who will develop their own tooling and program the system themselves.

“They would buy an untooled, unprogrammed system from us and then they would tool it, program it and install it and they would be responsible for it,” says Walsh. “We would support them for the base platform, giving them all the robots and all the modules and all the platforms, and they would integrate their own solution on our platform.”

A vision like this will help Transformix Engineering grow its market presence while remaining scalable and will serve it well as it endeavours to change the way companies look at assembly. The goal is to target larger multinationals where major investments can be made and the equipment can have the greatest impact.

As Walsh said, “We always knew we wanted to do it; now we’re getting to it. We can only do so many things at a time. The holy grail of the assembly machine was the flexibility and now we’re adding flexibility to the parts feeding and the upstream requirements of the client,” offering never before seen solutions thanks to its standalone fifth generation CNCAssembly® platform. 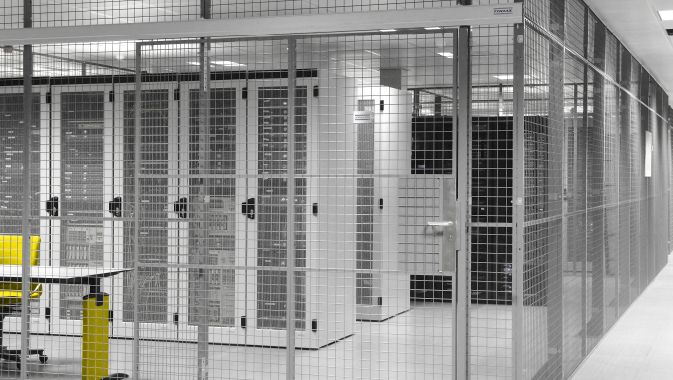