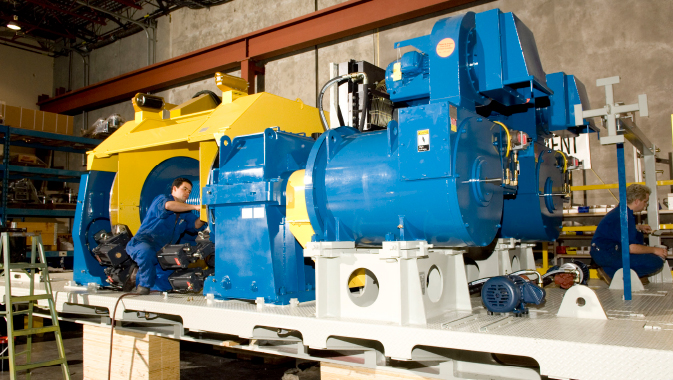 Pacific Rim Engineered Products (PREP) is an engineered solutions provider in Surrey, British Columbia. This Canadian firm specializes in creating innovative products for the resource industries including oil, gas, and mining as well as marine.
~
The current company was established in 1987 as an industrial gear distributor. It was initially structured as a distribution company but began to add physical shop services as it grew and established itself in the market. In the early nineties, it became apparent to leadership that the model was unsustainable and it began to shift its focus toward made-to-order industrial power-train products. The company saw the growth in this sector, adapted to work within it, and has maintained this course over the last twenty years.

PREP is a very dynamic company and over the course of its existence, has developed an acute ability to identify markets that are showing potential and adjust its operation to serve them. This capacity for ongoing change comes as a result of the flexibility and innovative spirit of the company. Working in a wide range of markets has helped the company institute skills and experience in a vast array of job types.

Its certifications demonstrate the company’s ability to produce reliable, consistent, high-quality products that live up to globally recognized industry criteria. All of PREP’s products and services have ISO 9001:2015 certification, which shows that its quality control system has been audited and meets the requirements set by the standard. It is also certified by the American Petroleum Institute as API Q1 compliant, a quality standard specifically for petroleum and natural gas products.

Above all else, PREP is an engineering company built on prioritizing innovation while de-emphasizing production. By outsourcing many of the production processes, PREP engineers are free to focus their expertise on building solutions. “That’s our philosophy,” says PREP President and Founder Philip Mariani. “We find that it gives us a lot more flexibility to serve a variety of customers in a variety of markets without the burden of managing a large infrastructure focused on the production of items.” Engineering is at the company’s core, and by contracting out the component production, PREP has much more time and resources to solve problems. It is an approach that is unique in the industrial sector, and it does a great deal to differentiate PREP from its competitors in the industry.

For thirty years, the company has been engineering solutions for customers in the resource industry. Over the last fifteen, it has focused on creating large-scale equipment for onshore and offshore drilling and exploration. PREP offers a line of enormous hoisting mechanisms for this purpose. The onshore variety can operate at up to 3,000 horsepower and lift up to 1.5 million pounds while the offshore hoists operate at much larger capacities of up to 2.7 million pounds at 6,000 horsepower. Hoisting millions of pounds is a dangerous endeavour. Operators of PREP equipment know that their livelihood depends on the quality and reliability of the equipment, and the company’s reputation has earned the confidence of many clients.

Industrial transmissions are another key product for the company. PREP offers pump transmissions, speed-increasing transmissions and custom gearboxes for many applications. When off-the-shelf products do not work, customers come to PREP for custom solutions. The company has built bespoke transmission products for offshore drilling, moving train cars, materials handling, gas compression and much more.

A European client contracted the company to engineer a gearing system for the top drive – the device that turns the drill string on an oil rig – on the largest offshore drilling rig in the industry. PREP took the project and built gearboxes with load ratings up to 2.75 million pounds.

Another customer needed a way to fit multiple compressors onto a transport trailer. PREP’s engineering team devised a solution that allows for three high-pressure rotary screw compressors, operating from a 2,500 horsepower diesel engine, to fit within the trailer’s footprint.

For the fracturing industry, PREP worked with a global engine OEM to build an advanced 3,000 horsepower, eight-speed, dual clutch, fracturing transmission. Together, the companies developed new technologies to increase the efficiency and overall performance of the device. It is the first machine of its kind in the pressure pumping industry.

Much of the work that PREP does makes use of high horsepower powertrains. These systems consume much fuel and can be expensive to run. PREP equipment is designed to be as energy efficient as possible, but even the most efficient systems can be prohibitively expensive at these scales. Over the last two years, the company has been crafting a new, high-efficiency, hybrid power management system called BluVert which was designed to reduce the amount of fuel consumed by the large generators that power micro-grid and off-grid operations, such as those on offshore drilling rigs and in remote communities.

BluVert is a smart management system that controls the output of the generators based on the demand for power. It has been carefully designed to do this while respecting the operational conditions required by the generator’s manufacturer so as not to void the warranty. The results are significant reductions in fuel consumption and carbon emissions by up to thirty percent.

For example, in a remote community that is powered by diesel generators and wind turbines, the BluVert system would only turn on generators when the output from the turbines was too low to meet the demand. It enables the generators to work only as hard as they have to, minimizing wear, extending the lifespan of the equipment, conserving fuel, reducing carbon emissions and significantly reducing operating costs. The system has gone through exhaustive testing and is now in the launch phase for all full-scale applications.

Many sectors will benefit from the integration of this system: renewable energy platforms that depend on a secondary source of energy, such as solar power at night or wind power when the wind speed is too low to generate enough power and traditional resource sector operations that exist in remote locations like oil wells and mining camps. The range of applications is huge, and many businesses have been waiting for a technology like BluVert.

Pacific Rim Engineered Products has a dynamic team who find elegant solutions to challenging problems. It is a rare quality for a company that operates at such a large scale to also be nimble enough to adapt rapidly to new and ever-changing markets. Visionary leadership and a team of highly skilled engineers have carried PREP to great heights.

“Innovation is something that never stops,” says Mariani. “You always have to be investing in the future. Businesses need to invest in themselves to be relevant in the marketplace.” For thirty years, the company has been following growth in industrial market sectors and finding its own path to grow alongside. This course has brought PREP great success so far, and as the industry continues to move forward, so will Pacific Rim Engineered Products. 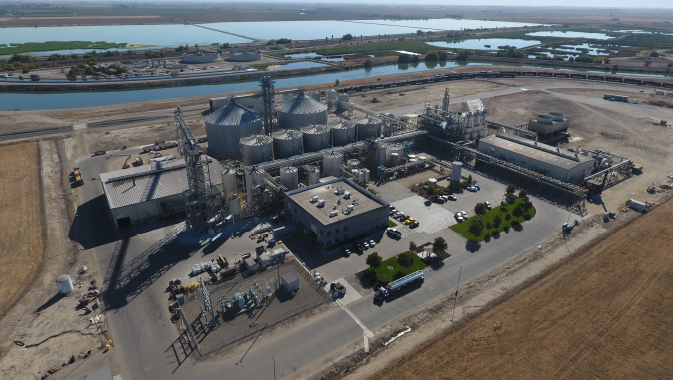