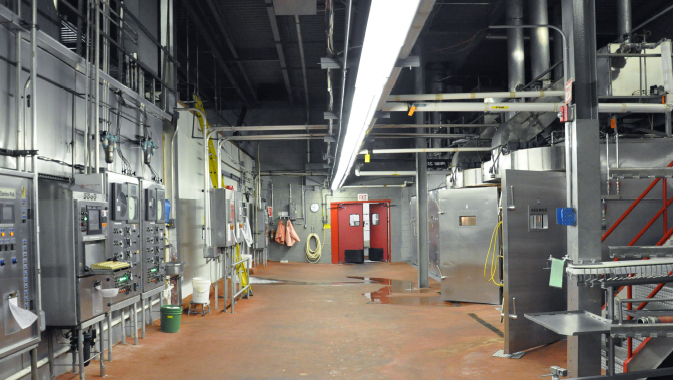 Reaching the milestone of 150 years as a family-owned business is no easy feat. In fact, the companies that manage to do so are to be commended for doing something right. Most do not manage to reach beyond the second or third generation. The Sahlen Packing Co. is one exception.
~
In 1869, a century and a half back through the mists of time, the city of Buffalo, New York, saw a number of notable events. The city hosted the first annual Industrial Exposition and Samuel Clemens – better known as Mark Twain – arrived to begin his post as editor of the Buffalo Morning Express.

It was also the year and city in which Joseph Sahlen established Sahlen Packing Company, a family-owned meat processor and distributor of quality private label delicatessen meats and other meat products including hot dogs, ham, turkey, sausages, and bologna.

Buffalo was a vibrant city due to its proximity to Lake Erie, the Erie Canal, and the development of hydroelectric power from Niagara Falls. “So Buffalo was really in the forefront with a lot of industries, one of them being the area here in eastern Buffalo where stockyards were less than a mile and a half away from us. This immediate neighborhood was a real hotbed for livestock, slaughter, and the processing of the components of that industry,” Joe Sahlen, President, explains. He is now the fourth generation of the family to head the company.

“There are only a few hot dog manufacturers here in the city of Buffalo. We are a competitive company and strive each year to improve on our performance of the previous year. We certainly are one of the survivors and are a pretty predominant brand here in the Western New York market.”

However, Joe acknowledges that Sahlen cannot survive just in that limited region, so for the past twenty-five years, the company has, “made many attempts to expand the market. Most of our success was in the late 1990s and the early 2000s when our deli, turkey, and chicken products started to be sold outside the immediate Western New York area.”

The growth of the company can be attributed to the quality of products and the presentation of its packaging. “We rely predominantly on a quality product with a name recognition that is certainly known as a value product, even if our product is higher priced than somebody else. Our customers accept that and will pay perhaps a higher price than some other national brand strictly because of our local presence and quality.” Joe believes that a minor factor in the customer decision process is, “the fact that we’re a family operation.” The company currently employs approximately one hundred people.

The company’s state-of-the-art facility makes seventy-five product types. “We don’t include by-products in any of our products. We do offer low sodium variants of hot dogs, and everything we manufacture is gluten-free,” says Joseph Sahlen, Executive Vice President, adding that the company’s most popular product offering is its ham. “We’ve pushed that product for far longer than we have hot dogs on their own. Hot dogs have been mostly local, up until about five years ago, when we started increasing the plant capacity and getting out of town with them.”

“We have close to 100 to 150 vendors of various meat raw materials, spices, casings, packaging, and other processing supplies,” notes Mark Battistoni, vice president of sales and marketing. The company’s quest for the best quality ingredients and safety measures is ongoing, but the recipes that deliver great taste remain surprisingly constant.

“We have upgraded everything in our building up to all United States Department of Agriculture (USDA) and United States Food and Drug Administration (FDA) standards so that we’re on par with any company from a food safety [perspective]. The formulations are very old and never really change.”

“Our formulations are proprietary and are changed very infrequently and only if there is some regulatory circumstance that would dictate that,” Joe adds. Such circumstances may include a change in the definition of a seasoning or spice, more specifics are required or if the USDA reclassifies a certain ingredient differently than it did in the past.

“That’s the only rule or circumstance where our formulations are changed,” he continues. “Much of the equipment that was used perhaps twenty-five to thirty years ago really hasn’t evolved all that much. There are the same basic processing techniques that are used.” The procedures may be largely the same, but there are more electronic rather than mechanical controls for greater consistency and accuracy. “We’re constantly upgrading equipment with more modern machinery that can process the product more efficiently and with a greater food safety in mind for sanitation.”

An example of this commitment is the recent completion of Sahlen’s $7 million expansion to house its new high-pressure pasteurization (HPP) machine. This technology essentially stops bacterial growth in its tracks and can extend shelf life from 60 days to 150 days. “We feel far more confident now going out of town with the HPP aspect of our product,” says Joe. “We have much more shelf life and code date flexibility with our product due to the fact that bacteria has been destroyed in that package.”

Sahlen has had Level 2 certification from the Safe Quality Food Program (SQF) since 2012. The credentials represent rigorous standards for safe food handling and facility cleanliness. “We have a lot more documentation and observation of our plant activities which helps the food safety game quite a bit,” says Joseph. In fact, the company has SQF staff whose only concern is food safety and quality. “We have twice weekly meetings where we discuss areas of food safety, quality [and] issues and concerns that arise in operations,” Joe adds

Documentation also applies to all of Sahlen’s suppliers which have to provide an extensive dossier of what is being supplied to the company in the event of a recall of anything used in the facility. “We can trace back to a particular supplier, where that product was utilized in our product, and where it went outside from our facility in shipment to our customers,” says Joe. Such documentation is reviewed by qualified staff to verify that all procedures have been followed.

Sahlen’s staff monitor the plant floor, “on a daily basis specifically looking for weaknesses and any potential for food safety, product safety and/or quality concerns well before it ever necessarily becomes a concern,” says Joe. And an outside auditor will come in annually to, “review, very extensively and with great detail, our documents as it pertains to all facets of the operation – from receiving the product through shipment of the product.”

With its success proven through its presence in thirty-seven states, the next logical consideration for Sahlen is further expansion into new markets to introduce new customers to its products. “We’re constantly looking for new partnerships with retailers as well as food service clients across the country,” says Mark. “Our product is pretty unique.” The company has recently reached out to some southwestern states and individual retailers. “We kind of go market by market, find that partner and then expand from there.”

In October 2018, Sahlen Packing Company bought the ten-year naming rights to Sahlen Field, a downtown Buffalo baseball park and home of the Buffalo Bisons minor league team. And what is a baseball game without a quality hot dog or two? “We’ve been here so long that when that contract became available, we were involved in sports marketing over the last several years. We saw it as an opportunity to better represent the brand,” Mark says.

“There’s a tremendous amount of exposure involved with this location in downtown Buffalo,” Joe adds. “With Sahlen’s heading into its 150th anniversary, this was a very unique opportunity for us to market the Sahlen brand and, more specifically, the hot dogs along with an all-American-type sport that baseball is.” Marketing plans are being slated for a number of activities in 2019 that would give exposure to the brand and benefit the Bisons as well.

“We’re all very proud of the fact that we [have] five generations of the family involved and look forward to the sixth generation,” Joe says of the 150-year milestone. “You can’t even describe how precious that history and legacy is. It’s impossible to overstate what that means to me and to our family.” 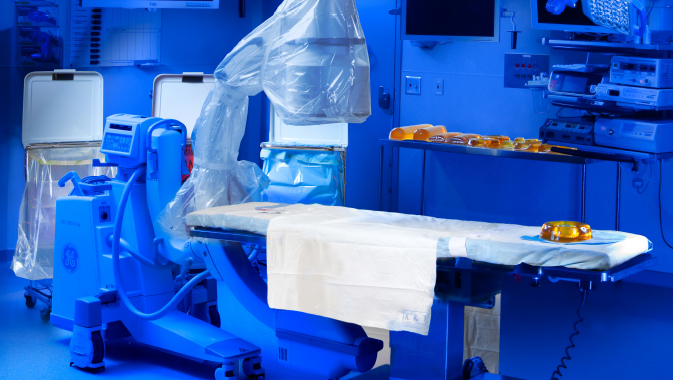 Number One Priority: Patient Safety in the Operating Room