Back in November of 2017, I had the privilege of speaking with Beef International President Kevin Ingraldi and Vice President of Sales and Marketing Tom McMillen III about its customized meat products that cater to various interests in the restaurant world. At the time, the specialty meat company was undergoing a five-year reconstruction plan and was upgrading its facilities…
~
B.I. Foods was also venturing into new markets around the world, had just initiated a halal-based product listing and was moving into the Middle East. Once again, I spoke with Kevin and Tom to catch up on a new development that involves a complete rebranding of the company from Beef International to B.I. Foods.

In the rebranding from Beef International to B.I. Foods, the ‘BI’ stands for ‘better ideas.’ It is to accentuate the better ideas being used in the business as far as equipment, strategies, formulas and marketing, merchandising, and everything else through the strategic plan. Kevin and Tom talked about the new capabilities of the company; they have added several new items per the customers’ requests.

“A big component of the re-branding to B.I. Foods is in educating people that we are not just about beef products, but we also have capabilities that include ribs, shredded pork, baby back ribs, St. Louis ribs, pork osso bucco, exact-weight pork chops, and things of that nature,” says Tom.

The new launch took place on May 16, and in addition to rebranding the corporate name to B.I. Foods, a trademark was also secured called Chefwell Foods. “It is used in two different areas. Firstly, the retail package which would be your twenty-four-ounce baby back ribs and other items of that nature, where Chefwell Foods would be on that brand. Secondly, in the delicatessen area, we chose to show a differential, reutilizing the same logo, and trademark of Chefwell, but are using ‘Selects’ in the deli department,” says Tom.

Roast beef, corned beef, pastrami, and other delicatessen items would be under the Chefwell Selects brand, and the greatest success is taking place with the twenty-four-ounce exact weight Chefwell Foods ribs. It hit at a good time of the year, leading up to the Memorial Day and the Fourth of July weekends. The Chefwell Foods label on the twenty-four-ounce rib is doing better from a sales perspective than either Tom or Kevin could have guessed.

Beef International is in the midst of a five-year plan to increase efficiencies. Much money has been put into machinery and other charges associated with the multi-million dollar re-modeling and expansion. It has progressed, but not as quickly as hoped. One of the problems has been in getting permits for the expansion at the plant.

“The different hurdles include manufacturers of equipment giving us one set of parameters such as a date of completion on work being done. Typically, it gets delayed, and these are the circumstances that are unforeseen and cannot be accounted for. We can’t go to step two before step one is completed. That can put the whole project on hold,” says Kevin. B.I. Foods is about halfway through the five-year plan. Based on the delays, six to nine months have been added to the schedule. It takes a large investment, but Tom is very impressed with the way Kevin and the management of the company avoids incurring large debts. Funding and budgeting is looked at very closely, and this has allowed the team to secure additional business which makes the time of transition smoother.

B.I. Foods has been developing new clientele, and as it is producing sauce items, the sales figures have been going up. These sauces include exact-weight sauced barbecue ribs, sauce shredded beef, and sauce shredded pork. One client account stated that whatever was produced by B.I. Foods, it would purchase.

“As we are getting out into the field, the sauce ribs, sauce shredded beef, sauce barbecue, and pork items, along with the pork osso bucco, and our specialty cut or portioned pork chops are responsible for a twenty to twenty-five percent increase in business,” says Tom.

The barbecue business has really been taking off. When last we spoke in September of 2017, Kevin let us know that the predominance of the business was in food service and institutional work. Subsequently, B.I. Foods has picked up two rather large retail groups. The first year of business with the first group will conclude at the end of August 2018.

“The first year is going to be more than 300,000 pounds with that retailer. We are looking to do that plus more for the other retailers that we’ve done [requests for proposals] for and other type of follow ups on their request and by their request,” says Tom.

The vendors with which B.I. Foods deals are of like mind – very service and quality oriented – so when the company deals with larger customers, it goes with the vendors to work on the whole package deal. B.I. Foods has the raw material the vendors want and makes a product that the customer wants. With this approach, there are not a lot of complaints or issues because it does not buy the cheapest product.

“One manufacturer will do the ribs one way, and another will do it a different way. This is how we can get good pricing for the customers,” says Kevin.

Much networking has been accomplished over the last two years, and when coupled with already existing contacts, it makes for a unique opportunity. Kevin has been doing a top-notch job in working with new suppliers beyond B.I. Foods’ usual ones. One of the distinctive services being discovered is based on the capabilities and specialty processes of B.I. Foods.

“We go to business in a unique way. If there are existing customers that have a finished raw material or finished product, but they are looking to make changes, but they also can source raw materials to have cooked. That is an area where we are developing a good deal of incremental business,” says Tom. This is opening many doors for example with a distributor that also has options in its network that B.I. Foods can work with as a third-party partner.

Mexico has been the focus of recent B.I. Foods expansion efforts, but there are other areas being looked at. Another area of interest is the Middle East. The company is halal-certified, and with that certification B.I. Foods is doing a great deal of conversation and negotiation on areas of halal sales that would be done predominantly in the Middle East. “The process takes a long time to get finalized, and realistically, it will be through the end of 2018 before we get any closer to that,” says Tom.

Another venture that has Tom and Kevin very excited came about through a conversation that took place around October of 2017. Opportunities regarding “clean label” meats are being considered in China, but there are some very strict requirements.

“The one thing I have learned from some mentors that tell me about China, is unlike U.S. business, China and Mexico are much more social than they are to the point business. Business in Mexico can take much longer to secure. We are finding that China is very much the same,” says Tom.

In China, business partners prefer to get to know you first. They want to understand the company, know the product, and it may take several years before something comes to fruition. International growth is something that B.I. Foods desires, but the reality is that it will take longer than anticipated for places like the Middle East and China.

“However, if these countries do go with us, they will stay with us for the foreseeable future. They are very faithful and loyal,” says Tom.

Finally, it should be noted that B.I. Foods is going organic because of the demands and the needs of its customers. As I write, the company is going through the rigors of becoming organic certified. This will greatly add to its already stellar portfolio of products, and more good feedback is assumed. 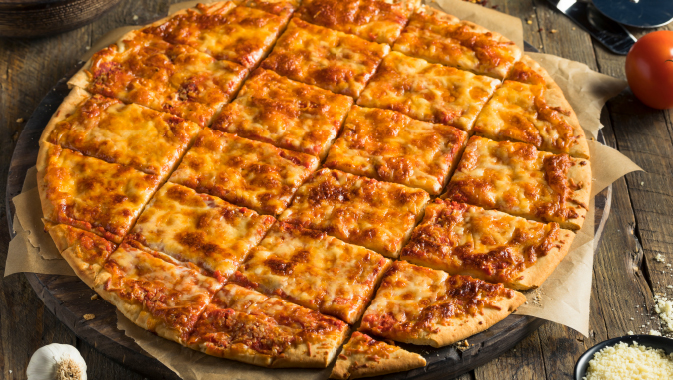 A Unique Combination of Family and Flavor