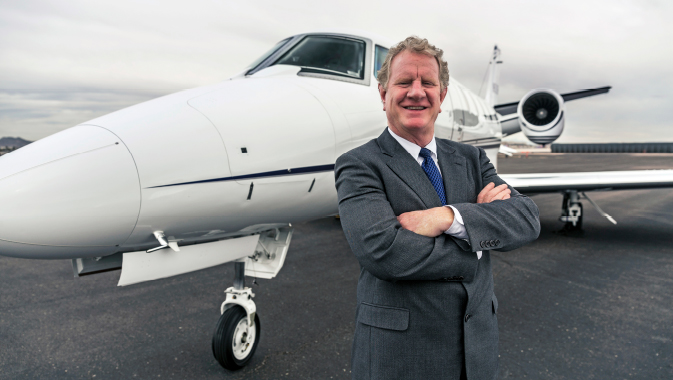 Professionalism, convenience, and the utmost attention to detail are just some of the reasons clients keep coming back to Cutter Aviation. This prominent general and business aviation service provider for the Southwestern United States is celebrating its ninetieth anniversary this year.
~
As a leader in the aviation business, Cutter is proud to provide fixed-base operator (FBO) locations and services for private, general, and business customers. From professional, factory-trained aircraft maintenance to on-demand charter services offered through the company’s fleet of jet and turboprop planes, new and pre-owned aircraft sales, aircraft management and more, the Cutter name is well-known and respected in the aviation industry.

Cutter Aviation’s history parallels that of American aviation. It was founded in 1928 by William P. Cutter just twenty years after the Wright Brothers first successful powered airplane flight at Kitty Hawk. The company is one of the best fixed-base operators (FBOs) in the U.S. and holds the distinction of being the oldest FBO, not only in America but the entire world.

Now in its third generation of family ownership, the business has a great deal of which to be proud. Will Cutter joined the family-owned-and-operated business in 1979 and has served as the company’s chief executive officer and president for the past eighteen years. He speaks fondly of Cutter’s prominent place in America’s aviation legacy.

“We started in New Mexico when my grandfather was flying cross-country barnstorming, landing in fields, and selling rides,” he says. “Ultimately, he fell in love with New Mexico and started aviation for the state with our first facility in Albuquerque. Spots [for takeoff and landing] were few and far between back in 1928.”

Cutter Aviation’s fixed based operations (FBO) services are second to none. It is estimated there are fewer than three thousand FBOs in the United States, and about four hundred of them are excellent. “We consider ourselves in the top fifty,” states Cutter.

Once airplanes land at any of the Cutter locations, they are provided with marshaling-in services, ground support, and much more.

As it has many corporate clients, the company facilities include lobbies and conference rooms, where these clients will hold meetings – often with catered breakfast or lunch – while members of the Cutter team are cleaning and refueling the plane, refilling coffee pots, and doing everything to get planes back into the air as soon as necessary.

“We can do anything,” says Cutter of the company, which performs maintenance, waxes aircraft, and has even installed new carpeting. “Whatever we can do, we help out.”

Every client is unique. Some are at a Cutter location for only a brief time, while others leave their aircraft for weeks at a time, safely protected from the elements in one of the company’s hangars.

In many cases, the aircraft arrives, doors open, and clients depart immediately in a limousine for business meetings. Cutter’s relationship may be primarily with the pilot, rather than passengers. “They are coming from wherever they are to see not us, but somebody else,” says Cutter. “We strive to make the pilot look great by getting them through and out on their way as quickly as possible.” In some cases, pilots will fly home on another airline, while planes are left behind for maintenance work.

From its long history and experience to its outstanding customer service, friendly staff, well-equipped maintenance facilities, and tremendous value, there are many reasons why Cutter Aviation is the first choice of its customers. Clients keep coming back, and the company’s long-time, highly-trained, dedicated staff of 250 is a big reason why.

“We’ve got beautiful facilities and hangars,” states Will Cutter. “Anybody can spend that money and build those types of things at airports, but when the pilot comes inside and sees the same faces and smiles from the many times he’s been coming back, he knows he can trust us to take care of his asset. It truly is our employees that keep us going. Therefore, we get customers continuing to come back.”

Many workers have been with the company for twenty years, and in some cases, over forty years. Part of the reason for high staff retention rates is attitude, says Will Cutter. By carefully selecting enthusiastic candidates and treating them with dignity, the company does everything possible to keep its people.

Cutter Aviation joined forces with the award-winning Pilatus network and became an authorized Pilatus Aircraft Ltd. sales and service center in April. It is well-equipped to handle the market for this legendary Switzerland-based aerospace manufacturer. Cutter is entrusted with all sales and service for the Pilatus PC-12 NG and PC-24 Super Versatile Jet in the Southwestern United States.

This move will benefit many clients, as the region serves an estimated three hundred Pilatus PC-12 aircraft, representing about twenty percent of the global fleet. “We are very pleased to have Cutter Aviation join the Pilatus family of owners, operators, pilots, employees, dealers, and partners,” stated Markus Bucher, chief executive officer of Pilatus Aircraft, in a release. “The strong core values that the Cutter team embodies align precisely with those of Pilatus.”

Will Cutter agrees and looks forward to a long-lasting relationship with Pilatus, which he refers to as “one of the finest aviation manufacturer organizations in the world.”

One of the requirements of Cutter becoming a dealership for the Southwest was to establish a service center in Colorado. The company has hired about a dozen staff for the Denver site so far, including sales and maintenance and anticipates that the location – which officially opened on June 11 – will grow to thirty or forty staff. “We’ve got two maintenance shops in Texas – one in Dallas, one in San Antonio – that will be authorized service centers for the Pilatus as well,” he says.

The company has received considerable business via word-of-mouth referrals from current customers and markets itself to aircraft owners and non-owners, contributes to auctions, and often donates its hangers and facilities to charity fundraising events.

As 2018 marks the ninetieth anniversary of the business, Will Cutter says there is a significant push to promote the historic event. “We are the oldest FBO in the world, so we might as well tell everybody about it!” he says. Late last year, the company kicked-off its upcoming anniversary at the Aviation Convention and Exhibition of the National Business Aviation Association in Las Vegas (NBAA-BASE), which also saw the seventieth anniversary of the NBAA.

“It’s the biggest aviation event out there for corporate aviation,” comments Cutter. At a dinner for 150 friends and associates, the company unveiled its new ninetieth-anniversary logo. This year, Cutter plans to give away a brand new IMZ-Ural motorcycle with a sidecar, as popularized in the Indiana Jones series of films and will host celebratory events at all its locations.

Cutter says the ninety-year-old company is in business for the long haul. One of his sons recently joined the company, and Will Cutter sees the fourth generation of the family-owned business on the horizon, a key point of difference from other FBOs. “We are not like some of the big corporations where they ask ‘what’s this quarter going to do?’ he says.

“We really do plan long-term with products and facilities. We are a Southwest company. I have no desire to go to New York, Florida, Seattle, or any of those spots. While they have good business, I like being within two hours of our facilities, so if I need to get there for an opportunity that I can be part of, I can be there quickly. Two hours from Phoenix is where we like to be.” 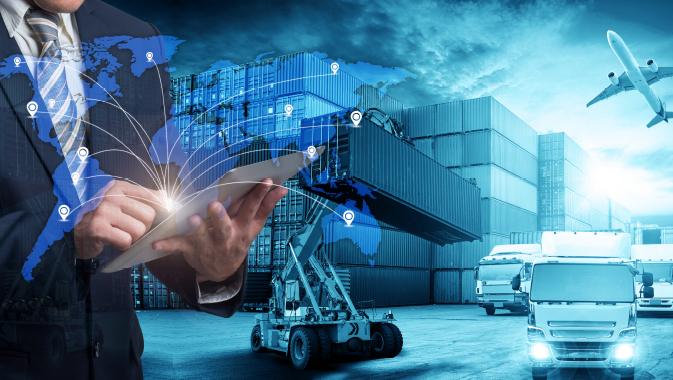