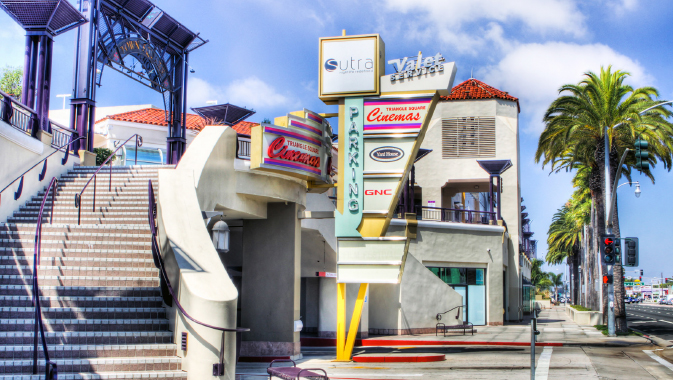 The City of Costa Mesa in Orange County California is teeming with success stories, from the return and growth of the shoe manufacturer Vans to its own Taco Maria being awarded LA Times Restaurant of the Year. The City is home to creativity and the entrepreneurial spirit – including but not limited to a strong action sports enclave that brings surf and skate aficionados from all over the world to the five world headquarters that call Costa Mesa home.
~
We spoke with City Manager Tom Hatch about developments over the last three years, the City’s search for identity and its furtherance of a great model that is garnering a lot of attention in California and around the U.S.

Costa Mesa has limited development sites. People or businesses that want to locate here must be creative in how they fit in. The recession of 2008 slowed building, but over the last four to five years, there has been quite a lot of residential and mixed-use construction, and some of these developments were more vertical to nestle themselves within the existing urban fabric.

“This has taken place throughout the community – quite a few on the west side of town. They have all been implemented and sold. A lot of people want to move here, so along with for sale products, there are some new rentals,” says Tom. The amount of available housing had been very limited, so the timing was right for this expansion.

The community did have some concerns about the perceived lack of parking and the changes happening so quickly. ‘Measure Y’ looked to limit housing above a certain number of units and control the type of housing. “That was approved by residents in November of 2016. More steps are needed for development, but the housing proposed was needed here, just as it is throughout California. This can be seen with sales, as all units have done well,” says Tom.

The population of Costa Mesa has increased by about three thousand people over the last few years. With these new housing initiatives, growth is manageable, but it has affected the infrastructure somewhat. However, the public realizes that any major development can potentially create some additional traffic and parking concerns. The city has some of the best quality streets of any city in Orange County.

Schools in Costa Mesa do incredibly well, and the area is part of the Newport-Mesa unified school district. Vanguard University as well as Orange Coast College predate the incorporation of the City. Their presence, as well as the other Universities and Schools within the City, help bring in a young population that helps fuel the creative economy that is anchored here.

Tom is proud of Costa Mesa. Seven years ago, it was struggling with its identity. It is next to Newport Beach and Huntington Beach as well as Santa Ana and Irvine. “It is a beach community without a beach. We have some high-quality projects that rival what occurs in these neighboring cities, but we did not have our own identity. Over the last few years, we have settled on the interesting, artistic, funky Costa Mesa. We are proud of and are embracing that identity,” says Tom.

This new identity has truly galvanized the community, creating an even greater sense of ‘cool.’ The brand has really been embraced by residents. It is no longer a secret that Costa Mesa is fascinating and fun. Visitors can come here to enjoy great restaurants, see Broadway productions, concerts, and ballet at the Segerstrom Center for the Arts, experience world-class shopping, and enjoy proximity to beaches. Anyone staying for a weekend has a plethora of choice. Mayor Sandra Genis affirms this, stating, “I love that within a mile or two of my home I can have a gourmet meal or grab a couple of tacos from a hole in the wall. I can see a world class production at Segerstrom Center or South Coast Rep, then go for a walk in Fairview Park and see the hawks and the kites. You can find just about anything you want or need in Costa Mesa. Whether you want high fashion at South Coast Plaza or just an odd sized hose for your washing machine, you can find it in Costa Mesa.”

I asked Tom about Costa Mesa losing some of its small-town charm, and how this growth in the city may be detrimental. “We have lost a bit of the secret, but we maintain that quiet and low-key coolness. There has been some change in the broader community, and we continue to be a magnet for others that want to be here, but we are not upsetting the delicate balance between popularity and peaceful living,” says Tom. When the Mayor is asked about the “secret sauce” that makes Costa Mesa great she said, “If I told, it wouldn’t be a secret! Seriously though, what makes us exciting is the broad mix of enterprises from major corporations to small family businesses to cutting edge start-ups. We make room for the full range and value them all.”

One of the businesses drawn to this ‘magnet’ is a new Audi dealership. The city’s economic development organization did not seek out Audi or have to offer a big incentive, but rather the car dealership sought out the city.

“Vans is a very well-known, locally-created, Orange County-based company that really wanted to be here. The Van Doren family went to our local high schools. They initially brought five hundred employees, and more are coming. This was a big boon to the City of Costa Mesa,” says Tom.

Shopping center South Coast Collection, known as SoCo, is right off Interstate 405 in Costa Mesa. It sports Taco Maria, the top restaurant in Orange County for the last several years, and food critic Jonathan Gold, who writes for the Los Angeles Times, has named it the number one restaurant in Southern California. Several other Costa Mesa restaurants have made that annual list. “It is worth a Saturday afternoon to walk around the area,” says Tom.

Many Newport residents go to 17th Street in Costa Mesa for the shopping and entertainment in this vibrant part of the city. A new restaurant called The Crack Shack is one of Tom’s favorites there and is known for having great chicken sandwiches. “The 17th Street experience has really exploded and is in an area that people want to be with several newly renovated bars with upgraded, high-end facilities and food service,” says Tom.

19th Street is also thriving, with some appealing venues such as Social restaurant and craft cocktail bar. On the Westside is a new establishment called The Boathouse Collective that has live music, as does The Wayfarer, which holds about 350 people and hosts some great musical acts.

The Triangle shopping center and entertainment destination is doing very well. It has a variety of food including Japanese, Mexican, and steak houses and has recently added a new venue called Keys on Main with a dueling piano bar that is rocking from Thursday to Saturday nights.

The Orange County Fairgrounds annually draw over one million people to the area. The Pacific Amphitheatre has quality music and entertainment and was recently renovated to improve some internal facilities and amenities.

“We just landed the Chargers! They wanted to move towards Los Angeles and are part of the larger new football stadium being built right now. The Los Angeles Chargers will share that new stadium with the Rams, but the Chargers picked Costa Mesa as its headquarters, training facility and practice facility,” says Tom.

The Chargers are in Costa Mesa every day, unless playing a game elsewhere. Just north of the I-405, the team built a beautiful, state-of-the-art training facility with onsite practice fields. “Summer training camp is free to the public with thousands attending each day at a city-owned sports complex. The Chargers came in and renovated two of the city’s fields to NFL standards. We have a ten-year contract with them to use our city facilities,” says Tom.

The City of Costa Mesa is continuing to improve by making the town walkable. To this end, the City just held a ribbon cutting ceremony to open a new trail in town. The aim is to humanize Costa Mesa with more walking and bike trails.

In the 65 years since its incorporation, Costa Mesa has managed its growth and leveraged its centralized location in Orange County to truly become unique – a space that provides the necessary components of a city, but when possible, finds ways of challenging the typical. For example, an “anti-mall” called the LAB was established in Costa Mesa over 25 years ago and is built upon the ethos of fostering local business though its practice of leasing solely to local businesses while serving as an incubator for new businesses. On the other side of the market, the City actively plans for means to add housing without altering the existing community character. Costa Mesa has adopted a number of Urban Plans designed to encourage a mix of uses that generate both jobs and housing, as well as leveraging the city’s prime regional location to provide world-class entertainment to suburban communities.

Barry Curtis, Costa Mesa’s Development Services Director, sums this up with, “Costa Mesa will continue to be an eclectic spot on the map where providing space to nurture nascent businesses and diverse services for our residents will continue to be a part of our unique character for years to come.” 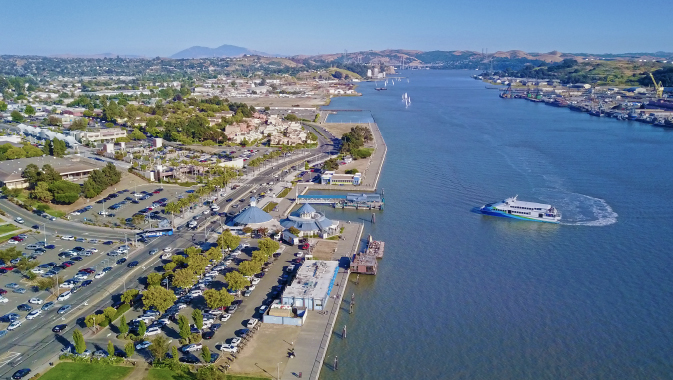