A Tremendous Team with a Rich History

Few businesses make it to one hundred years of service these days. Fairmont Supply Company is one such a rare gem that will celebrate this fantastic milestone in 2021. Based in Washington, Pennsylvania, the dynamic enterprise has reinvented itself many times over during its close-on-a-century in the industrial supply business. In fact, it has been around for so long that it can probably teach all of us a thing or two about longevity in fickle markets.
~
I spoke with Chief Executive Officer Paul Fichiera and Senior Marketing Manager Alexis Joseph about the life and times of this market leader in maintenance and repair product and pipe valve fitting (PVF) product distribution. “We’re one of the fifty largest industrial suppliers in the United States according to the Industrial Distribution Magazine’s statistics. That is something we’re very proud of,” says Paul.

Fairmont has over twenty-two locations and expects to have an estimated thirty by the end of 2018. Ten of its stores form the legacy Fairmont Supply Company outlets in the region in energy-related markets like the coal mining areas in the Northern Appalachians, the more central Illinois basin, and the western basin of the Powder River. While six of its sister company’s piping and equipment facilities are situated in the Gulf of Mexico area from Houston, Texas to Baton Rouge, Louisiana, and Mobile, Alabama. And it is still growing. During the past few months, it has made two acquisitions in industrial piping and fasteners in Portland, Oregon; Salt Lake City, Utah; Omaha, Nebraska; and Boise, Idaho.

Fairmont Supply Company is not only large, but it is also very specialized. A great example of exactly how specialized it can be to suit its clients’ needs is its operation in the Powder River basin, Wyoming, where it is essentially an industrial coal mine supplier. This area forms the backbone of the local economy and is one of America’s foremost coal producing regions.

Fairmont also specializes in manufacturing across all of its locations. If its customer base is wide, its vendor base is even wider and is what allows it to be as competitive as it is. The company sells the best industrial products from adhesives to hydraulics, hand tools, raw materials, pneumatics, and much more from around the globe, making it a most reliable and economical source of quality industrial supplies. This agile, nimble company has taken its supply services to the next level, bringing customers a service experience that no other company in its industry can match.

It has a phenomenal track record for customer service, and its proof is in its people. “We have 350 team members across our family of locations, and they are all great, loyal people with incredible dedication to the company. Most of them have been with us for ten years or longer,” says Paul.

Of course, with such long-term tenures come experience, longstanding customer relationships, and a deep understanding of customer needs. “It sounds really easy to say that, but when you see what our flexibility translates to in practice out there in the field, it is a powerful experience,” says Paul.

This secret weapon secured it some really significant business recently when Fairmont Supply Company won two large contracts. When the client was asked why Fairmont was awarded the deal rather than one of its biggest opponents, the response was very satisfying. What had got it the job was its responsiveness, its flexibility in structuring the contract to ensure a mutually beneficial outcome, and there was no red tape caused by unavailable top-tier members of management. No external approval was needed from anybody higher up as all the key people had been right there in each meeting – something that the client particularly enjoyed and appreciated.

Fairmont was established by the mining company, Consolidated Coal, in 1921 to create vendor partnerships and locate products on behalf of its parent company. Its profile adapted as its holding company’s needs evolved. Consolidated Coal merged with Pittsburgh Coal and formed a new company called Consol Coal. It then moved its headquarters to Western Pennsylvania, where it established itself firmly and again changed hands. It was at one time held by Conoco Inc. which sold it on to the DuPont conglomerate.

Thirty years ago, DuPont decided to sell its shares in the company, and it went public under the name of Consol Energy while holding Fairmont Supply within its ownership. The big change came in December 2014 when Consol Energy decided to restructure. Today, Fairmont Supply Company is owned by a private equity group based in New York and is a stand-alone entity for the first time in its history of helping to build the American economy.

Now, the company could choose its own path without being owned by its biggest customer. “It was a very challenging but very rewarding time. It really has been an action-packed ride,” says Paul. Since then, the company has thrived and has grown in ways that it may never have been able to do before under parent company ownership, allowing it to become an even more meaningful part of the fabric of the Northern Appalachian region.

The improvement in staff morale since his arrival has been significant and can even be felt within the greater community. “If our focus is on really taking care of our employees and our company culture, that will drive really good customer relations and service,” he says. Unlike many other companies, Fairmont Supply believes in encouraging its employees to utilize their vacation time to recharge and live a healthy lifestyle.

A number of initiatives boost the team atmosphere through recognition and fun events like barbecues where everyone can get together and get to know each other better and discuss great ideas. Family is also highly valued, and employees are even given the opportunity to bring their kids to work on special open days to show them around and give them an idea of what mom and dad do all day and what the company is all about.

“It is important to us that everyone feels safe. Part of that is that they can bring their family members to come and see where they work. It brings a really great energy to the office,” says Paul. Alexis feels especially positive about the environment that the executive management has created. “I feel empowered coming to work every day because there is confidence in our abilities to succeed in our roles. That speaks volumes,” she says.

And all this hard work is paying off in a big way. Fairmont Supply Company recently signed two multi-million deals with a major coal company in the Appalachian region, as well as one of the biggest automotive manufacturers in the country. “That gives us a sense of pride in our people and in our two latest long-term clients. We wouldn’t have been able to do it without our solid employee base. Customer service and good people go hand in hand. Our momentum can only grow from here,” says Paul. It already shows in the growth rate which is well up over twenty percent in growth since last year.

While growth is strong, the growth of online business-to-business (B2B) and industrial supplies sales is causing its fair share of challenges. These, in turn, have led the company to make significant investments in its e-commerce capabilities. This is spurring new ways in which it can now be of better service to those purchasers who need the freedom of anytime service, while still being equally dedicated to its customers who prefer dealing with people face-to-face in a real store. Here, customers are only ever a phone call away from solid technical assistance and expertise. “We’re going to continue investing in both of these channels, and make sure that we stay ahead of the market trends,” says Paul.

Contributing to charitable causes is a big part of its culture, and it has great plans to build awareness of its own, relatively new-found independence by joining the legendary Canonsburg Fourth of July parade from this year on. Toys for Tots is an organization that is very dear to its heart, and Paul was touched to see how the level and number of contributions significantly grew recently. Washington and Pennsylvania’s Little League also enjoys its loyal support, and Fairmont’s participation in other local community events will only continue to grow in the coming months.

With its original growth plan of having twenty-five locations in the next five years to be well exceeded by the end of the year, Fairmont Supply Company’s next goal is to achieve over $250,000,000 in revenue in the next five years. This will be no mean feat, but we have full confidence in this stellar team to achieve that and more and look forward to following their road to ever greater success. 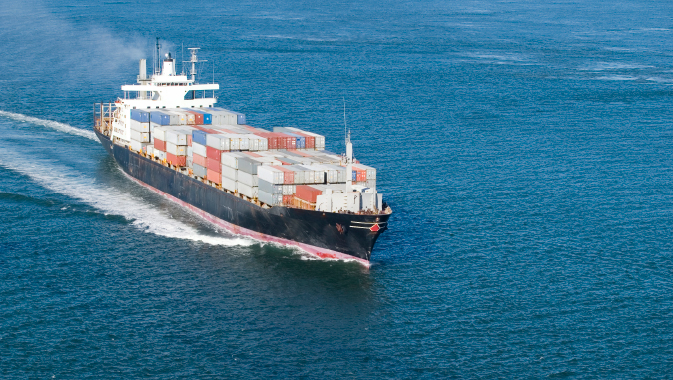 A Tremendous Team with a Rich History