Where the Economy and Partnerships Thrive 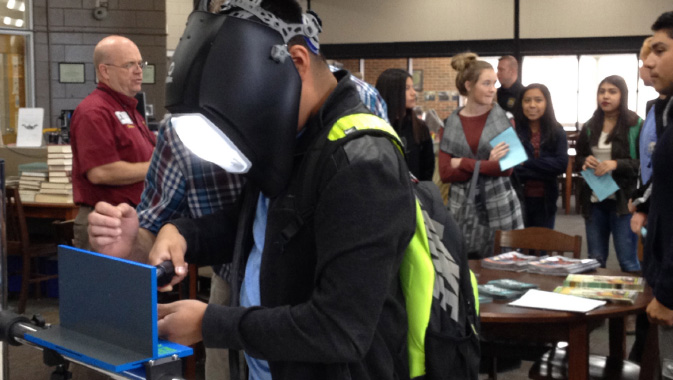 There’s a lot going on in DeKalb County, Alabama, a pro-business community where the economy and partnerships thrive. Speaking with the team from the DeKalb County Economic Development Authority (DCEDA), one quickly gets a sense of the countless initiatives taking place and the multitude of partnerships that are fostering growth and prosperity in the county.
~
Economic growth and development in DeKalb County would not be possible without partnership. As Executive Director Jimmy Durham noted, “Education and economy goes hand to hand. Utilities and economy goes hand to hand. Having a pro-business government is a tremendous asset for us.”

Only eight years ago, DeKalb County was facing an uphill challenge: a 16.9 percent unemployment rate that was the direct result of the loss of the hosiery industry which was the dominant industry at the time. Once the “sock capital of the world,” DeKalb County was reduced to just a few remaining hosiery companies like Renfro Corporation which weathered the storm despite the out-migration of most of its local competitors.

Proving its resilience and determination, DeKalb County came together to help the economy recover from the loss of 5500 jobs and today, the county’s unemployment rate is just 3.9 percent, an astounding recovery that can be attributed to economic diversification.

According to Mr. Durham, so far in 2018 alone, the county has benefited from nearly $70 million in investment in expansions and $6.5 million in new investments. “Right now, the economy is really booming here,” he said, and with a cost of living index that is 89.7 percent of the national average, it makes sense.

Since the loss of hosiery, DeKalb County has been home to warehousing and distribution. Its largest employer, The Children’s Place, relocated its national distribution centers and e-commerce presence to Fort Payne, started with only 150 employees, and has grown to over 700, exceeding 1100 seasonally.

While new and prospective businesses are certainly on DeKalb County’s radar, much of the growth that is taking place is occurring in existing industries. With employers like Rainsville Technology, Inc. a Tier One automotive supplier that specializes in plastic injection molding for interior automotive components, the county’s industrial base is steadfast and will enable it to make the most of being in the heart of the southern automotive corridor.

The economy in DeKalb County also has a strong agricultural and food processing core with employers like JCG Foods of Alabama/Koch Foods, while tourism is another economic driver, as the county is home to Little River Canyon Natural Preserve and two state parks.

Divided along geographic and economic lines, the county is unique in its composition. Mr. Durham explained, “Because of the way the county is laid out and the amenities that we have, Lookout Mountain is primarily tourism, the Fort Payne Valley was originally the main manufacturing and industrial growth area and Sand Mountain was agriculture, but the area is starting to expand with more and more industry up there.”

From a logistical perspective, DeKalb County benefits from highway and rail infrastructure as well as proximity to major population centers and their various amenities in the southeastern United States like Chattanooga, Huntsville, Birmingham and Atlanta.

“We are sixth in the State of Alabama in interstate highway miles. We have I-59 that goes from New Orleans to New York, and Chattanooga where it picks up I-24 and I-75 which goes south to Birmingham and picks up I-20 and I-65 and goes on down into Mississippi and New Orleans,” said Durham of the connectivity the 43 miles of interstate in the county affords. Access to the Crescent Corridor, Norfolk Southern Class One rail service, in addition to the inland port in Huntsville and a marine port in Mobile, offers DeKalb an added logistical advantage.

DeKalb County also has room to grow. Fort Payne recently acquired 279 acres of land that is earmarked for economic development and there is a 321,000 square foot Alabama Advantage certified site ready to go – one of twenty-one sites in the state certified and move-in ready with the utilities and resources a company needs to operate.

“Fort Payne in the early 1990s built a 28-mile raw water line to the Tennessee River, a 24-inch water line, and were able to get a certificate for water withdrawal for 50 million gallons of water per day from the river,” Durham explained of the visionary move. Many years later, the U.S. Government prohibited interbasin water transfers but DeKalb County was grandfathered in.

Data centers have also found a home in DeKalb County, the first county in the state to have certified gigabyte internet service thanks to the forethought of Farmers Telecommunications Cooperative. “About ten years ago, Farmers quit putting in copper and started putting in fiber optics throughout the county and so they were set up perfectly so that when gig service became available, they were able to serve the entire county,” said Durham of the service which can support up to 40 gigabyte capacity.

Farmers Telecommunication Cooperative also put hotspots in cities across the county to improve access and connectivity. This is especially important for students who may not have internet services at home.

Indeed, there are countless investments being made in the infrastructure and capacity in DeKalb County, from internet to wastewater treatment facilities and everything in between. In DeKalb County, it’s not just about attracting jobs; the goal is to provide good opportunities and prosperity for residents, specifically young people who call the county home.

“We want to increase opportunities for our young people. We lose a lot of them when they graduate and move away and now we’re seeing a lot of the people who have moved away are wanting to come back here,” noted Durham, so DeKalb County is undertaking efforts to bring them home. “We were the first school to put promethium boards in every classroom and then we gave iPads to every student to take home and now we’re switching over from the iPads to Chromebooks,” Durham explained.

It’s also about letting young people know what kinds of opportunities are available in the county, and this achieved through events like Made in DeKalb, a county-wide partnership with the DCEDA, local and area chambers of commerce, local school systems and Northeast Alabama Community College. A total of 84 employers representing all sixteen of the local career clusters were present at the event and after six years running, Made in DeKalb has connected 12,000 students with potential careers through hands-on activities and networking. It also provides an opportunity for local businesses to work together and network.

Similarly, the Rising Leaders of DeKalb initiative is an opportunity for young professionals 35 years of age and younger to network and have an organization in which they can actively participate in the direction and future of the community. And education partners like the DeKalb County and Fort Payne school systems and Northeast Alabama Community College are helping economic stakeholders like DCEDA bridge the gap between education and industry to ensure workforce needs are being met.

Northeast Alabama Community College has a U.S. Department of Labor registered apprenticeship program that Business Retention and Expansion Director Pay Clay notes, “is something that is growing within the state. Currently, they have registered apprenticeship programs in machinist, industrial maintenance and construction [programs],” soon being expanded to included tool and die as well.

Registered youth apprenticeship programs are also available in the county, in addition to an early college enrollment program for students to achieve an Associate’s degree by the time they complete high school. State incentives like the Alabama Industrial Development Training Program also assist companies in getting started though training resources and support.

In every way, DeKalb County is a pro-business community that will not grow simply for the sake of growing. Growth and development needs to be strategic and must make sense for the community for the long term. This was demonstrated when a prospective investor came to town with the intent of building a 300-foot smoke stack.

“Those things just aren’t compatible here in our community. We look at it closely to see which [projects] would be compatible. We like having a diverse industry base and after going through the hosiery demise, diversification is extremely important to us,” said Durham. “That’s what we try to do: we want jobs but we want the right jobs.”

DeKalb County is a certified Silver level sustainable community by the Tennessee Valley Authority (TVA), a substantial partner in development in the region. It is home to companies like Mohegan Renewable Energy which converts scrap wood into pellets that can be used for heating and cooking. It opened in March 2018 and has a domestic and international sales reach. Working with economic stakeholders like TVA, utilities, education, and other economic development organizations in the region and the state, DCEDA will continue to partner to focus on attracting new investment and encouraging and supporting existing businesses in the county.

“We want people to get a good standard of living and we do this through hopefully bringing in new jobs and creating new opportunities for them,” Durham explained. While the future remains somewhat uncertain as the implications of tariffs take effect, DeKalb County remains optimistic and will make the most of any economic growth opportunities that come its way.

“We’re just trying to prepare ourselves for the future and any changes that might take place,” said Durham, who can rest assured that DeKalb County and its partners are doing their part to maximize opportunity and realize the potential of the county through investments in infrastructure, further economic growth and diversification, and workforce development. 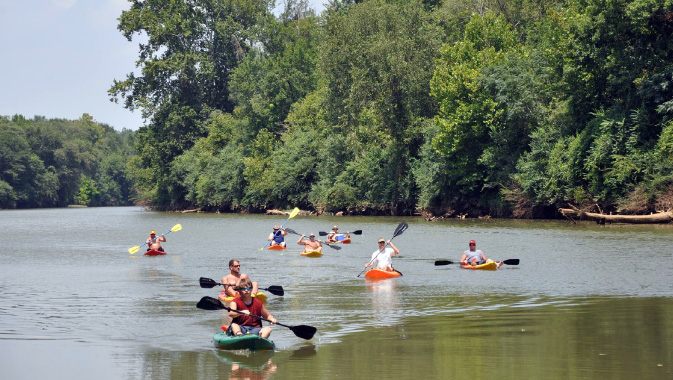 Working Together to Encourage Growth in Randolph County

Where the Economy and Partnerships Thrive