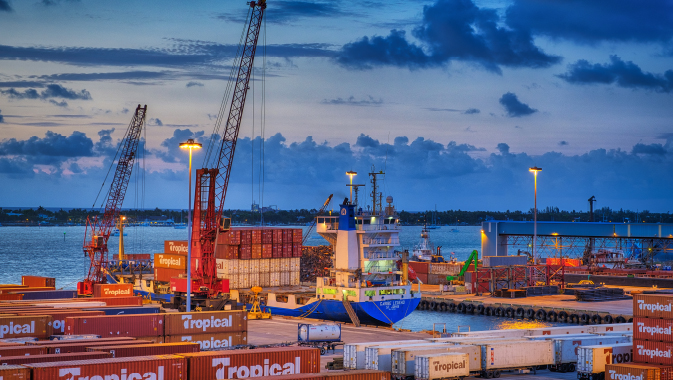 Located in Riviera Beach, Florida, the Port of Palm Beach is a full-service, diversified port, offering cruise and cargo services to more than thirty onsite tenants and users.
~
The port is open seven days a week, twenty-four hours a day and processes more than $7 billion in commodities, 2.5 million tons of cargo, and 432,000 cruise ship passengers annually. With more than $185 million in business revenue and $17.5 million in contribution to state and local tax revenue, the Port of Palm Beach is one of the largest economic drivers in south Florida.

When we asked Executive Director Manuel Almira, what he wanted people to know about the port, he answered succinctly: “Efficiency! I’ve been asked that question before,” said Almira, “and I always come back to that one word, efficiency.” He admits the 165-acre Port of Palm Beach does not have much space, but it makes efficient use of what it does have, and the results are really quite amazing.

The facility includes three slips with seventeen berths that can accommodate vessels up to seven hundred feet long and one hundred feet wide. The seventeenth berth, completed just last month, was designed to accommodate smaller ships, freeing up a larger berth for medium-to-large ships. There are seven roll-on/roll-off ramps on the west side of the slips and extensive warehouse space, which can handle diversified commodities.

“When you compare what we do with what goes on in the port industry where there are terminals much larger than ours by many acres, you realize that, although we have only a small footprint, within that footprint, we are very, very efficient,” said Almira. By contrast, the Port of Miami covers 518 acres, while the Port of Los Angeles covers 7,500 acres, but in the shipping and transportation industry, where time is money, efficiency, not size, is what matters.

Out of 360 commercial U.S. ports, Almira said the Port of Palm Beach consistently ranks in the top twenty. “It fluctuates, and sometimes we’re at eighteen or nineteen as the largest container port volume-wise, but where we’re number one in the U.S. is in the number of TEUs – that’s twenty-foot equivalent container units – per acre.”

In addition to efficiency, security is a major consideration, and so the port maintains its own field security staff, monitors the entrance with physical and electronic surveillance, and works closely with the U.S. Coast Guard, the Riviera Beach Police, and the county sheriff’s office. “We invest a lot in security, and we also work closely with customs’ border security who lease space from us and provide the service for disembarking passengers.”

One of the factors that affect the port’s efficiency is that it is a landlord port as opposed to an operational port. “This means we lease space, which can include land as well as berths, and at the end of the month, we put out our hands, and we get paid. It’s a similar arrangement to a building where there are individual apartments being rented or leased, and the lessee can paint them whatever color they choose,” Almira explained.

The trend toward landlord ports began about forty years ago and includes, among many others, the Port of Los Angeles, one of the world’s busiest seaports. Landlord ports appear to be the way of the future with several advantages including the fact that the port’s focus is on the stakeholders and the port infrastructure rather than on cargo handling and service. This allows customers more flexibility in terms of putting together a business model; the landlord is able to attract diverse cargo while simultaneously attracting cruise ships, and the costs of setting up terminal facilities can be a shared capital investment.

Almira pointed out it takes a ship only fifteen minutes to travel from the first sea buoy to dockage at the Port of Palm Beach. “There are some ports where it takes almost a day to get from the first buoy to berth and some who would kill for what we have. Shipping lines don’t like long waits, because, with every hour that goes by, it costs them more fuel, and this is where the saying ‘time is money’ really comes into play.”

For customers, having the option to choose the most cost-effective method of shipping their product is an important consideration. Easy accessibility to Interstate 95 and the Florida Turnpike is advantageous, of course, but Almira has other ideas about transportation methods, namely rail, which he believes offers enormous benefits.

“Imagine that, ten years from now, you’ve got to look back at what you did do and what you didn’t do (with regards to strategic planning at the port), and that for me is the signature for proper planning ahead, and I’m convinced that rail is the way to go. It’s not that we’ll stop using trucks, but as far as I’m concerned, the railroad is our unpolished diamond at this point, and one day it will be the most important form of transportation associated with the Port of Palm Beach. Traffic jams and highway accidents are growing exponentially, and those are the challenges the shipping industry will have to deal with.”

Recently the port received an $8.8 million grant from the Florida State Department of Transportation to be used for maintaining and expanding rail capacity. “We already have rail alongside the berths, and then we have our own short rail-line that runs outside the port to where it connects with the Florida East Coast Railroad, and there’s an interchange at that point, and then the cargo can be sent to its final destination. Other Florida ports cannot claim that, but we can. The grant will maintain and increase the capacity, and that’s part of our strategic plan on how we can become even more efficient in accepting cargo and putting it on its final mode of transportation, so it can reach its destination in a relatively short amount of time.”

Commodities or products arrive in the port in containers, brought in by multiple transportation modes – truck, rail, or barge to be loaded onto ships or vice versa, “and we also have a service that comes out of Canada that stops here before going to its final destination, and that’s called transshipment.”

McCain’s frozen French fries, produced from potatoes grown in New Brunswick, are shipped through the Port of Halifax, Nova Scotia, in forty-foot refrigerated containers, stopping at the Port of Palm Beach. Some product is distributed in Florida – Almira said he buys McCain’s fries at the supermarket and likes them – containers are transferred to another ship to be distributed throughout the Caribbean, while the original ship continues to St. Martin’s with the last of the load. “So, if you’ve eaten French fries at a Caribbean resort, there’s a very good chance they came from McCain’s in Florenceville, New Brunswick, and they came through the Port of Palm Beach.”

Unrefined bulk sugar is another commodity that comes through the port. It arrives by truck from the county west of the port where there is a huge agricultural sector, is off-loaded into a warehouse which has the mechanical equipment needed to load the sugar onto barges, and then it travels to ports in Georgia, Maryland, and Yonkers, New York to Domino Brand refineries. There is a huge economic advantage to shipping by barge as it would take fifty to one hundred trucks to transport what is on a single barge. There is also a secondary benefit, as barges are taking trucks off the Interstate, thereby reducing accidents and traffic jams.

As Almira explained, the sugar industry is a tenant, and the barge owner is a tenant, and they have a deal between each other, but the port provides them with the infrastructure and charges loading fees at rate of seventy-two cents per short ton, “but when you multiply that by the thousands and thousands, you see how the port makes money.”

Another tenant at the port is South Florida Materials, a company that imports asphalt, a by-product of petroleum, from Venezuela, and as Almira said, “use a chemical magic potion to make it smoother and stick to the prepared road surface, where it can last for years.”

In addition to the cargo shipments which include diesel, fuel oil, recyclable steel, molasses, and some miscellaneous shipments, the port accommodates cruise ships. “We have the Bahamas Paradise Cruise Line with two ships with daily itineraries, so every day of the week, there’s a ship in port, sailing to or back from Freeport. It offers a very short vacation, so you could sail out on a Friday afternoon and be back on Sunday morning, or you could choose the cruise and stay option.” The new Brightline passenger rail with connections to the port is currently operating along Florida’s Atlantic coast, and when it connects to Orlando, Almira says it will be ideal for tourists visiting the theme parks to come to the port and cruise to Freeport.

The port is actively involved in preserving marine life, and a coral relocation program involves moving coral growing on the pilings to an area outside the Breaker’s Hotel. This is important, Almira said, “because coral is the genesis of marine life and all seafood, and we are very sensitive to the need to preserve it.”

Sometimes, sea turtles swim up to the berths and port staff have rescued turtles in distress and brought them to Jupiter where a marine center eventually releases them back into the water. “Another thing we do is protect the manatees. We install fenders that are about five feet by three feet every ten to fifteen feet, in the event a manatee is caught at the berth as a ship comes in. These fenders provide a fairly decent space, so the manatee can rest because, in the past, there were times when ships had to wait in order for these mammals to leave in order to avoid an accident.” The Port of Palm Beach also has an unusual manmade feature: the Cold War-era John F. Kennedy survival bunker on Peanut Island in the Intracoastal Waterway.

Three thousand jobs are directly linked to the port, based on the federally issued Transportation Workers Identification Card (TWIC). “I think we have the right formula for the port, and we have good people as part of our team, so that is a huge plus,” Almira said.

As a boy, Almira was living in Cuba, surrounded by sugar plantations, with his parents and sister. He dreamed about being a truck driver because he was always fascinated by transportation. Little did he think then that someday he would be director of a port, dealing with both sugar and transportation. “I’m fortunate and blessed.” 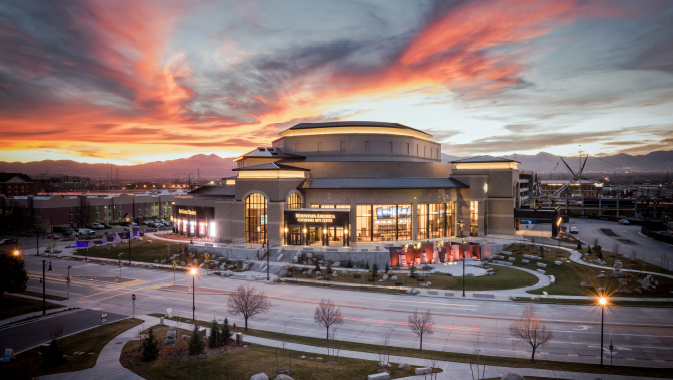