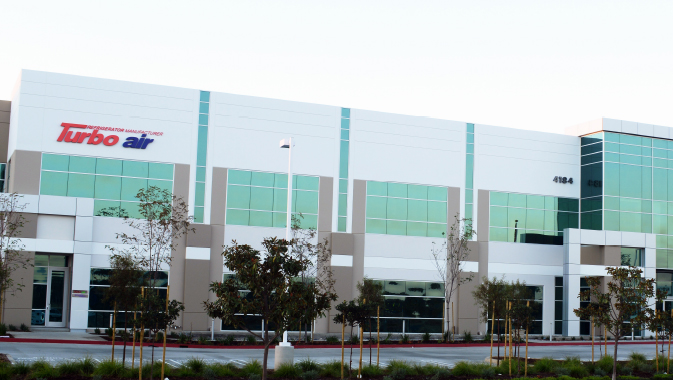 The items in question are proprietary, and Turbo Air takes pride in developing its own product line. Turbo Air’s goods are sold through a network of kitchen equipment suppliers and dealers.

“We don’t sell directly to end users. We go directly to the dealers, and we do not have distributors,” says Blinson. Given that the company has recently added new products, new branches, and new employees, this approach has clearly been a formula for growth.

At present, Turbo Air has thirteen warehouses in cities such as New Jersey, Dallas, Chicago, Denver, Atlanta, Miami, and Houston. Warehouse facilities in these locales stock a huge amount of inventory. “We carry about $45 million to $50 million worth of product at any given time so that we can ship out same-day or next day, so the customer can receive it within one to two days,” states Blinson.

While most of the company’s goods are sold to American clients “we have a ton of customers overseas as well,” he continues. Indeed, Turbo Air has operations in China, South Korea, Australia, and Dubai. The company sells to over sixty-five countries around the world. “We’re in the process of setting up an office in Japan and one in Great Britain,” says Blinson. “We’re building a production facility in Vietnam and our plans are to have a sales office there eventually.”

Customer service is provided by a team of licensed refrigeration technicians, some of whom are office-based, while others work in the field. Office-based technicians can “walk [clients] through what to do to correct a situation on a service issue,” says Blinson. That is only half of the story, however.

“There is one thing we’re doing that I’m not aware any other company out there is doing. We have 32 Turbo Air Employees that are licensed refrigeration technicians who are well-versed in our products that service our products nationally. Our Turbo Air Techs have parts on their trucks, eliminating parts shipment delays so service calls are completed in a more timely manner. If one of our techs sees something that isn’t one hundred percent correct, they can take photographs of it to quickly get it to our warranty department. They funnel it to production quality control and the issue is corrected in the production process immediately. This helps improve our quality of our products. We also utilize the same 2500 to 3000 service companies that other commercial refrigeration suppliers use if our techs can’t get to the service call in a timely manner,” he adds.

This dedication to customer service is reflected in the company’s code of conduct. The code cites the company’s responsibilities, in order of preference, to customers, employees, shareholders, and the community at large. Blinson sums up the code like this: “We try to conduct our business very honestly and ethically and basically treat people like we want to be treated. We try to give them the best product at the best price we can and make sure our customers are happy.”

As part of its mission to treat people decently, the company established the Turbo Charitable Foundation Scholarship Program in 2011. Each year, the company gives grants to “anywhere from forty to fifty students” selected from the Turbo Air’s dealership base, says Blinson.

The scholarship program “is for our customers’ employees,” he adds. Scholarships are handed out based on grades and needs of these full-time students already enrolled in college or university.

In addition to providing excellent product support, Turbo Air is constantly working to innovate and improve its goods. The company developed a self-cleaning condenser system for refrigeration equipment, for example, that features an automatic condenser cleaning brush. This system is designed for environments where dust might be an issue, due to heavy foot traffic.

“Eighty percent of compressor failures are due to not cleaning the condenser coil. You have to keep it clean so it runs efficiently and correctly. So we have a brush in the refrigeration section,” says Blinson. This rotating brush goes up and down roughly three times a day over the coil “to eliminate all of the dust and the dirt that clogs up the airflow,” he explains.

Turbo Air’s fan controller ensures that the “fan is cut off when it’s not needed,” he states. Besides preventing heat build-up, this feature helps clients save energy.

Turbo Air’s use of a built-in alarm system in its glass-door merchandisers and food-service uprights is also unusual. “Most competitors don’t include high temperature alarms. The Turbo Air early warning system sounds an audible alarm if the unit is in danger of breaking down,” says Blinson.

“At first, it was just our headquarters; then we decided to build a different model and be in the markets where our customers are. We go to market through a dealer network, rather than distributors.”

The company is currently completely minority-owned, he adds, noting that some larger retailers “like to push purchases towards minority-owned businesses, and that’s what we are.”

At present, Turbo Air has “just a little over 1,000 employees worldwide,” says Blinson. The number is up from around 925 personnel last year at this time. “We’ve added some production and continue to add products,” he says, of the expanding workforce. Regarding new hires, “we naturally want the most experienced and best-qualified people,” as well as individuals who fit in with the firm’s family atmosphere. “We try to run a family-type of business where we take care of everyone. We all pull together to make sure we get the best outcomes for our customers and ourselves,” he adds.

Part of these outcomes are due to the company’s a large, highly qualified engineering department. “Most of our competition have four to ten engineers. We have eighty-one licensed engineers. Our products are very well-engineered,” states Blinson.

They are well-tested too. Some manufacturers are content to do spot-checks, pulling a handful of items from a production line each week and testing them. If this small sample meets certain criteria, the entire production run is deemed up to standard. By contrast, Turbo Air “runs tests on one hundred percent of everything that comes out the door,” says Blinson, adding that this is backed up with compliance to ISO 9001 quality control standards.

The company’s family-oriented ethos extends to its suppliers. Turbo Air likes to establish preferred vendor arrangements involving long-term relationships with specific suppliers who live up to the company’s standards and meet industry qualifications.

Turbo Air routinely takes part in industry trade shows. This May, for example, the firm attended the National Restaurant Association (NRA) show in Chicago. In addition, the company runs ads in online and print-based media outlets and engages in some social media.

However, Turbo Air is facing some difficulties, particularly on the economic front. “These tariffs don’t help … Hopefully, the tariffs will be negotiated away, but until they are, it’s a challenge,” says Blinson.

While the politically-charged issue of tariffs gets sorted out, Turbo Air continues to harbor big ambitions for the future. The company is working on new products. Of which Blinson cannot yet offer details. He can say, however, that the firm has every reason to believe its upwards trajectory will continue.

“Our goal is to become one of the largest manufacturers in our segment. Five years down the road, I would think we’d be around $500 million,” says Blinson. 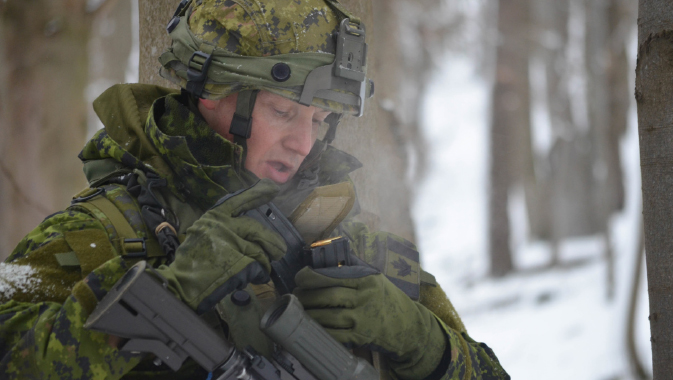 Protecting Those Who Protect Us