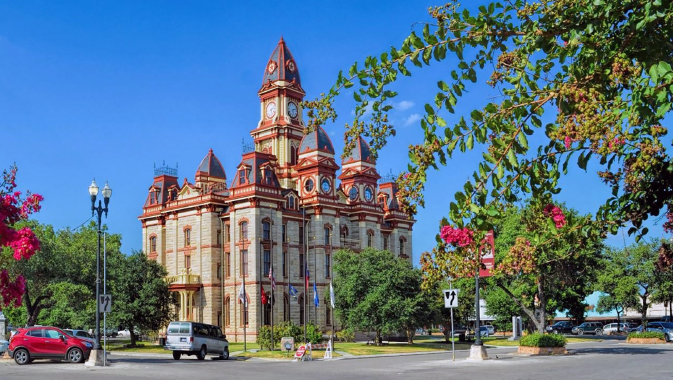 Lockhart is a city of more than 13,000 people in the rural county of Caldwell in central Texas. The city is in the very middle of the rapidly growing corridor connecting Austin and San Antonio and barely thirty minutes from each of these two metropolitan centers. The Lockhart Economic Development Corporation (EDC) is working to realize some of the logistical advantages of its fortuitous location.
~
“The corridor that we’re in,” says Director of Economic Development Robert Tobias, “not only connects Austin and San Antonio along I-35, but it’s also easily accessible to Houston, which is on I-10. A lot of companies have relocated to the area for logistical reasons because they have access to these growing markets.”

Lockhart is also next door to San Marcos, home to Texas State University, and considered one of the best values in the country for higher education. The university is a primary economic engine, with over 30,000 students, and contributes to the entire region by developing the workforce and commercializing the results of research projects. The Lockhart EDC works closely with the university to assist in forming start-up businesses that use technology developed through university research to benefit the regional economy.

The University of Texas is in downtown Austin, within 30 minutes of Lockhart, and Texas A&M University has several extensions throughout the state. Connections to these universities are extremely important, and the Lockhart EDC is taking lessons from its metropolitan neighbors regarding how to best apply these educational systems toward economic development. “There are a lot of lessons to learn from big cities that we can incorporate into smaller cities like Lockhart,” says Tobias.

In 2017, the EDC was directly involved in thirteen projects – six of which were manufacturing oriented – that together produced nearly 250 jobs and attracted over twenty million dollars of investment. In 2018, it has, so far, been involved in seven projects that represent 480 jobs and fifty-eight million dollars of investment. 2017 was a good benchmark, but the work the organization has done over the last year has significantly improved the rate of growth in the local economy.

The primary reason for this increase, according to the Lockhart EDC, is a more effective strategy for marketing the community, and its location in particular. The I-35 that connects Austin and San Antonio is often associated with high levels of traffic congestion. One benefit of Lockhart’s location is that it has access to state highway 130, which also connects both cities, but with a speed limit of eighty-five miles per hour and without the congestion.

Along this roadway, there are four major intersections with more than one thousand acres of undeveloped, mostly-shovel-ready land. The EDC plans to cluster this into a mix of industrial or commercial development lots for prospective businesses. It is working with the Greater Austin Chamber of Commerce and the Greater San Marcos Partnership to ensure that, while the two groups are working to attract businesses to the area, the EDC has sites available on which to build.

Lockhart was designated in 1999 as the “barbecue capital of Texas,” a designation that attracts more than 1.5 million tourists per year. The city has four large barbecue restaurants that contribute to this legacy and receive visitors from all over the world. “When the Austin Chamber or the Greater San Marcos Partnership are previewing the region with prospects, they’re coming from all over the world to experience Texas, and one of those experiences is eating barbecue,” says Tobias.

Lockhart’s historic district contains one of the most photographed courthouses in the state. The Caldwell County Courthouse was built in 1894 with beautifully ornate square domed towers in the Second Empire architectural style, with a stunning clock tower in its center. The courthouse is an important aesthetic feature to the historic district, but the true history of Lockhart can best be seen in its strong western culture.

While much of the region is focused on following Austin in the race to the technological forefront, Lockhart sees the value of embracing its roots. Innovation and forward progress are important aspects of the EDC’s approach, but the community is making a dedicated effort not to lose its tradition and culture along the way.

Lockhart is a part of the Chisholm Trail, used after the Civil War to drive cattle overland from Texas to where they could be loaded onto trains in Kansas. Chisholm Trail is so significant to the history of the old West that more than two dozen movies have been made on the subject.

The city is also in a location with springs dotted just north of the downtown historic district and at one time the City was named Lockhart Springs. Texas State University owns Aquarena Springs, which it has developed into an amenity for the community and visitors that come to the area. Lockhart is working towards exploring how to redevelop its springs. “When you have these water features like springs, it can be of great value to attracting visitors and can create wonderful redevelopment opportunities,” says Tobias.

One of the most important initiatives on which the Lockhart EDC is focusing is workforce development. It is working closely with the school district to better prepare students with the goal of providing them more internship opportunities. Exposing students to potential career paths through these programs helps them to make more informed decisions in the future, and a better-informed workforce is a more effective workforce.

The Austin Community College (ACC) that serves Lockhart is one of the premier community college systems in the country. The EDC is currently working with this organization to establish a vocational program in Lockhart that will help high school graduates who aren’t interested in pursuing post-secondary education develop the skills to find a career, but will also focus on improving the skills of the adult community and opening the door for greater employment opportunities and incomes.

Currently, Lockhart has a population of 13,500 people, and almost seventy percent of the workforce commutes outside the region for work. “Many of them want to continue enhancing their skills, but by the time they get home, get washed up, and get ready to go to campus, not having that campus easily accessible keeps many of them from continuing their education,” says Tobias. The addition of a local vocational campus in Lockhart’s downtown will vastly improve the quality of the workforce by increasing the number of working adults who can advance their education, find higher paying jobs, and add to the economic vitality of the community.

In addition, the EDC is working on projects now that are introducing state-of-the-art agricultural innovations. These include sustainable farms, greenhouses, hydroponic technologies, and LED lighting that can help plants grow faster in controlled environments.

Many of Lockhart’s largest businesses have found that, rather than having a location in San Antonio and another in Austin, they can achieve economies of scale by having a single consolidated site in Lockhart and taking advantage of the cost savings that come with its access to the region via an outstanding transportation network of I-35, SH-130 and I-10.

Being in a rural county, the Lockhart EDC can use the Texas Capital Fund which has grants that help to extend utilities and infrastructure such as sewer, water, roads, communications, and electricity to sites that are attracting industry. Beyond grants, there are also tax credits available for locations in the region designated by the state as New Market Tax Credit areas. This makes tax credits available to redevelop tracts of land for industrial and commercial projects. The EDC is currently working with a large-scale prospect which chose Lockhart because of the tax credit, demonstrating how valuable these incentives can be.

As a result of the recent federal tax reform, the US Department of the Treasury designated areas around the country as Opportunity Zones. A significant portion of Lockhart falls into this category. This designation provides capital gains advantages, and the EDC expects that it will increase investment within those areas. “We’re seeing more and more companies that are leaving larger urban cities because it’s becoming more costly to do business there,” says Tobias. “We’re working to make our incentives more effective than other communities have done. We want quality development over quantity, because we think, over time, it’s more sustainable.”

Recently, Governor Greg Abbott said Texas is open for business, and Lockhart embraces that ideal. The EDC conducts pre-development meetings every week to introduce businesses to the city staff so that they can help with permitting, infrastructure, and anything else that might be a challenge without assistance. It works with state agencies to find programs that can help facilitate development. The Lockhart EDC is working diligently toward building a fantastic region of growth that offers a high quality of life.

“We’re open for business and prepared to be good partners in development,” says Tobias. 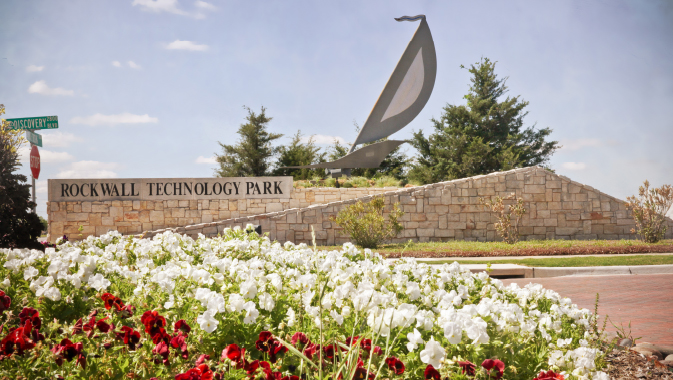 How One North Texas Community Is Investing in Its Workforce