For almost 15 years, the Kandiyohi County and City of Willmar Economic Development Commission (EDC) has been working hard to serve as a catalyst for economic growth in its region. In 2017, Business in Focus took a closer look at this dynamic organization and all of the great initiatives the EDC was working on in partnership with other sectors to make the City and County a vibrant and attractive place to live and do business.
~
Now, #KanDo is the new Vision 2040 hashtag to bring attention to events in the Willmar Lakes Area this summer. #KanDo for business and economic development supports the success of the Kandiyohi County area.

A quick snapshot of the region shows that the City of Willmar itself, which represents about 48 percent of the population of Kandiyohi County, recently passed the 20,000 population mark for the first time. The city’s population has also become more diverse, with over 21 percent Latino and six percent East African residents.

Willmar also represents about 70 percent of the jobs and payroll in the county, and 1800 of those jobs were added in the past five years. Over 90 percent of those new jobs are based in Willmar, and all of them have meant an impact on the housing market. There is only a 2.8 percent vacancy rate for rental housing.

The EDC uses the slogan “Open for Business” as a means of inviting prospective companies to come and take a look at all that it has to offer. It has been a successful campaign that resulted in many development projects being launched. When we spoke with them one year later, what we found is that many of those projects are now in fact “open for business.”

Some of these projects include the new 600-student Lakeland Elementary School; the 29,000 square foot Carris Health Surgery Center; Schwieters Chevrolet of Willmar car dealership; West Central Steel’s new 85,000 square foot facility; and the Little Crow Resort, a newly constructed $7.8 million facility that opened this past June. This resort is in fact poised to be a great year-round destination with 51 hotel rooms, a 300-seat convention center, a 75-seat restaurant, and a golf course.

These projects, in conjunction with others, have resulted in just under $103 million in permit value for construction for the county, a 22 percent increase over the previous two years.

This year, the growth continues with new projects, including Urban Escape Boutique, an $865,000 retail project in Spicer; the $400,000 Midtown Plaza – a diverse business center which opened in January; and three new Kwik Trip convenience stores and gas stations. The EDC is also working with CBRE Group Inc., a worldwide commercial real estate company that is working with a prospect considering a new 100,000 square foot logistics facility.

The major employers in the region remain constant, including Jennie-O, which employs over 1,600 people and the newly-formed Carris Health, the result of a partnership between Rice Memorial Hospital, CentraCare Health and ACMC Health. These three facilities deliver healthcare to West Central and Southwest Minnesota, and employ over 1,000 people.

Prosperity, however, often goes hand in hand with challenges, and while the EDC is pleased with the overall growth in Kandiyohi County, it is concerned about the agricultural sector and the impact that low commodity prices are having on the economy – in particular, soybeans and corn. The region is the third largest soybean exporter in the U.S., so when export prices are impacted, a ripple effect can be felt throughout the economy as a whole.

But the EDC is not deterred by these ripples; in fact, it has embraced the challenges by strengthening the partnerships it has built with local businesses with an eye toward workforce development initiatives and with the local community and technical college, Ridgewater College, on attraction and retention initiatives. The EDC is also working with partners and developers on a $9.4 million affordable housing development.

We spoke with Aaron Backman, Executive Director of the EDC, Connie Schmoll, the EDC’s Business Development Specialist, and Sam Bowen, Dean of Customized Training and Continuing Education at Ridgewater College about the exciting initiatives they have been working on over the past year.

“We work hard along with the EDC and other entities in trying to keep students local once they complete school so that they become a part of the workforce, and for others to return once they are done with that educational pathway,” explains Bowen.

“We are part of the Minnesota State College and University System. As such, that state public higher education system is one of the largest in the country, and as a member of that we have a lot of opportunity to bring knowledge and resources to bear at a local level,” says Bowen. “Not many communities this size have the opportunity to leverage the strength and the resources of seven large state universities and more than 20 two-year community and technical colleges all here locally. So that’s a pretty important facet and pretty important driver of our economy, and an opportunity for us to leverage those resources.”

The MinnWest Technology Campus has been one asset that is helping to retain graduates. A new co-working space on the campus called WORKUP, featuring the latest technology and broadband services, quickly became a hub for entrepreneurial thinkers of all stripes.

“It offers a relaxed environment that our Millennials and Gen Xers are really attracted to,” explains Schmoll. “They share with one another their marketing expertise, and when they have an issue or a problem comes up, everyone in the building gets together and helps problem solve together. It is a very collaborative environment that is attractive to young people launching new businesses.”

The Kandiyohi County Creating Entrepreneurial Opportunities (KCEO) program is another initiative that the EDC has been leveraging for workforce retention. This program offers high school juniors and seniors the opportunity to learn how to start and run a business firsthand while they are in school. Over 50 businesses are member partners of the program, which is significantly higher than other chapters of the program across the country, whose average business participation is 20 to 30. This program also carries college credits at Ridgewater College, building incentive for students to study and stay local.

“We’re trying at Ridgewater to leverage the state’s post-secondary enrollment options program in partnership with our local high schools or regional high schools. This option delivers more and more college-level class programming at the high schools that have college credits tied back to Ridgewater. This is an additional incentive for students to stay around here to hopefully become a more well-established part of our workforce,” explains Bowen.

Another important asset to local businesses that is helping to bridge the gaps in the labor force is that Ridgewater has a very robust non-credit customized short-term training wing where it provides training across virtually every industry – from agriculture, to manufacturing, to public safety, to healthcare, to transportation.

“Our customized training department at Ridgewater College has been busy working to partner with local businesses and organizations to address the dire need for a strong workforce,” says Bowen. “As such, the employers are looking for more and more creative ways to build their workforce, specifically a skilled and trained workforce. We are trying to take what we are learning from all of these partnerships to continue developing customized short-term entry level learning programs. The process has the potential to lead to great career earnings or education.”

When I asked Backman, Schmoll and Bowen what they feel makes Willmar so special, it was evident that they truly enjoy the work they do because they are committed to the region.

“Having been working in this field for 25 years, I have been able to compare it with other communities that I have served in and there are several things that jump out at me,” says Backman. “Number one, we have creative people here that do interesting things. For instance, a company called DI Labs, Inc. run by three brothers has the largest 3D printer in the state of Minnesota. And if you look at the MinnWest Technology Campus, there are 65 engineers who work for different companies on that campus of over 30 private companies; they have created over 200 patents and their companies work worldwide.”

Backman cited other examples like Nova-Tech Engineering, which boasts products in 49 companies around the world, Simply Shrimp, which is growing shrimp inside an old dairy barn, and Lettuce Abound, growing lettuce using aeroponics. He also talked about the Highway 23 Coalition, an organization that is working on the second longest highway corridor that spans the state of Minnesota. In the past year, the Coalition secured a $105 million appropriation for improvements.

The volunteerism that occurs here is another thing that has impressed both Backman and Schmoll.

“We have a great quality of life here in Willmar,” continues Schmoll. “We have trails and lakes and parks and playgrounds. We care about our small businesses and our large businesses. We have diversity and we value the diversity in our community. Diversity offers a variety of food, celebrations, events and storefronts that are all part of a strong community.”

Bowen went on to add that, “We have big city features with a small town community feel. We’re the best of all worlds here in Willmar and we’re a great business community and a career and educational opportunities community.” 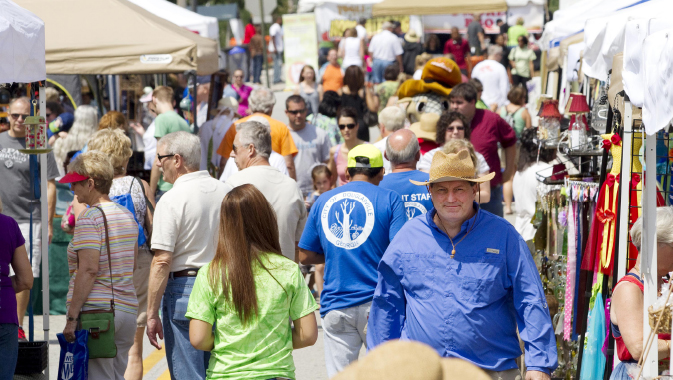 Doing Business Outside the Lines