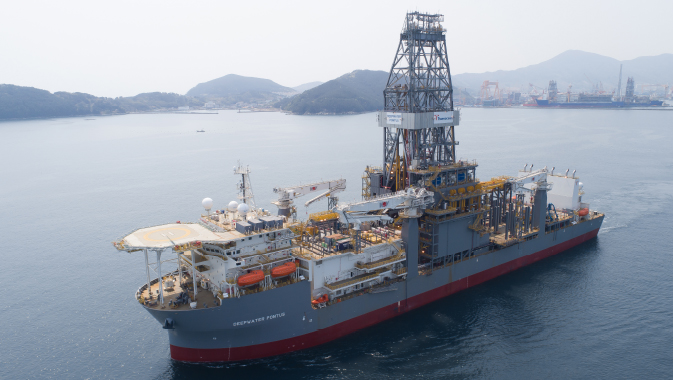 Aspin Kemp and Associates (AKA), established in 1996 by co-founders Jason Aspin and Neale Kemp, has its corporate headquarters in Montague, Prince Edward Island. Although a small company of 110 employees, it has developed strategies to address the world’s need for energy efficient power and propulsion systems. And AKA does so with efficiency and operational excellence in every project.
~
Accounting for only 0.1 percent of Canada’s land area, the island of Prince Edward Island may be the country’s smallest province, but do not let this give you any preconceived notions about its ability to be a key player on the world stage. Prince Edward Island calls itself the ‘Mighty Island’ for valid reasons, not the least of which is its diverse and innovative economy, of which Aspin Kemp and Associates (AKA) is proving to be a substantial component.

This systems integration and engineering firm provides power and propulsion solutions to the marine and offshore oil and gas industries. AKA operates in five North American centres with international offices in Bulgaria, China, and Singapore.

Since 2013, the company has grown in size and capabilities; it has increased its manufacturing space by five times, doubled its workforce, tripled its equipment, and doubled its revenue. “We’ve grown in our product offering. We’re now offering land-based power systems which we didn’t five years ago,” Tobia Wiedemer, the company’s business development specialist, says.

“We’re exposed to international markets with respect to marine propulsion and land-based power systems to a much greater degree,” Mike Bonga, senior marketing manager adds. “The biggest area of growth has really been our partnership with MAN, one of the world’s largest engine manufacturers.”

Multinational MAN Energy Solutions, formerly known as MAN Diesel and Turbo, is headquartered in Augsburg, Germany and produces diesel engines and turbo machinery for use in marine propulsion, stationary systems, and power plants. MAN acquired forty percent of AKA in June 2017, and it is this partnership which “has brought us a lot of new opportunities,” says Mike. “MAN has opened us up to a world market and allows us to expand our product base throughout MAN’s international sales network.”

AKA acknowledges that client needs differ depending on the particular project, requiring varying applications of system integration. “There’s definitely a certain amount of coaching and learning that we go through with each client’s scenario,” says Mike. “I guess that’s where we add our value.” Each project requires design solutions that “will bring clients to their goal.”

“We’re not in the game of methods that have no business case for hybrid or electric propulsion,” Tobia says, noting that if a client’s idea is not workable, AKA, “will clearly demonstrate that.”

Any changes or updates to plans can easily be accommodated since AKA will be involved in the design, building, and implementation. “We already have all the plans at hand and can easily adjust to whatever needs to be changed or other requirements,” she continues.

“AKA is not interested in selling you something that you’re not going to benefit from. All of our systems are customized to clients’ needs and to the efficiencies that we can create on every individual application. We are always interested in reducing operational costs such as fuel, reducing emissions, and increasing safety and reliability,” she says.

With its ISO 9001 certification, AKA has a quality management system, “that defines our delivery expectations,” says Mike. “We have to follow our own processes, and those processes are quite detailed, and they have time expectations – milestones that we’re supposed to meet – through the process of doing a project.”

This certification transfers all of AKA’s processes into enterprise resource planning (ERP) software which is used to monitor its project costs and timelines. “These are pretty standard software tools,” he continues. “Ours are clean and tidy and very effective for our operations.”

Green – or clean – energy and sustainability in all its sectors has always been a primary concern for AKA, and it views this as an essential part of its corporate responsibility. “We’re putting our money where our mouth is,” says Mike. An example is AKA’s manufacturing of a microgrid that includes a substantial solar farm installation in its own facility. “So we’re putting our own technology [in] our own factory,” he says.

Placing this microgrid technology in its environment enables electrical generation and storage which subsequently minimizes power usage by other grid suppliers such as power companies. This gives some autonomy and self-sufficiency from those suppliers. “You can do a microgrid anywhere, pretty much, but there are business cases that make most sense,” says Tobia. She explains that such cases may be in instances where high peak power is only required at certain times or in northern communities with an undersupply of power from a grid. In the latter scenario, a microgrid would reduce dependency on a diesel generator, for example.

Tobia also explains that if a client is only considering solar energy, that is not something that AKA has done thus far with its biggest clients. “All of our technologies that we provide, whether it’s power propulsion systems onboard vessels or land-based, is always with the intent of saving fuel, increasing reliability, and reducing operating costs by saving fuels and reducing your emissions.”

“It’s inherent in the work that we’re doing with all of our clients and all of our projects,” Mike adds. “Our motivation is to reduce fuel consumption and operating costs. And that’s green.”

In 2017, Jason Aspin received the Dynamic Positioning (DP) Committee’s operator award for distinction. The award is presented for, “safer, more reliable, and fuel-saving technologies for the DP industry specifically,” explains Tobia. Also, last year, the company was a winner in the category of innovation by Natural Resources Magazine’s industry excellence awards. And in May, 2018, Jason was inducted in to the PEI Business Hall of Fame. Tobia believes he is one of the youngest people on the Island with such an achievement.

Expanding a company’s footprint is no easy task and comes with its own set of challenges. Mike relates that the challenge has been AKA’s degree of growth from a small company to one with “substantial global operations … putting the systems in to place [and] going through the ups and downs of project flow and all that’s associated with that,” and “building something from scratch in a relatively short time.”

But AKA is well-equipped to do just that with its highly-skilled team and their knowledge. The company is, “offering the same systems as very, very large established companies,” adds Tobia. In this global marketplace, AKA’s distinguishing factors are, “our small size, flexibility, and adaptability to actually find something that best suits each individual applications needs,” Mike adds. “We’re proud to be focusing our home base in Prince Edward Island. It’s a good place to be. We’re pleased with our success, and we’re pleased to be a part of the maritime culture.” 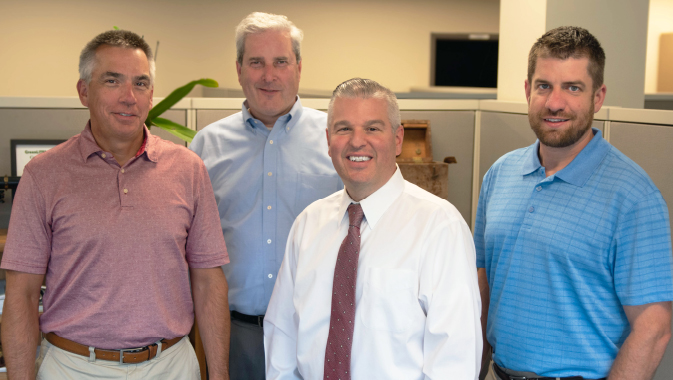