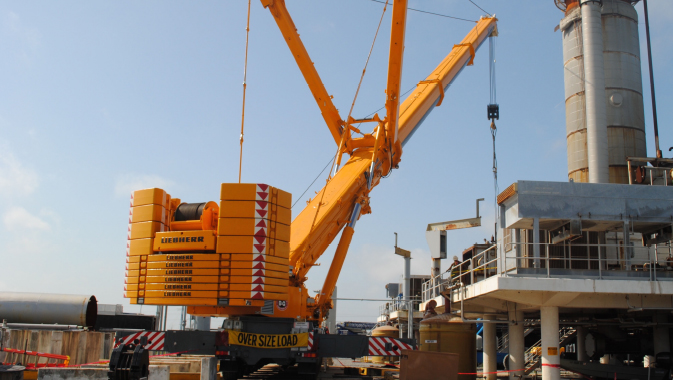 For a company to be successful and stay in business for over seventy years, it must have learned more than a few things along the way. B&G Crane Service, LLC has fine-tuned its services over the decades and is respected by its many clients, including industry titans like Exxon Mobil – the world’s biggest publicly-traded international oil and gas company – Phillips 66, and others who value B&G’s steadfast commitment to safety, maintenance, and reliability.
~
B&G Crane Service is unlike many others in the industry, for good reasons. The company operates and continuously updates a massive collection of over 150 cranes with capacities ranging from four tons to a staggering 825 tons as well as a supporting fleet of over one hundred vehicles.

B&G has a team of 350 to 400 employees depending on workload and proudly serves clients throughout the Gulf Coast and southeastern United States construction sector from its New Orleans-based corporate headquarters and branch offices in Baton Rouge, Beaumont, and Baytown.

The company started with just one crane when it was founded in New Orleans in 1946 by Xavier Grilletta, Senior and his brother-in-law Louis Bronzo. It has undergone changes over the years, including Grilletta purchasing Bronzo’s stake in the business in 1971. The company still has three generations of family involvement, led by Vice President of Operations Xavier ‘Trip’ Grilletta III.

In 2010, the company took another step forward when The Sterling Group of Houston purchased a majority interest in the crane company, which enabled B&G to broaden its services considerably into Beaumont and Baytown in Texas.

B&G not only owns and upkeeps all of its gear, but it also purchases everything new, with no pre-owned equipment or machinery, to be able to uphold quality, safety, and accountability.

“Every bit of our assets are bought new,” says Alex Harrell, who has served as the company’s executive account manager and business development manager for the past two years. “They are maintained in-house, and the service records are impeccable. That’s something that we really pride ourselves on.”

Harrell calls B&G’s operations department “the heartbeat of the organization,” and says that the company’s respect for its equipment really shows, especially when compared to the competition. The team members are meticulous about keeping their equipment in top working order. Mechanical components are professionally maintained, and equipment is washed and waxed, representing pride in ownership and the company.

“Our operators, when they have their cranes – because they are not switching from crane to crane – that’s their office, and they take pride in that. They spend a lot of time there. And because of the servicing that we do on these cranes and the way that we take care of them, we are really able to maximize the life of them,” says Harrell.

B&G has gained vast experience over the decades and is knowledgeable about the type of assets it purchases and careful about how they are treated. It does not rent out its equipment to other companies, as it realizes not everyone will treat its property with the respect and care it deserves. In fact, the company is so proud of its equipment that it often tells customers they are more than welcome to come by the yards and check out the facilities and equipment for themselves.

Although the industry has faced its share of challenges, much of it due to the downturn in oil in the past two years, B&G Crane Service sees the market turning around. It is in the process of securing new accounts and serving existing accounts and continues to look for different areas of future potential growth throughout the Gulf Coast.

Although B&G, like others, has experienced its share of hurdles over the years, it remains extremely confident. Its small executive team keeps a high retention rate among its employees, and the majority of people on the operations side – crane operators, riggers, heavy haulers, and others – have a good deal of experience.

“It is definitely a competitive market, and a lot of people are out there trying to capture what type of market share they can get, and trying to hold onto it,” says Harrell. “Industry-wide, there have been challenges. It’s a very competitive market. So you’re seeing a lot of companies and different facets of this side of the industry really having to sharpen their pencils.”

And although a number of other companies have held off on maintenance, turnaround, and capital work over the past year, B&G is seeing a steady increase in business, particularly on the heavy hauling side. Much of the company’s success is the result of honed business practices, making sound investments in quality equipment, and hiring the right people for the job.

Everyone realizes he or she has a job to do, and the roles at BG& Crane are specific, with operators being operators and riggers being riggers.

The company has an outstanding safety record and runs its own safety council. Even industry veterans who have worked elsewhere come to B&G to receive extensive training to ensure they are brought up to both industry standards and those of the company.

B&G played a significant role in ExxonMobil’s multi-billion-dollar expansion of its facilities in Baytown, Texas. The expansion created over ten thousand construction jobs, another four thousand jobs in nearby communities, and 350 permanent positions, and will boost regional economic activity by about $870 million annually.

As the major crane provider and heavy hauler for the works, B&G was on-site for about eighteen months and also assisted in building all the furnaces as well. Work on the massive project wrapped-up earlier this year. “We were a big part of doing the critical lifts, the heavy work,” says Harrell.

B&G has earned a stellar reputation with Exxon and many other clients throughout the Gulf Coast, Louisiana, and Texas and is known industry-wide for its top-quality work, service, and safety protocols.

Customers have kept coming back to B&G for over seventy years because they know what they are getting: professionalism from start to finish.

The company envisions solid, steady growth in the coming years. It thrives on consistency and having an flawless account manager process in place, which separates B&G from many other organizations.

“All of my account managers/lift specialists are not just salesmen. They are very proficient in lift plans and CAD work,” says Harrell. “They are there from the start, and that’s a really big difference with us. Whenever your organizations are calling, they don’t have to contact five different people to get one question asked. They can call our account managers – who have years of experience and operation time as well – so they are able to get everything they need in an efficient amount of time.” 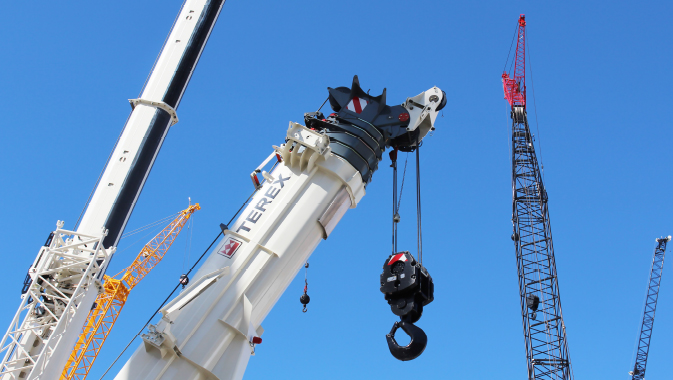