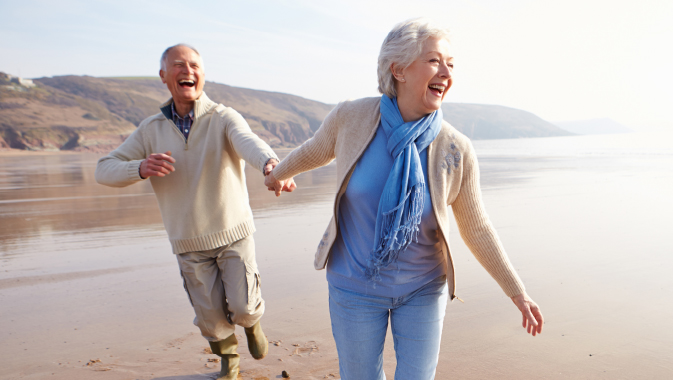 Tales of a ‘fountain of youth,’ able to restore health and vitality, go back thousands of years to ancient Greek historian Herodotus who first referred to these miraculous waters. Inevitably, an ambitious few would seek out this magical fountain and its rejuvenating properties. The best-known remains famous Spanish explorer and conquistador Juan Ponce de León (1460-1521) who accompanied Christopher Columbus on his second voyage to America.
~
Ponce de León heard a story from Native Americans of a ‘fountain of youth’ that could literally stop time and bring back youth. The famous explorer never found the fountain of youth, but his odyssey continues to inspire artists, writers, and musicians.

Although the mystical fountain’s key to immortality does not exist, many of us are living longer, with an average life expectancy of 82.14 years in Canada and 78.76 years in the United States (depending on gender and location).

There are many reasons why we are outliving our parents and our grandparents. In developing countries, average lifespans have more than doubled, thanks to improvements in antibiotics, healthcare, and hygiene. Factors include drugs, gene therapy, dramatic advances in medical technology, and organ transplantation.

It was considered a rarity at one time to hear of someone celebrating his or her hundredth birthday. Many octogenarians and nonagenarians are still living full lives. Even in good health and with medicines to combat heart disease, diabetes, and other illnesses, older people may require daily assistance for tasks many of us take for granted, from opening a jar to taking a shower, preparing a meal, or cutting the lawn.

In the past, it was common for extended families to live in the same house, with children taking care of their aging parents and grandparents for years until they died. Early nursing homes, such as Boston’s Home for Aged Women, were exclusively for single women of limited financial means. Options were limited, and these places for older women were a step up from the dreaded almshouses or ‘poorhouses’ – originally extensions of churches – for the elderly and widows. Often terrible living conditions continued for decades in these homes. The U.S. government finally stepped during the 1930s, with the creation of Social Security which provided a small pension for the elderly.

Today, the so-called ‘sandwich generation’ tries to balance their full-time work with the lives of their kids, their own needs, and the health and well-being of their aging mothers and fathers. But not all older parents and grandparents want to live with their children, and some dismiss the idea of moving into senior care facilities, preferring instead to live at home.

The world is on the threshold of having more senior citizens now than at any point in history. Current estimates state approximately ten thousand baby boomers – those born between 1946 and 1964 – are permanently retiring every single day. This raises many issues, from how much money is needed to live to be eighty, ninety, or older to American’s rapidly-dwindling social security net, and whether there will be enough funds for our seniors.

Instead of selling their homes and moving into retirement facilities, many seniors are opting to remain in their houses, or downsize and live in apartments or condominiums. Avoiding retirement homes happens for a host of reasons, including the monthly costs – usually thousands of dollars, depending on the facility and its amenities.

People also want the comfort and familiarity of the space they know. As part of a trend known as ‘aging in place,’ houses that seniors have lived in, often for decades, can be retrofitted with step-in tubs, stair lifts, grab bars, improved lighting, security systems, mobility devices such as walkers, and personal alarms to improve safety. However, many issues remain.

Organizations such as Washington-based Population Reference Bureau (PRB) have issued reports about the issue including Aging in the United States. According to the PRB report: “The vast majority of older adults in the United States live in housing units such as homes and apartments (96 percent), rather than in group quarters such as nursing homes (four percent).” And with recent population predictions from the U.S. Census Bureau stating the number of older people will surpass the number of children by 2035, there is no doubt there will be many more aged persons will be among us, and they will need assistance if they choose to live at home.

Fortunately, there are businesses specializing in at-home services for the elderly. Personal support workers (PSWs) are available to assist with everyday tasks for a fee. As we age, showering, combing our hair, and even moving from one location in the house to another can be a challenge, and PSWs help with these and a very wide range of other necessary services both in the house and out. These include help using lifts and other devices or assistance with taking medications. They may even arrange transportation to and from doctor appointments or help with grocery shopping.

Depending on the senior, the degree of care required varies considerably. Some may need basic care, while others, with conditions like Alzheimer’s disease, Parkinson’s, diabetes, and depression, will need specialized, trained caregivers experienced in these areas.

To age independently at home requires planning. From managing medications to assisting with mobility, care and expertise is required at every step, and a trained geriatrician is needed to determine if there are issues with walking or standing. Fortunately, private and, in some cases, government services exist to perform at-home evaluations inside and out. How sturdy are front steps? Are there handrails? Is there a need for a ramp? Are doors a minimum of thirty-six inches wide to accommodate walkers or wheelchairs? Is exterior and interior lighting adequate? Even modifications such as replacing tiled bathroom floors with slip-proof surfaces or adding elevated toilet seats and safety rails inside the house are considered.

While major changes can be costly, minor modifications will make living at home for seniors easier and much safer. Battery-powered LED lights are inexpensive, extremely bright, and can be attached with double-sided tape, in closets, cupboards, and dresser drawers. Motion activated lights can even be mounted under beds to light a nighttime route to the bathroom safely. Likewise, magnifying glasses are reasonably-priced, and several can be left throughout the home where they are needed, including the bathroom, bedroom, and kitchen.

For seniors who are physically unable or unwilling to clean, there are numerous services available. And for those who no longer have their license or access to a vehicle, many larger grocery stores offer delivery, including online giant Amazon via AmazonFresh and Walmart through Instacart, with one-hour services available in some areas.

If someone has special dietary needs or cannot purchase or prepare food, there is Meals on Wheels. Its volunteers deliver more than well-balanced, nutritious, and affordable meals; they also provide emotional support for clients through their visits and peace of mind for relatives who know their loved one is being checked on regularly.

Worldwide, remaining at home is becoming more viable. In Australia, the number of people aged sixty-five and over is set to double over the next two decades. The federal government, anticipating the need for many to receive services in their houses, wisely created a phone line and website called My Aged Care, where residents and their family can find valuable information on the types of aged care services available, local service providers, costs, advocacy services, eligibility, and more. Part of the reason for the move, say experts, is that the government cannot keep up with creating aged care facilities for baby boomers.

While the Fountain of Youth sought by explorer Ponce de León continues to elude us, advantages in science and medicine are within our reach, as is the ability to spend our senior years in the comfort of our own homes. 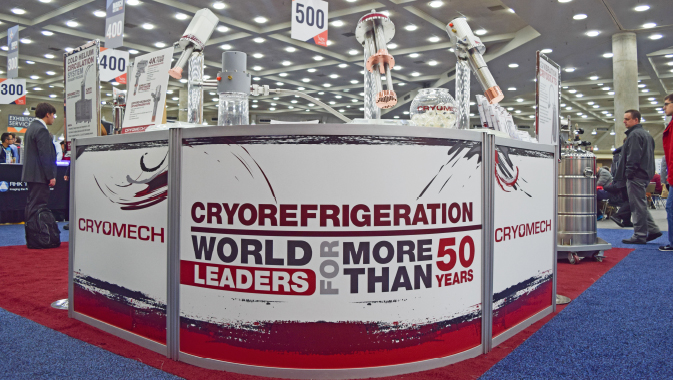 Advancement in the Cryo Refrigeration Industry Through Customer Collaboration