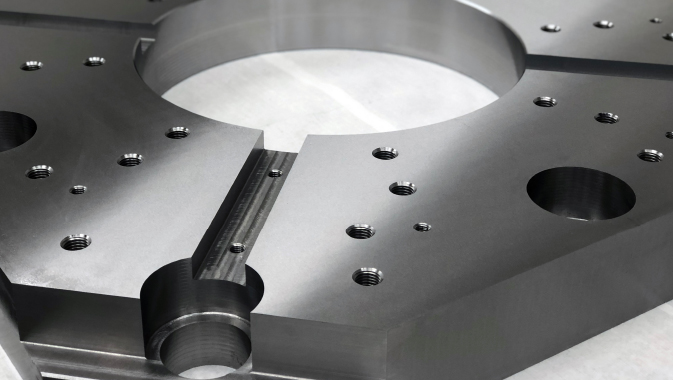 Detroit Edge Tool is a family-owned manufacturer of machined components specializing in hardened wear parts for the machine tool industry, cutting blades for the scrap, recycling, and demolition industries, surface grinding, and flame hardening. “We make precision components for all of these industries,” says company President and co-owner Ray Ebbing, “but we go far beyond that.”
~
The company was founded in Michigan in June of 1885 as a developer of machine knives for the woodworking industry. The Ebbing family took over the company in the early 1920s under the leadership of the current owners’ great grandfather. Now on its fifth generation of Ebbing ownership and after more than 130 years, Detroit Edge Tool is one of the oldest family-owned businesses in the state of Michigan and has seen a great deal of success across its lifetime.

Since its beginning, the company has demonstrated consistent growth. Under the careful direction of the Ebbing family, it has expanded into two facilities in Detroit and Roseville, Michigan totaling nearly 90,000 square feet of manufacturing space. The Detroit facility builds machine tool components, specifically wear plates, machine ways, and rails. The Roseville facility manufactures mostly industrial shear blades for the scrap and demolition industries, and also houses Michigan Flame Hardening which was added in 1998 through the strategic acquisition. Between these two facilities, the company employs roughly seventy people with Ray and his brother John Ebbing operating as president and vice president respectively.

As one of the longest operating machine tool companies in Michigan, Detroit Edge Tool has developed strong and efficient manufacturing processes as well as a reputation for superior workmanship, but its true value can be found in the level of experience that exists within its people. Many of its employees have been with the company for decades, and top level positions are often filled by promoting from within.

“I started sweeping floors in high school and ended up as a machine operator,” says Johnny Ebbing, son of Vice President and co-owner John Ebbing, Senior. “Now I’m doing estimating. There are a lot of guys who start in shipping and receiving and end up as machine operators or even plant managers. Our people see that and know that there’s room for growth, because we treat our employees like family.” Detroit Edge Tool employees have so much experience in the field that engineers and other machine tool companies often seek their guidance.

A company principle regarding family employees is that they are typically expected to work outside the company before coming on board. The company’s leadership believes that it is essential for growth that employees bring experiences and ideas from outside with them when they join Detroit Edge Tool. “It’s important that they go to school, they get outside experiences. Then, if they’re interested, they can come on board,” says Ray Ebbing. “They bring those new ideas with them. I know our boys have taught us things. It goes both ways, and it helps us grow the company.” This is a practice that began with Ray Ebbing’s father Pete and has been held ever since. Pete Ebbing helped grow Detroit Edge Tool on the global stage and effectively launched its foray into the scrap blade industry. Pete is still working on the company board today.

By treating employees like family, the leadership has built a team who are truly invested in the success of the company and who care about the work they do and the quality of the products they produce. Despite having a relatively small workforce (70 employees) and maintaining its foundation of family ownership, Detroit Edge Tool has competed successfully in domestic and international markets and weathered labor shortages by taking care of its people.

It can be difficult to find skilled employees in the manufacturing industry, but the company understands the necessity of being a flexible employer. As a result, it has people who respect the company and are willing to work hard for its customers.

Detroit Edge Tool is committed to building long-term partnerships with each customer by making the extra effort to get things right the first time. “We ask a lot of questions up front to avoid problems down the line,” says Ray Ebbing. Because of this philosophy, the company is known in the industry for being a dependable supplier that will meet expectations in quality, delivery, and price.

Constant growth is a crucial part of the company’s strategy. Whether it is in production capacity or capital equipment, every year, the company works to expand its operation. This year, it has already made some significant investments in two new CNC machines at the Roseville facility and a brand new air filtration system at the Detroit facility, and it plans to add more including new machining centers and grinders. Within the next few years, the company is planning a large addition to expand its facilities.

Continual improvement has helped the company compete in major markets by offering services that competitors cannot. Detroit Edge is often willing to take on jobs that competing companies pass over, and the operation is nimble enough to change its product line and add innovative products whenever the opportunity arises. For example, it has developed a proprietary material and heat treating process for its shear blade product line that makes it entirely unique in the marketplace.

Detroit Edge Tool has the ability to grind flats and edges up to 240 inches in length, while many competing job shops are limited to half that or less. The grinding is done in 10,000 square feet of climate-controlled space, which allows for tight tolerances to meet the standards of industries including the strict requirements for aerospace applications.

The company’s access to opportunities in demanding industries like aerospace comes from its reputation for well-made, reliable products. Machine ways and rails are for travel on machine tools, and the quality of the final product depends on the quality of these ways and rails. Detroit Edge Tool uses state-of-the-art computer numerical control (CNC) machining centers and grinders resulting in precision components made to within two ten-thousandths of an inch of the customer’s specification. The shear blades that the company produces are of a proprietary heat-treated alloy that makes them far more resistant to wear than competing products.

Because of Detroit Edge Tool’s quality, the company has been recognized numerous times by customers with gold and platinum supplier of the year awards. One special message from a very happy client hangs prominently on the wall, reminding those who read it of the value they provide in the partnerships the company has built: “Just wanted to let you guys know that we got the ways on our lathe and had a professional machine rebuilder come in to finish the work to get it running again. We just got it all put back together and did a test cut and we are blown away by the accuracy it holds now! You guys did a super job on the ways and I just wanted to say thanks! Please let the others who had a hand in on these that we are very pleased with their work!”

Detroit Edge products are depended on by companies in many industries including scrap/recycling, demolition, steel mills, automation, aerospace, automotive and many more. Early on, due to its location in in Detroit, the company focused heavily on the automotive industry, but it has vastly diversified its customer base which has enabled it to remain profitable in the face of many economic challenges. “We’ve been able to adapt,” says Ray Ebbing. “When you’ve been around as long as we have, the economy comes and goes, so you learn to deal with that. Diversification has helped. You have to be willing to change.”

After five generations of family ownership and well over a century operating in the machine tool space, Detroit Edge Tool continues to grow. Adjusting to the ebbs and flows of the industry has helped the company survive in highly competitive domestic and international marketplaces.

“We care about our people, and we care about our customers,” said Ray Ebbing of what has made the company so successful. “Throughout history in the United States it’s been the family businesses that have really kept the economy going. We’ve been able to battle through some tough times and make it through. You have to reinvent yourself with the things you learn. You move on to the next technology, the next advancements. That’s what we’ve done through the years.” 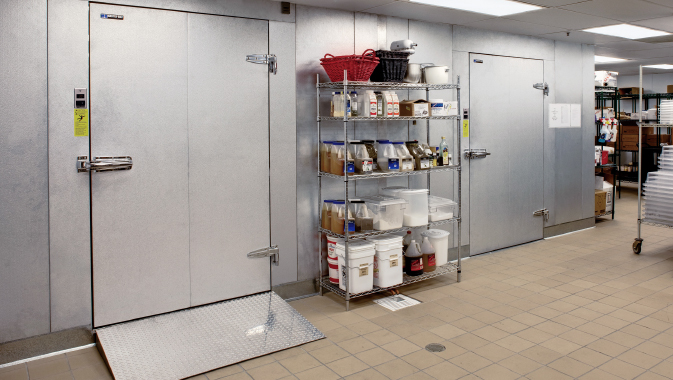 Refrigeration Solutions for Every Need