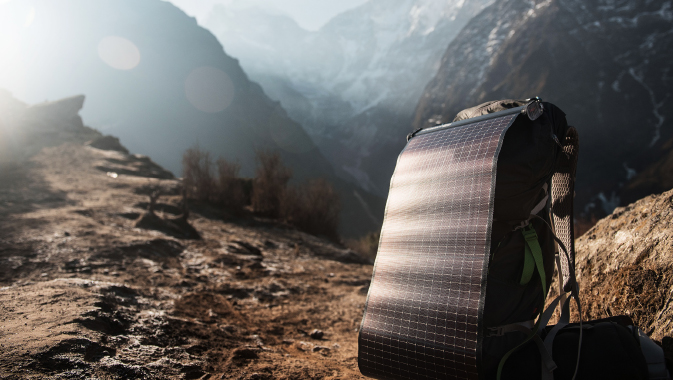 After thirty years, PowerFilm Inc. continues to shine brightly. As domestic solar companies in the United States have fallen by the wayside, this custom manufacturer of flexible thin film photovoltaic (PV) panels and systems has remained innovative and driven, bringing its customers custom designs and a collaborative approach.
~
For President Dan Stieler, PowerFilm’s thirtieth anniversary represents “quite a milestone, especially if you look at the landscape of solar companies in the United States, starting around 2008 and onward. It’s been a pretty tough atmosphere in the U.S. for the manufacturing of solar, driven primarily by price competition from foreign entities, especially in China.”

PowerFilm Inc. makes flexible amorphous silicon and semi-flexible crystalline silicon solar solutions for a variety of remote power applications. Its products are used in chargers or integrated into other products by original equipment manufacturers (OEMs) for military, industrial, and consumer goods.

Marketing and Communications Manager Seth Hansen reflected on why the company has achieved its thirty-year milestone. “PowerFilm has been able to weather the storm because we have a lot of internal talent and we control a lot of our own processes. All of the design, engineering, and manufacturing are taking place here.”

PowerFilm has benefitted from a steady supply of talent from Iowa State University in Ames, Iowa, which is also the site of company headquarters. Employees are attracted to what Dr. Stieler described as, “a pleasant culture to work in and cool products and equipment that make coming to work fun for most people.”

It is not just the talent of its people or the products that it offers that are impressive, it is also the proprietary equipment and processes that have been designed to support PowerFilm’s unique performance as a solar solutions manufacturer.

“Not only do we have the in-house sales and marketing, product development and the core material R & D, we also have the expertise here to build our own manufacturing and production equipment,” Dr. Stieler explained. This includes vacuum machines and other proprietary processes that give PowerFilm a competitive edge.

Hansen echoed the sentiment. “What’s more defensible than an entirely custom production process, with machines that are entirely custom built? There is no good way to copy what is happening here.”

PowerFilm started out making a lot of small panels, and by the late 1990s, these were being integrated into equipment like radios. At the same time, it came out with fully encapsulated, weather-rated rollable solar panels designed to survive harsh marine environments.

At that time, although it only had one production machine, PowerFilm was running full bore, according to Dr. Stieler. “We were selling everything we could out of that one production machine going to emergency radios, and that was certainly something that helped us springboard from being a company incubated at the university to being out on our own.” The company had initial success with three product areas: weather-rated panels, foldable panels, and small panels for original equipment manufacturers (OEM).

Price competition against low-cost competitors from countries like China remains a major challenge for PowerFilm, but a new domestic issue has arisen. In January 2018, President Donald Trump signed a proclamation that would come into effect in February 2018. The proclamation placed tariffs on imported solar cells and modules for a period of four years.

The decision resulted from a case before the United States International Trade Commission in which solar manufacturers Suniva and SolarWorld filed a petition seeking tariffs. The tariff was set at thirty percent and will decline five percent per year over the four years.

While operations like PowerFilm were at first optimistic about the role the tariffs would play in leveling the international market playing field, the result is likely to have a negative impact industry-wide, in the manufacture, distribution, installation, and finance of solar.

“Initially, we thought that Section 201 tariff would help us to be more competitive in the marketplace because it would bring down the price of imported products that we are competing with, but that didn’t turn out to be true. It kind of had the inverse effect,” Dr. Stieler explained.

“The markets that we are competing in were excluded from the tariff, and then the raw materials that we’re using to make the Soltronix line of product were included in the tariffs. So we’re actually paying a tariff to make the Soltronix products, and our competitors in the marketplace are not paying a tariff to import their fully-finished products,” said Dr. Stieler. Section 201 and the implications of it will certainly be a new challenge and one that exponentially worsens the price competition issue.

Throughout the years, PowerFilm has worked on projects for NASA, the military, and other U.S. government applications. Capable of meeting high military standards, the company is now shifting its focus increasingly toward the commercial sector.

“That has been a big part of what has driven growth traditionally, and now we’re really transitioning from military and really focusing in more on growing the OEM and internet of things (IoT) type markets,” said Dr. Stieler. IoT is a network of ‘smart’ everyday objects like appliances or vehicles that can communicate information, allowing them to be remotely controlled or monitored.

While the company’s core technology essentially remains the same, the breadth of its applications continues to grow. PowerFilm offers solutions and panels that come in a range of sizes and interconnect options. It was the first to bring a foldable, easily transportable panel to the market.

LightSaver portable solar chargers are thin and lightweight, and include an integrated battery. The unique ability to roll up the flexible product for storage has generated interest from hikers and other active outdoor users who want to keep devices charged to stay connected when on the go or in remote areas.

“It will charge on a clear day outside in good sun in about six to eight hours, depending a little bit on orientation, and it’s a really cool product because it fits a niche that’s not out there in the marketplace right now,” explained Dr. Stieler.

The LightSaver Max was launched via crowdfunding platform Indiegogo which Dr. Stieler explained was a good way to get some initial funding and confirm that there was an interest for this kind of charger.

“Soltronix is kind of a new venture for PowerFilm because, as I indicated, some of the markets we have, have shrunk due to the price competition. Soltronix is our answer to customers who don’t need amorphous silicon solutions,” said Dr. Stieler.

PowerFilm offers development kits which Dr. Stieler noted, “are really focused on low light indoor energy harvesting. The one kit is a Bluetooth low energy radio that connects to a solar panel that you can run off a very tiny section of solar panel,” without compromising performance.

The kits, “demonstrate that using solar indoors is a viable way to power indoor sensor systems. So, why would you want to do that? Well, with the internet of things, if you think about scaling from maybe one hundred sensors up to one thousand sensors or a million sensors and even beyond that, if every sensor has a battery and even if a battery lasts three years, you have to change that battery,” said Dr. Stieler.

“The battery itself might be less than a dollar, but the labor required to do that can be very cost prohibitive, so spending a dollar or two on a solar solution up front can save a lot of money in the future,” said Dr. Stieler. He explained that the software used in the development kit is open source and an Android-friendly app is available to support customers.

PowerFilm helps customers understand indoor and outdoor solar use. The goal is to not only innovate but educate the market about the role solar can play and the value it can provide.

“A lot of people, when they look at solar, they are really focused on what solar can do on a utility scale, and what PowerFilm does is not utility-scale solar. So it’s really, how can solar power my devices, and part of that is educating even the engineering groups about how solar works and how you can use it to charge and power your systems,” Dr. Stieler explained.

As it continues to embrace the opportunities from the internet of things and customization market, PowerFilm is well poised to remain competitive as a maker of remote, portable solar power solutions. 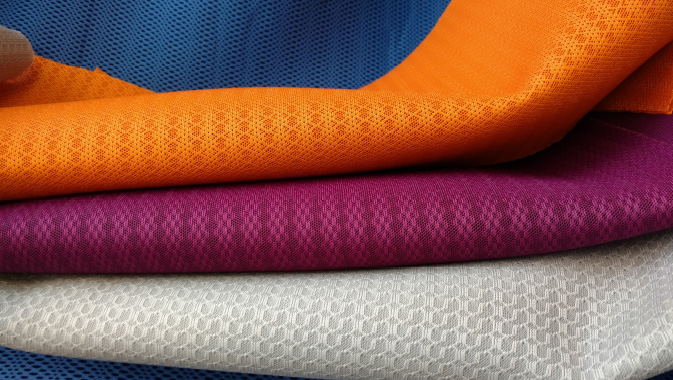