Custom Furniture that is Just Right for You 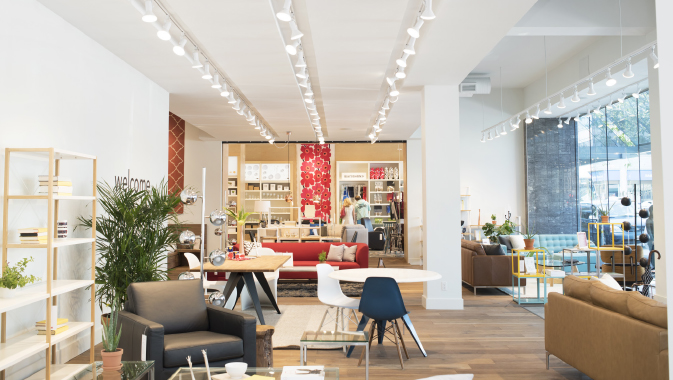 EQ3, established by Peter Tielmann in 2001, grew out of Palliser Furniture Upholstery Ltd., Canada’s largest residential furniture manufacturer and is located in Winnipeg, Manitoba. EQ3 is a vertically-integrated company that designs, manufactures, and sells furniture in its fourteen branded retail stores in Canada and the U.S. and on line in both Canada and the U.S.
~
Says Mark Letain, company president, “Our name, EQ3, stands for emotional quotient, and it references how people interact with their three-dimensional living space. We feel there’s a strong emotional energy that goes into a decision to purchase furniture, more than when people buy appliances like washers and dryers. We eat from it, sleep on it, lounge on it, and interact with it in ways you don’t with other household items,” he shares.

“Furniture reflects individuality – whether people are more modern or more traditional – and it becomes a reflection of the person and the space they create. We believe there’s an emotional investment, and we are part of that emotional journey.”

When people shop for a sofa, for example, he says other retailers might show them a choice of three or four colours, “but we offer a lot of choices – a wide range of fabrics and leathers. There are in fact over one hundred fabric, leather, and wood swatches in our designer kit and our choices are growing all the time.”

In 1999, Peter Tielmann, now chief executive officer of Palliser, came to work for Palliser leading the import division of Palliser Furniture. The company had a strong tradition of craftsmanship, known, Letain says, for “attention to detail, quality, and design which was very important to Peter.” However, “he soon recognized that modern furniture was under-represented in the North American market.”

He also realized there was an entire demographic that would appreciate quality, customized furniture in the medium price range. EQ3, featuring a line of clean, modern designs, was launched in the wholesale market in 2001 at the High Point Market in North Carolina, North America’s largest furniture market. The line was an immediate success.

“The reaction from retailers was great,” Letain says, “and we developed a line of products for living-rooms, bedrooms, dining-rooms, and home office, and they were well received.”

They were so well received that retailers who liked the EQ3 branding entered into franchise agreements. “We thought we would be a better wholesale company if we understood retail better, and over time, our retail business grew. But during the recession, a lot of our franchises ran into trouble, so we took over more locations, and by 2010, decided to get away from the franchise model, so now all EQ3 stores are corporate stores.”

Currently, EQ3 operates two stores in Toronto and one in nearby Burlington, three in Montreal, and one each in Vancouver, Ottawa, Laval, Quebec City, Calgary, Winnipeg, San Francisco and Emeryville, California. “We’re looking to expand in the U.S. with two store openings in Chicago in early 2019, and a location in Manhattan in mid-2019, so we’re looking toward a really significant U.S. expansion in 2019.”

Customization and choice continue to be top of mind at EQ3. Letain says there are seventy people working currently in the plant in Winnipeg – sewers, cutters, framers, and upholsterers and that number will increase to over 100 by the end of 2019. “They take the pattern, cut and sew it, build the frame, upholster it, pack it, and that’s all done in Winnipeg, and it’s all made to order. We don’t build stock, and every sofa we create has a customer’s name on it and is shipped in four to six weeks. We offer more choices in materials and material combinations than our competitors not only as it relates to upholstery where customers can choose from dozens of leather and fabric and leg options, but also in categories like rugs, lighting, and now dining.”

EQ3 is committed to Canadian design and Canadian designers. “We partner with the interior design community and do a significant amount of business with them because they trust us,” says Letain. “We also have our own in-home design consultants in our stores because sometimes people struggle with visualizing their space, so we’ll send our design consultants to our customer’s home to give them some guidelines and help them make choices.”

Although the management at EQ3 believe manufacturing in Canada is ideal, it is not always possible, as some materials are not as readily available here as they are overseas. Currently, thirty percent of its products, mainly dining tables and storage pieces are manufactured to the same high standards in the EQ3-owned factory in Indonesia. Because Canada does not have a rug making history, hand-knotted wool rugs are sourced from India.

“But we want to improve our Made in Canada story,” Letain says. “We want to support local suppliers, so right now we’re teaming up with a local manufacturer in Winnipeg and doing a customization story on dining room furniture that we’re launching this fall. We’re going to customize within a half-foot, so if someone wants a table that’s 3.5 foot by 5.5 foot, we can do that. And if they want a table that measures eight foot by two foot, we can do that too. And we can do it in Canadian maple, American walnut, oak or ash, and it’s all made in Canada.”

Another option EQ3 is able to offer for the home office of residential customers is the ergonomically designed AERON chair manufactured by Herman. “Herman Miller is an iconic company, not only from a design perspective but from an ergonomic perspective,” Letain says, noting how proud the company is to be the largest distributor of Herman Miller in Canada.

EQ3 also has a substantial commercial offering. It has outfitted hotels, doctors’ and lawyers’ offices and recently outfitted the lounge areas for the Banff Centre for the Arts in Alberta.

What challenges is EQ3 facing? “Well, it’s a highly competitive landscape,” Letain admits, “and we’re facing the same challenges as other retailers. To be successful, you’ve got to be a true omnichannel retailer, meaning that you’ve got to be good at both e-commerce and brick and mortar and offer an experience for the customer that is seamless. The retail game has changed, and we know we have to be good at both.”

But he’s feeling confident about the future. “It’s an exciting time for the brand. The market for modern furniture continues to grow and as a vertically integrated company with a unique product line we are well positioned to capitalize on the growing demand for modern furniture. We also believe that consumers are looking to lifestyle brands that stand behind their products and provide excellent customer service, and that is what we do better than our competition,” he shares.

“We come out of a long and deep furniture tradition. We are a design-based company, and we pride ourselves on fantastic design and construction, and we stand behind our products.” 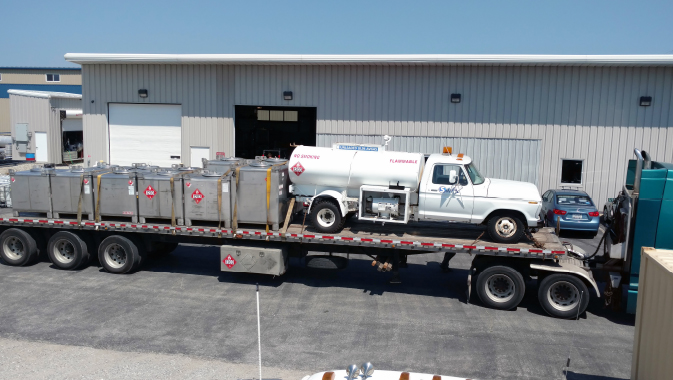 The Supply Chain Management Company that has Hit the Ground Running

Custom Furniture that is Just Right for You