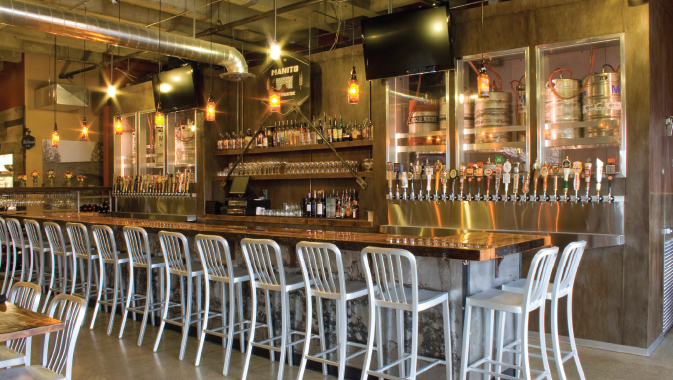 While cold-storage specialist Imperial Brown, Inc.’s reach has spread, the core of what it does has not changed since Business in Focus profiled the firm in our February 2017 issue. Customized refrigeration products, particularly insulated panels for freezers and walk-in coolers, remain the company’s speciality.
~
Imperial Brown has expanded immensely. In early 2017, the Portland, Oregon-based custom refrigeration products manufacturer acquired a firm in Prague, Oklahoma that makes walk-in coolers and freezers. Thanks to the Prague purchase, it is now vastly easier for Imperial to reach clients in the middle of America. Imperial Brown has become “a full-range, full-country manufacturer,” states Vice President of Sales and Marketing Steve Bert. The company also has manufacturing facilities in Salisbury, North Carolina.

“That’s all we make: walk-in coolers and freezer panels and things like that for a variety of applications from restaurants and hotels all the way to scientific applications – test chambers, pharmaceutical chambers, medical labs, marijuana grow rooms, you name it. There are a lot of applications for what we build,” says Bert.

The foodservice industry still accounts for roughly two-thirds of the company’s business. The firm has not entered into any new markets but has increased its presence in restaurant chains, grocery stores, and convenience stores over the past two years, according to Bert.

Imperial Brown is poised to increase its presence even further, thanks to its new manufacturing facility. The company has invested heavily in the Oklahoma operation, reports Bert. “We’ve increased staff levels. We have been adding new equipment into that factory, restructuring the plant as far as workflow goes. So there’s a lot better workflow now and updated equipment. [The Oklahoma plant] is so much faster and efficient than what they were before.”

The Prague plant’s strategic location near the geographic center of the U.S. has proved a huge boon for the company, and is currently exceeding expectations, doing about four times historical sales numbers.

Previously, Imperial Brown had to manufacture everything in the coastal states of Oregon and North Carolina, which sometimes made transportation expensive. “Shipping from either coast to the middle of the country was quite cost prohibitive. We would lose out to people. We’ve got competitors in Tennessee, Mississippi, Minnesota, and Wisconsin in the middle of the country. So we were really under the gun trying to ship from both coasts,” states Bert.

Imperial Brown can trace its roots back to 1970 and a Portland company called Imperial Manufacturing. In May 2012, Imperial purchased W.A. Brown, a firm in North Carolina that made walk-in cold storage products, changing its name to Imperial Brown. The Prague, Oklahoma firm that Imperial just purchased was originally called Artic Temp Inc. and was established in February 1984. Imperial Brown’s headquarters remain in Portland.

Walk-in cold storage panels come in two varieties: hard-nose and soft-nose. Each is manufactured differently. Imperial Brown is the only manufacturing company in the United States that can make both types.

“If anybody else has the ability to do it, they haven’t announced it to the marketplace. We’re the only ones with the hybrid technology that can put the two together on the same box. Typically, that’s because it’s a big equipment investment. Our competition, generally, are either hard-nose or soft-nose. They have the equipment to build all soft-nose panels, or they have the equipment to build all hard-nose panels. They don’t have both. We are fortunate enough to have both in all three factories,” says Bert. This capability is “our number one differentiator. That’s where we hit the sweet spot. We can do custom boxes cheaper than the other guys can.”

The scale of Imperial Brown’s products is somewhat eye-popping. The company recently provided panels for a freezer and cooler unit and sophisticated electric doors to a school district in Elgin, Illinois. The products were built for a commissary that ships lunches to thousands of students daily and had massive food storage requirements. The wall panels Imperial Brown came up with for the commissary were twenty-three feet tall.

With the company in expansion mode, Imperial Brown looks for certain traits in potential employees. “Experience really isn’t a necessity. It’s gumption or good old-fashioned attitude,” states Bert. “As far as sales go, I look for a good education along with an aggressive, positive attitude that cannot – won’t – take ‘no’ for an answer. They will do whatever it takes to satisfy the customer’s requirements.”

Anyone who joins Imperial Brown will find themselves working for a unique company that offers plenty of enticements. New employees receive a benefits package after working at the firm for sixty days. This includes dental, vision, medical, and short-term disability coverages plus life insurance. Employees can increase the amount of their life insurance or register for a long-term disability plan.

Imperial Brown is a worker-owned firm, having introduced an employee stock ownership plan (ESOP) roughly a decade ago when it was still Imperial Manufacturing. ESOP programs typically give individual employees more say in a company’s operations and more pay or benefits when business is good. Imperial Brown employees who complete one year of service become part owners of the firm. After the one year mark, workers can also take part in Imperial Brown’s 401(k) pension program.

According to Bert, the ESOP program is one of the firm’s strengths. “ESOP is great. Everybody likes it. Everybody’s on board. I’ve worked in big companies before that didn’t have ESOP, and people probably cared a little less. I see a lot more care with Imperial Brown than with other companies,” notes Bert.

This sense of ownership filters down throughout the company’s corporate culture. “I would say most of our workers, from what I see on a day-to-day basis, truly feel invested in the company and are trying to get the best possible outcome with every single task they have, whether they’re in purchasing or they’re in receiving or in shipping or out on the line building doors or building panels. Everybody is invested in trying to satisfy customer requirements and exceed those requirements,” he says.

Imperial Brown has recently been involved in high-profile projects involving the Space Needle in Seattle and sports stadiums in Milwaukee, Wisconsin, and Los Angeles. The firm is also set to provide cold-storage products for a sports stadium in Las Vegas and “a big KPMG commissary in Florida,” says Bert. The sports stadium work primarily involves walk-in coolers and freezers at concession stands throughout the facilities.

Outside of its foodservice clientele, Imperial Brown has provided products for scientific laboratories and blood banks at Harvard University, Stanford University, and University of California, Davis, among others. Pharmaceutical storage clients include Merck, Roche Molecular, and BioMarin.

Following the legalization of recreational marijuana in Washington State, Oregon, and California, Imperial Brown has prepared equipment for cannabis grow rooms. Other happy clients have included the Kodak Company, which used the cooled space to preserve old films; a restaurant at One World Trade Center in Manhattan, and the San Francisco Museum of Modern Art that wanted to control humidity and temperature in facilities storing artwork.

Not content to rest on its laurels, Imperial Brown will soon be releasing a new refrigeration panel controller. The firm plans to debut the controller at the next trade conference for the foodservice industry in Orlando, Florida, February 2019.

According to Bert, the biggest challenge facing Imperial Brown at present is the intensity of competition facing the company. There are many firms in the refrigeration space, which means Imperial Brown “has to be aggressive on our pricing and make sure we build and ship [excellent] product. We can’t give an opportunity to go to the other guy,” explains Bert.

As part of its expansion strategy, Imperial Brown is keeping an open mind about opening other branches. “To sustain growth, we might need to add another factory down the road to keep consistent lead times and spread things out a bit,” states Bert.

For now, however, Imperial Brown is squarely focused on building up its third plant and serving new clients. “We’re just trying to make a bigger presence in the marketplace, especially in the middle of the country. We haven’t been there. There’s a lot of work involved with maintaining our growth and making our presence felt,” says Bert. 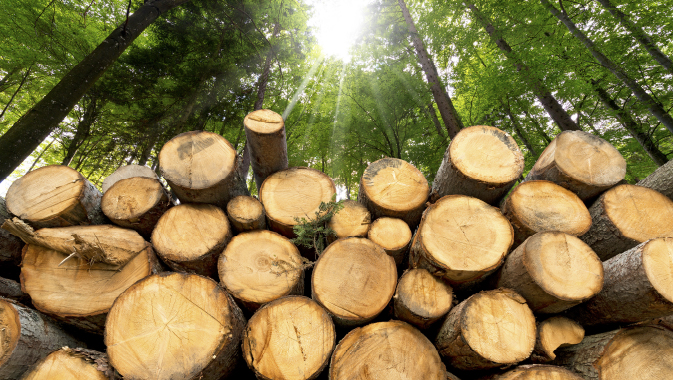