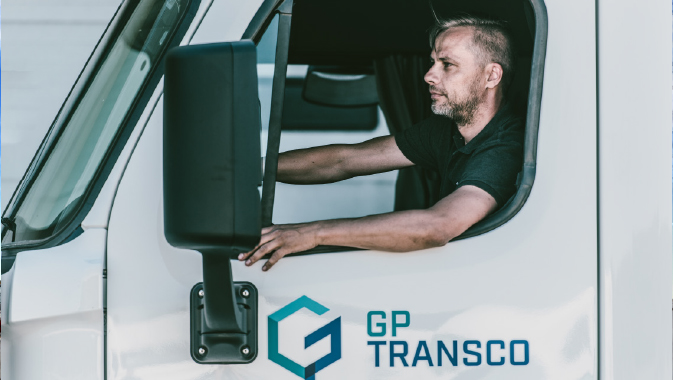 GP Transco, from Darien, Illinois, is one of the fastest growing trucking companies in the country. It has a fleet of 350 trucks and over 500 trailers, serving the U.S. and Canada. For GP Transco, the driver is the customer and receives the highest respect. This company is growing rapidly and is continuously hiring new drivers. We spoke with Chief Executive Officer Dominic Zastarskis and Director of Marketing Sergey Bort.
~
GP Transco was founded by the current President of the company Gedas Poviliunas in 2006. Gedas began the company with a couple of trucks while he was still in school, majoring in finance. Three years ago Dominic Zastarskis, CEO, and Amos Savickas, Executive Vice President, came into the fold. Dominic was in aviation before getting into the trucking industry and Amos had already been working in the transportation industry for a number of years.

“This brought in a new era, and since 2015, there has been an explosion of growth which was aided by new branding and marketing efforts. Today we are an Inc. 5000 and Crain’s Fast 50 Company, and just last month we became the 5th best trucking company to drive for on TDS (TruckDriversSalary.com) based on pay, benefits, and driver satisfaction,” says Sergey.

GP Transco’s region is in the Midwest, and it operates dry vans that transport mainly consumer goods. However, it does not have a specific niche in either freight or customers, and is able to transport any other type of non-dry van freight through a network of trusted carrier partners. The trucking company is balanced between the dedicated freight and spot markets, with the latter being very favorable presently. The spot market has commodities sold and delivered with no lag time. Sixty percent of the company’s freight jobs come from the spot market.

The idea is to have an even split, with half of the work going to company assets and half to owner-operators. “I think that’s a good balance. With the spot market, there are no contracts with the customer, which can make things quicker and more convenient for the driver. It is done on-demand. It’s like the stock exchange where the brokers or customers post loads, and we post trucks, trying to find the best match for it,” says Dominic.

The relationship with its drivers is of paramount importance at GP Transco. “We have a shared governance, where we ask the driver for feedback. There are a host of operational logistics that don’t have an obvious right or wrong answer, so we reach out to our drivers and ask for their input. The drivers know that they are a part of the decision-making process,” says Dominic.

GP Transco looks at detailed data and determines what is most likely to be important for their drivers. While GP Transco is the 5th highest paying trucking company in the nation (according to TDS data), sometimes it is not a matter of how much drivers make, but how respected they are. GP recognizes the relevance of that and implements policies in both the office and with dispatch to make sure the drivers receive honest, professional, and respectful treatment.

An extensive GP Transco driver survey report from July 17, 2018, strives to determine how the company’s drivers are treated and details everything from how the drivers are supported to whether management knows them by name, if drivers’ ideas are given value, and many other variables. These statistics are also weighed against national industry averages (based on Commercial Carrier Journal data).

According to the study, an unprecedented 91 percent of GP Transco driver say that they are happy driving with the company, and 96 percent feel that they are respected by GP. Furthermore, 91 percent say that GP Transco helps them in dealing with shippers and receivers, while only 65 percent of non-GP drivers feel the same way about their carriers. Remarkably, 86 percent of GP Drivers feel that management knows them by name, compared to the 45 percent national average. The report concludes that, “GP Transco drivers seem to be happier in general, when it comes to work. GP drivers agree more frequently that GP Transco helps them with a number of things, such as dealing with law enforcement, shippers, and receivers, etc. compared to the national average. GP Transco drivers also agree more frequently that GP Transco takes things like home time and route preference into consideration.”

GP Transco rarely experiences issues attracting new drivers, as they are considered a premium carrier by many prospect drivers, with a line of drivers waiting to begin the on-boarding process at GP. With all that, it is without a doubt the company’s reputation which is driving that success.

GP Transco has invested a lot into the look of their trucks and trailers, their headquarters, their website, and their general online presence. It took a few years for the investment in marketing and branding to pay off, and now the positive results are evident. Hundreds of potential drivers apply each year, and since the company requires a minimum of one year driving experience, drivers fresh out of trucking school patiently wait to become eligible to join the elite carrier.

“We have special criteria that we [human resources] look for in our safety perspective. We have formulas in place to look at driver history, [Department of Transport] inspections, and driver records along with background checks. We take the driver pre-qualification process extremely seriously but make it as simple and effortless as possible for the drivers,” says Dominic.

One of the biggest factors for why the company has so much success has to do with its proprietary trucking management software (TMS) called OpenRoad, which will soon be available to the public. “Internally, we think of ourselves as the Google of trucking,” says Dominic. The company took five years to develop their own transportation management software, and it provides unique capabilities and tools for GP’s operations team. The fleet and tracking capabilities translate to better results for owner/operators and company drivers.

At any given time, everyone in the office can see where the trucks are and how long they have been sitting without a load, so the entire team understands if a truck needs to be covered or if there is an issue with it. “Once you show that kind of situational awareness to the drivers and how serious we are about on-time delivery and the minimization of sitting time, and when the entire operations team understands at any given moment what’s going on with our fleet, it really makes a difference,” says Sergey.

This transparency is evident throughout the company, which has an open-door policy. The drivers can call at any time with any concerns. Management listens to and values these calls and answers questions honestly, which drivers appreciate. Sergey gives out his cell number and encourages feedback. It is a very modern management plan in and out of the office and is extremely rare to find in the trucking and logistics industry.

At headquarters, the atmosphere is more akin to that of a modern IT company. There are “things such as social media involvement programs for our drivers, photo contests, rewards for ‘driver of the month’, and other accomplishments. We publicly promote all these things, and it can go a long way for drivers, as not many carriers are doing that. It makes them want to stick around, and makes GP more than just a place of work; it is a culture for some of the drivers,” says Sergey.

Even pets are allowed with drivers as they go on the road, making work more enjoyable for them. This is certainly not the norm in the industry. Drivers will post photos occasionally of themselves with a pet in the cabin, which GP gladly promotes on their Facebook and Instagram pages.

“Everybody in the company is available, and we take feedback very seriously. As the Director of Marketing, I have drivers calling in with ideas on the design of shirts or decals and what kind of promotions or specials they’d like to see. We always encourage that sort of thing,” says Sergey.

The drivers have an online group that is closed to management – it is a driver-only group where they can discuss issues and share information with each other. “The drivers know that they can speak freely without ‘getting in trouble’ and without the fear of ‘Big Brother watching’. They support each other and give professional tips to one another. Phone numbers are exchanged for support. We understand that opening such forums may invite the possibility of negative comments and criticisms, but we are ok with that,” says Dominic. “Criticism leads to constant improvement, and that is what we are all about.”

When it comes to the marketing, Sergey likes to promote the involvement of the drivers. They feel like a part of the overall process, and the company is doing well because of them. It benefits GP Transco to promote a culture that enables the drivers to take pride in their work. 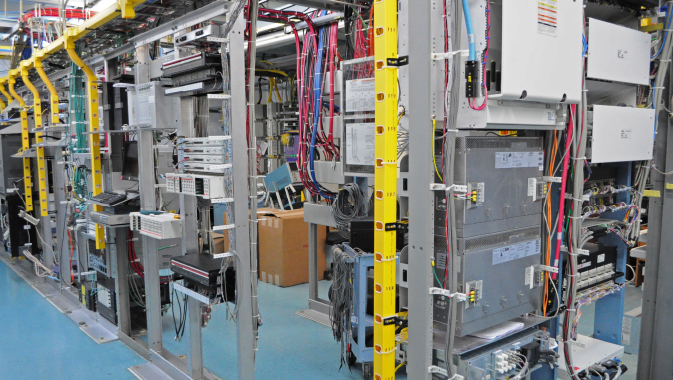