Are You Wired for IIoT? 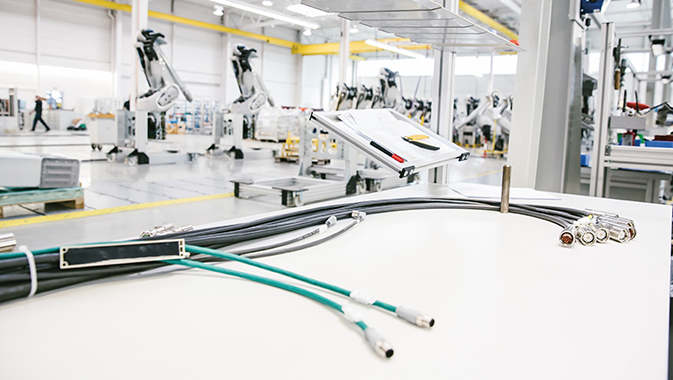 To keep moving, one needs the capability to do so. Data works in the same way and it is increasingly changing how we interact with our surroundings. Just as we got used to the Internet of Things (IoT) taking care of everything from automotive controls to health applications, IIoT arrives.
~
While the Industrial Internet of Things is not news for everyone, the cabling that makes it function optimally in manufacturing facilities and other plants is – for most. For the IIoT to function, the Industrial Ethernet (IE) and Time Sensitive Networking (TSN) must connect networks and machines, and these processes are about to change the world and the way we manufacture forever.

To make this all a reality, factories are faced with a pressing need for powerful data cables at competitive prices – which is easier said than done.

Headquartered in Florham Park, New Jersey, LAPP is here to ensure reliability and advanced transmission speeds never seen before in manufacturing. The company’s latest invention, LAPP ETHERLINE®, is here to support the next industrial revolution, Industry 4.0. As everything around us begins to exchange data, it allows machines to communicate with each other across networks, and to be controlled remotely. The technology presents significant benefits such as better machine capacity control, improved timing between manufacturing processes, and more – with the right data cables in place, of course.

LAPP ETHERLINE® cabling is so advanced it offers speeds of 10Gbit/s – a massive improvement on the current speeds of between 10 Mbps and 1000 Mbps on average. At 1000 times faster speeds, it comes as no surprise that LAPP’s Industrial Data Communication (IDC) division has recently grown by 27 percent, proof of how important its expertise is in a manufacturing market that has become reliant on new-world technology.

Georg Stawowy, a LAPP Holding AG board member, recently referred to IDC as “the basic commodity of the 21st century,” at the company’s international trade press event in June, and Linda Bardzell, E-Business Marketing Manager, explained that, “The automation pyramid changes when the control systems are decentralized, because a new aspect, IDC, is introduced that is every bit as crucial as software, protocols, sensors and controls. Installing the best cable for the job translates into long-term automation success.”

Those familiar with Industry 4.0, an umbrella term for the manufacturing industry’s collection of new technology such as cognitive and cloud computing, data and automation exchange, and more, will know that word is out on who can integrate all this new technology in a logical way that actually works. As such, manufacturers who plan to implement the revolutionary new technologies need to equip themselves with the necessary knowledge to save frustration, time and, ultimately, money.

To this end, Bardzell believes that the most important question facility owners who are implementing IIoT should ask themselves is: ‘Are our cables ready?’ LAPP is a top thought leader in the field and has a number of answers to help everyone better understand the importance of these cables.

“We all know that wireless is great when it’s working, but it’s really not great when it isn’t. As wireless isn’t 100 percent reliable in harsh conditions, Ethernet cables have to do the job,” explains Bardzell. With the disturbances characteristic of factory floors, wireless IIoT connections are impractical, as sensors are highly sensitive. This makes the use of cables in IIoT unavoidable. Another upside to cables is their relative safety from online predators, a danger that is still present even with 5G. “Wireless has its justification, but it doesn’t pose a threat to wire-bound systems; instead it is a supplement for special requirements,” says Guido Ege, Head of Product Management and Development at LAPP.

Industrial Ethernet systems are fast outgrowing more traditional Fieldbus systems in factories by around 22 percent vs. just 6 percent. Although the latter is thought to be tough, it is often incompatible with systems different to itself and is, therefore, less desirable in the Industry 4.0 arena. To eliminate concerns about durability, LAPP has made sure that its latest offering can withstand the most trying conditions. “Our products are manufacturer-neutral and always tailored to the application. That means they can be used for all common communication systems,” Ege says.

The company is always looking ahead and as such, is helping its clients protect themselves from secondary upgrades by delivering next-generation cables capable of going beyond IIoT. This will allow them to remain speed-compatible as operations evolve toward ever smarter factories. LAPP ETHERLINE® also protects manufacturers from potential losses caused by slower cabling. These cables may be compatible at the outset but end in chaos later due to downtime caused by data transmission malfunctions inherent in even slightly outdated technology. “These new industrial communication standards really increase productivity while reducing production cost, but to digitalize successfully, one has to future-proof IE networks with the LAPP ETHERLINE® cable,” says Bardzell.

To add to its outstanding service offering, LAPP has a dedicated team who designs the necessary integrated systems to deliver smooth automation from the moment of installation. With its eye firmly on industry returning to North America, and the company’s U.S. President, Gerald Lawrenz’ extensive knowledge of business automation, LAPP guarantees that all its design engineers and other relevant professionals who deal with clients, including sales and logistics staff, are on top of the latest industry knowledge. To achieve this, the company has launched a training project to keep all involved on the required level of expertise in Industrial Data Communication. Training includes subjects such as network topologies, or layouts; protocols; and the physical layer, or first electronic layer, in automation.

LAPP’s advice to all company leaders is to educate and inform themselves in IIoT and what it can do for their companies. This data-driven technology wave will continue to grow and, in order to remain competitive and relevant, it is wise to keep up with the latest advances in the field. The company’s favorite example of the power of data differentiators can be found in the American automotive industry. Two decades ago, American manufacturers were of the opinion that nobody could compete with them until mechanics became universal and data entered the equation. Information became so valuable that it gave birth to Industry 4.0 – and, although it would appear that not everyone agrees entirely about its exact definition yet, nobody can deny its presence. The good news is that the LAPP team is there to support the transformation with stellar innovation.

And it has a whole range of new components to assist in the process. The ÖLFLEX® CONNECT range includes its North American certified ETHERLINE® PN Cat.6A FC with 10 Gbit/s at 500 MHz bandwidth which, due to a lack of inhibiting components, allows a fast connection and is quick and easy to assemble. Also in this range is the EPIC® MH Gigabit data module, a data and energy transmitter. To complete the offering, ETHERLINE® ACCESS distributes data under even the toughest industrial conditions.

LAPP is geared and ready to lead the way, and educating its clients and employees in all it has to offer is key. “This includes providing customers with the very latest knowledge, through webinars or explanatory videos for example,” says Stawowy. The team is also planning to add subjects like the fundamentals of automation technology to the list. LAPP has everything that any manufacturer needs to upscale their plant in order to become Industry 4.0 compatible. Its strong portfolio of next-generation cable options offers a solution for every single automation need in all factory scenarios including automotive assembly and manufacturing, food and beverage, oil and gas extraction and more. In fact, it stocks over 42,000 components used in such installations, most of which are industry-specific cables.

And LAPP goes beyond indoor quality. Due to the incredibly harsh conditions encountered in the wind turbine, oil and gas and other outdoor industries, LAPP also designs a lot of its own technology in order to guarantee its clients in environmentally challenged industries of the best quality and longevity possible. Its world-leading cables can be found in medical electronics, automotive plants, transport, general industrial control systems, and more.

After 60 years in business, and inventing the modern-day cable as we know it, LAPP is also widely known in Europe and has its parent company in Kabel, Germany. It also has offices in Canada and Mexico. Therefore, no matter where your facility is located, LAPP is able to assist in bringing your industrial Ethernet and all other data cabling up to standard.

Georg Stawowy is positive about the future and although cautious of making predictions, believes great developments are underway. “We will see networked value creation architectures,” he shares. “Relationships between companies, customers and users will no longer be defined by their location or their association with a company but by the digital ecosystems that connect them. Whatever the future brings, LAPP will supply the infrastructure for it.”

Sidebar option:
Decentralized control systems lead to a change of the Automation Pyramid:
•There is a new layer in the automation pyramid that is equally as important as the software, protocols, sensors and controls that make up an automated system… Industrial Data Communication (IDC).
•Choosing the right cable upfront in the design process is critical to guarantee the long-term success of your automation efforts. 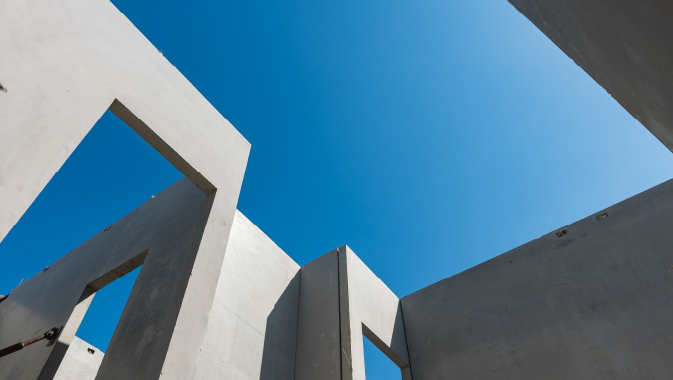 Over 35 Years of Heavy-Duty Protection

Are You Wired for IIoT?